Wi-Fi extenders allow you to extend your existing Wi-Fi network when your primary router cannot cover the whole house. It can be an effective way to improve Wi-Fi performance without upgrading your internet plan. The method is not always efficient, however.

You can use it to extend your network to those hard-to-reach spots in your home, and it is much less expensive than a full mesh system. In this article, we'll explore how Wi-Fi extenders work, along with their pros and cons.

How do Wi-Fi repeater work?

A Wi-Fi extender (also called a Wi-Fi repeater) is a relatively simple device. Your existing Wi-Fi network is duplicated and rebroadcast using this device. The signal's range is thus extended, so it can cover more ground. The extender connects to your Wi-Fi network via an app or website on either your phone or computer. It's usually best to place the extender halfway between your Wi-Fi router and your dead zone. You need it close enough to the router to connect to your network, but also near enough to the dead zone so the new signal is effective.

If you want to use a range extender, the first step is to choose whether you want to purchase a compact model that plugs directly into a power socket, or a more substantial model that needs to be placed on a desk or shelf. A desktop model may also have additional features, such as Ethernet ports, which can be useful, but plug-in models are easier to use.

Buying a Wi-Fi repeater will allow you to make the most of your existing connection. Make sure your Wi-Fi router is connected to the modem - either the one you bought yourself or the one you got from your ISP. There are two parameters you'll want to match between your router and the extender you want to buy: the Wi-Fi generation and the Wi-Fi speed. Wi-Fi 5 (802.11ac) and Wi-Fi 6 (802.11ax) are the two main generations. Typically, the speed of an extender is expressed as a function of its connection: for example, if the extension is marked as "AC750," it will use 802.11ac at up to 750 Mbps. There is a max speed of 1800 megabits (1.8 gigabits) if it says "AX1800."

An extender that's newer and/or faster than your router will work fine. Since the extender won't be able to speed up the connection from the router itself, you'll end up paying for something you don't need.


How to Connect an Repeater?

Changing networks isn't a big deal for a single device, such as a laptop that spends most of its time in an office or bedroom. With smartphones and tablets that move around more, this can be a bit of a hassle. This problem can be eliminated by using a range extender like Netgear's newest EAX80 model, which merges its Wi-Fi network with that of your main router. It is called 'roaming' since it allows you to automatically switch between router and extender depending on which is closest. 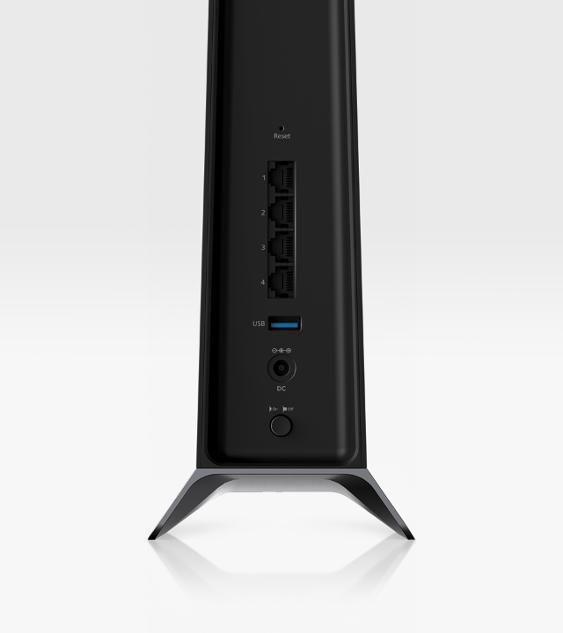 With your Wi-Fi extender now installed, you can seamlessly switch between the two whenever your home's connection is down. You can access your router and extender both from any device connected to your home network by opening your Wi-Fi settings as usual. Your router will be able to connect to both options (2.4GHz and 5GHz Wi-Fi). Switch to your extender whenever you move into a room with a low connection, and you'll have a fast connection again.

The app should take care of connecting to the Wi-Fi extender without you having to enter a password. It is still necessary to switch over manually every time you enter a room with a bad connection, rather than automatically switching over to the extender.

When it comes to expanding your Wi-Fi network, Wi-Fi extenders are generally a cheaper option than upgrading your internet plan. The following are some reasons why you should install one:

Despite this, extenders aren't always appropriate. An extender has the following disadvantages also:

The vast majority of Wi-Fi extenders (but not all) broadcast a new Wi-Fi network with its name. You'll need to connect to a different Wi-Fi network in one part of your home, and a different one in another part of your home. To avoid this, look for extenders that rebroadcast on the same network name - or replace your router instead of using an extender.

It's almost certain that the extended network will have fewer bandwidth capabilities than the original router, even though it can span over a long distance. The result can be lower speeds than you expected. You might want to consider a mesh network if the consistently high network speed is important to you. Mesh networks deliver much larger networks without the need for extenders.

Best Wifi repeater or range extender you can buy in India

Looking for a good repeater to fix the limited range your Wifi router offers? Here we suggest some of the best repeaters you can find to buy online.

Why Wifi Repeaters can be a bad idea and what are the alternates?

The most suggested solution for Wifi coverage issues is not as good as it sounds. Repeaters, extenders, boosters: Call them what you like, but it's a common solution that doesn't solve the problem. There is an alternative recommendation. In this article, you'll learn why repeaters should be avoided - and what you can do in their place.