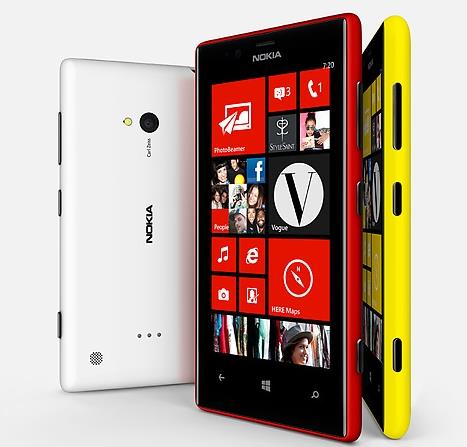 The 2013 edition of Mobile World Congress held in Barcelona has already become the paradise of leading tech firms busy unveiling their new products. Nokia too made their presence with the announcement of Lumia 720 and 520 Windows phone. The mid range phones equipped with strong specifications will truly add a feather to the cap of Nokia, which had always taken steps to merge innovative technology into their devices. The Nokia Lumia 720 which runs on windows OS is having a sleek design which can truly attract the young tech enthusiasts.

The Lumia 720 which has much similarity with its predecessor Nokia Lumia 920 had made its place secure in online shopping site Clove UK. Priced at £299.99 (including VAT), the Nokia 720 will be available in black colour only. To be available from 1st April, Clove is accepting online orders for the device as the price and availability have already been confirmed. The Lumia 720 which is proposed to go for sale in the second quarter of 2013 will reach the shores of Asia and Europe and other markets in coming months.

The retail price of Lumia 720 is calculated to be approximately $320 - $338. This brand new smartphone offers unlimited music streaming which is free from advertisements or subscription charges. For those who could wait for a couple of months, you can pick the Lumia 720 from different colors options like red, cyan, yellow, black and white. 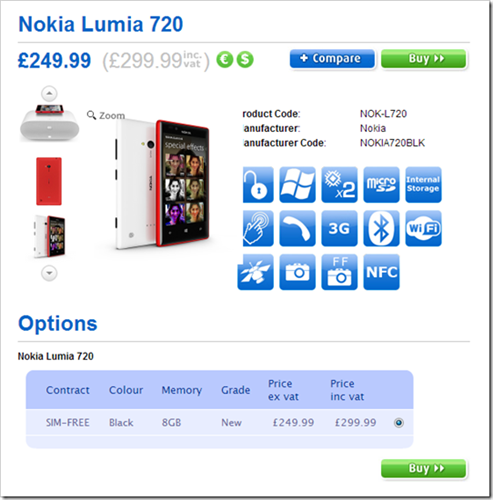 Equipped with stunning specifications, the Nokia Lumia 720 would be a perfect companion, if you have wide interest in photography. May it be day or night, a wide variety of unique Lumia apps can create perfect profile picture with Glam Me while Smartshoot and Creative Studio which adds an extra touch to your photo that would make you a hero in social networking sites.

The Nokia Lumia 720 which stands between the solid Lumia 620 and flexible Lumia 820 is an example of Nokia's commitment in creating a range of smartphones suitable for people with different need. With Lumia 720, Nokia aims to regain its dominance in emerging markets like China. The device would start rolling in Hong Kong, Vietnam and Singapore during the first quarter of 2013 whereas quarter 2 would be the option for key markets like Europe, Asia, Africa and India.

JBL known for its majestic innovations in surround sound has teamed with Nokia offering the PowerUp Wireless Speaker to be available for Nokia Lumia 720. The PowerUp would relatively give high quality audio with deep bass. Priced at £284.99, this speaker would be available in black shade.

How to buy Nokia Lumia 720 online from Clove UK