In mobile market, there is a competition going on. Few years ago Nokia was the most trusted brand for everyone. But after Android mobiles the market of Nokia mobile phone has dropped down. But now Nokia is coming into the market with Windows mobile phones. Nokia Lumia 920, the Windows 8 mobile phone which has interesting features and specifications. HTC's mobile Windows Phone 8X is going really well in the market. So which Windows 8 OS mobile phone is better, check this out. 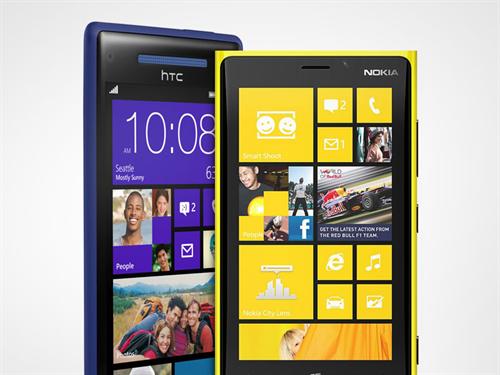 In connectivity area, both the mobiles have 3.5 mm jack for headphones, Wi-Fi, GPRS, EDGE, WLAN, NFC, Bluetooth3.1 and micro USB2.0 . But Nokia Lumia 920 has one interesting thing for the music lovers, it has the Dolby headphones sound enhancement which has the amazing sound than the HTC Windows Phone 8X. Lumia 920 has the 8 MP camera with 3264 x 2448 pixels with optical image stabilization, LED flash, Pureview technology and Geo tagging. It has the video facility of 1080p and it also has the secondary camera of 1.3 MP. While HTC Windows phone has 8 MP camera with LED flash and has the same resolution as of Nokia Lumia 920. HTC Windows phone 8X has 2.1MP front camera. The only difference between the camera of both Windows 8 mobile phone is of front camera of HTC mobile.

This article on HTC 8X Windows 8 phone is reviewing the device by discussing it's features, specifications and current price in Indian markets. I have also included the most important user reviews, feedbacks and rating given by the buyers of HTC 8X. Read on.