During 90's you may have played a popular video game "Syndicate". It was one of the most popular video game series of that time developed by Bullfrog Productions. A reboot of this game is developed by Starbreeze Studios and published by Electronics Arts at the beginning of this year with same title - Syndicate. It is a video game of first-person shooter genre which was originally a tactical shooter game. Syndicate was released on 21 February, 2012 in North America. In Europe, it was released on 24 February, 2012. The game can be play on Windows, PlayStation 3 (PS3) and Xbox 360 platforms. 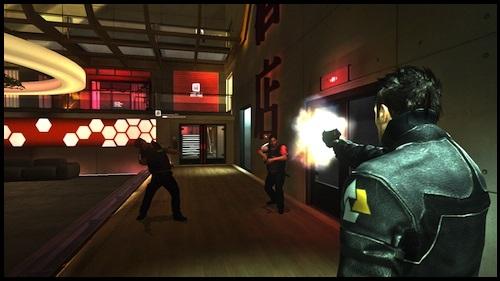 The setup of the game is in year 2069. In past Eurocorp corporation releases a DART chip. Now due to which the world is not ruled by governments but by mega-corporations also known as "Syndicates". Eurocorp corporation and other mega-corporations has a kind of competition between them. They have agents who worked for them and against their rivals. Agent Miles Kilo is the latest agent of Eurocorp who is equipped with DART 6 chip. Miles Kilo is also the main protagonist of the game. He works with his senior Jules Merit and Lily Drawl for the benefit of Eurocorp against rival corporates. At one Time Kilo learns that his boss Denham has killed his parents in the past to make him an Eurocorp agent. Kilo fights against both Eurocorp agents and other Syndicates. He was supported by Lily Drawl.

Gameplay
One of the best thing about Syndicate vido game is its Gameplay. The player in this game is having many hi-tech weapons and gadgets. They can see the digital world, see through walls,etc. due to DART 6 Bio-chip. Players can also use "breaching", in which they have three options to force on enemy - Suicide, Persuade and Backfire. Suicide option forces enemy to kill themselves and its nearby allies. Persuade forces the enemy to become helper for temporary period. And Backfire blows the enemy's weapons. Though the game has multi-player mode it doesn't have online pass for it. Upto four players can participate in multi-player mode. In single-player mode, player take the role of Miles Kilo - a prototype agent.

Review
Sydicate game will provide you a very good experience. A fast paced shooting experience and having many twists in the storyline will going to excite you. The single-player mode of this game is good. But the real value of this game is in multi-player mode. Levels and missions of the game are well-assembled. The "Breaching" concept also enhance the strategic behaviour of the game.

Syndicate game received good response from the critics. They praised its excellent weaponry and shooting. They also praised the "Breach" mechanics. Apart from the critics the video game lovers doesn't received the game as expected. Its less number of sale is the proof of that.

Will Darksiders 3 and Metro franchise ever see the light of the day?

Draksiders was one of the best hack n slash RPG of 2012 as well as Metro: The Last Light, a great post-apocalyptic shooter. Sadly though, both franchises' future looks uncertain as THQ has gone Bankrupt. Will they ever see the light of the day? Let's find out.