ASUS TaiChi is not just a a Windows 8 tablet or ultrabook, it is a tablet cum ultrabook with dual screens, one inside and one outside. These dual screens, that works simultaneously, make ASUS TaiChi a convertible ultrabook. ASUS TaiChi is considered to be the world's first ever convertible notebook which can be easily converted from a notebook to an amazing table by just closing the lids of the Notebook. ASUS TaiChi also supports all the features that a similar tablet or an ultrabook has while operating on Windows 8 as their user interface. ASUS TaiChi ultrabook has been announced in two major models which differentiate in screen size, one is 13.3 inch and other 11.6 inch.


Design and Display of ASUS TaiChi

ASUS TaiChi has brought completely new design in its latest Product TaiChi. ASUS TaiChi is an Ultrabook that has been designed with dual screen. ASUS TaiChi is as this and as light as the Zenbook. This product from ASUS is completely a new design among convertible laptop by designing uniquely with two IPS screen, where this Ultrabook can be easily converted into a fully functional tablet. When the two panels of ASUS TaiChi are put back to back. As it has been announced with an amazing concept of IPS dual display, it can be considered as both an Ultrabook and a Tablet. Both the fantastic dual display screens of ASUS TaiChi, which are being placed opposite to each other, has a 13.3 inch dimension with a very good colour and brightness. There is no doubt that ASUS TaiChi comes with multi touch capacitive touch screens on both the faces, one on the inside and another being outside. ASUS TaiChi also had brought a new IPS LCD technology inside it, having a high resolution of 1920X1080 pixels and provides an aspect ratio of 16:9, thus we can believe that both the screens of ASUS TaiChi supports full HD display. 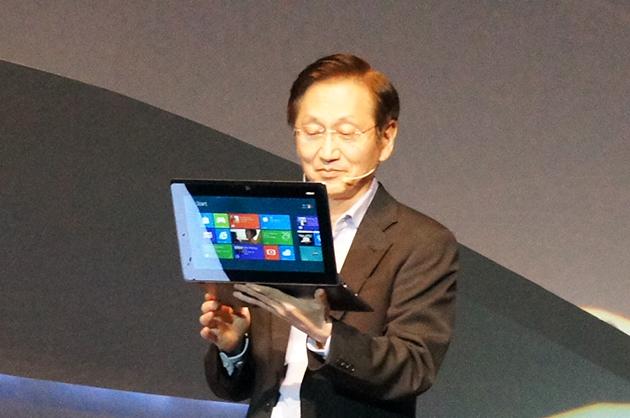 ASUS TaiChi is the newly announced product from ASUS. ASUS has really made this product very much compatible for the Windows 8 interface. ASUS TaiChi runs with Windows 8 as its Operating System which has been powered by Intel`s 3rd Generation core inside it. ASUS TaiChi has been designed with Intel Ivy Bridge Core i7 processors inside it. It has also a DDR3 RAM having a capacity of 4GB and a SSD storage.

Other features and specifications of ASUS Tai Chi

ASUS TaiChi also holds dual camera, one on the rear face and one the inside face. This dual camera features using camera distinctly while using in either Ultrabook mode or in Tablet mode. Currently ASUS TaiChi holds a price around $800-$1500. ASUS TaiChi is the first multiuser tablet where the dual IPS LCD technologically build LED backlight screens of ASUS TaiChi enables two users to work at the same time on both the screens individually. ASUS Tai Chi also provides a smoothly finished Backlit keyboard with touch sensitive mouse pad.

The two models 13.3 inch one and 11.6 inch one of ASUS TaiChi is the first ever ultrabook-cum-tablet which is ever designed in the world. It is a fascinating model by ASUS where the user is allowed to work on two screen at once. This is a great useful and works fantastically with multiuser interface within the single device. Also ASUS TaiChi provides the maximum latest technologies within the device. Even though ASUS TaiChi can be considered as two distinct modes, one ultrabooks and other as tablet, both the modes have an equal specifications and features and that too are being used equally by sharing. The concept behind this technology is that, one screen will reflect what is going on in the other. If anybody is looking to buy a laptop and a tablet, then ASUS TaiChi will be the best product for them. It most recommended to buy this product to those people as the budget for buying both products can be managed and it can be used either simultaneous or distinctly one after the other.