Let us have a glance over the features, specs, price and availability of various cheapest Windows 8 tablets, below.

The following are some of the best and cheapest Windows 8 tablets available in India:

This tablet was released in the month of November 2012. It comes loaded with many useful features and specifications.

Display and Design: The Asus VivoTab RT TF600T comes with a huge 10.1 inches multitouch display with a screen resolution of 1366 x 768 pixels. The display type is super IPS plus LCD capacitive touchscreen that offers 16M colors. The screen is protected by a Corning Gorilla Glass and TruVivid technology is used. The device weighs 525 g and has dimensions of 262.5 x 170.9 x 8.3 mm. 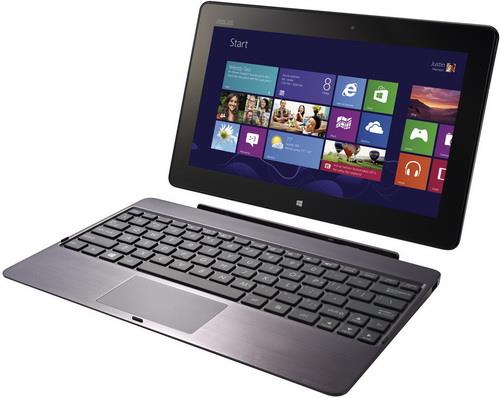 Operating system, Processor and sensors: The tablet runs on Microsoft Windows RT, which is a variant of the Windows 8 operating system. Under the hood, the Vivotab RT is powered by a quad-core cortex-A9 processor that clocks at 1.3 GHz. The chipset used in the device is Nvidia Tegra 3 T30 with ULP GeForce GPU. This device features an array of sensors that include Accelerometer, gyro and compass.

Connectivity and Battery features: The Vivo tab RT doesn't support any GSM options. It has some usual connectivity features like Bluetooth v4.0 with A2DP, Wi-Fi, NFC and USB v2.0. This windows 8 tablet of Asus is packed non-removable Li-Po battery that can procure up to 9 hours of battery backup.

Camera and other features: This one of the cheapest tablets comes with an 8-megapixel rear camera with auto-focus and LED flash. It also has Geo-tagging feature. When you look at front of the device, you could see 2 MP secondary camera that aides users to make video calls. The other features of Asus Vivo tab RT include SNS integration, HDMI port, SonicMaster sound technology, and quad speakers. The device can give you excellent sound quality while listening to music.

Price and AvailabilityThis Windows 8 tablet of Asus would be available in Gray color. The price of this device ranges between Rs 24,500 to Rs 47,427 (Since it is available with two memory options 32 GB and 64 GB). If you are pleased with its features you can buy it through various online portals like Ebay, SnapDeal and many. As far as price is concerned, it is one of the affordable and cheapest Windows 8 tablet available in India.

Display: It comes with an a 8.1-inch screen with a resolution of 1280 x 800 pixels and LED-backlit display with ten-point multi-touch. The device weighs 540 grams and is 11.35mm thick. 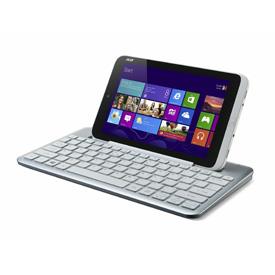 Operating system, processor and RAM: Acer Iconia W3 runs fully on Microsoft Windows 8 operating system. It comes pre-loaded with Microsoft Office Home & Student 2013. It is powered by a 1.8GHz dual-core Intel Atom Z2760 processor which is supported by a 2GB of RAM. So, the device could offer good multi-tasking experience.

Memory and Camera features: This Windows 8 device offers two memory options that are 32 GB and 64 GB, which also includes a microSD card slot that will allow up to 32 GB of external storage. The device flaunts dual camera options. You could see a 2-megapixel shooter at front and rear sides of the device. These camera features might not attract the users.

Connectivity and Battery features: The connectivity options offered by Acer Iconia W3 include Wi-Fi, Bluetooth 4.0, Micro-USB and Micro-HDMI. The device is packed with an impressive battery that can offer ample power supply by up to eight hours.

Other features: The Acer Iconia W3 comes with an optional full-size wireless Bluetooth keyboard dock. It also houses a couple of useful Apps like Social Jogger app that allows you to aggregate feeds and post to your Facebook, Yahoo, Twitter or YouTube accounts.

Price and AvailabilityThe Acer Iconia W3 has been priced at an MRP of Rs 30,499 for the 32GB variant. However, fortunately the online retailer 'Croma' is providing Iconia W3 64GB variant at an offer price of Rs 29,990 only.

The device was released and available in the month of November 2012. It doesn't have a support for GSM. It comes with decent screen size and impressive resolution. The device also has sufficient RAM and good internal memory. It runs on Windows RT operating system. Let us see the detailed features and specifications of Microsoft Surface RT tablet.

Display and design: The Microsoft Surface with RT features dazzling 10.6 inch with a resolution of 1366 x 768 pixels. The display type is TFT capacitive touchscreen that offers a pixel density of 148 ppi and 16M colors. The screen of the device uses ClearType technology. The dimensions of the device are 274.6 x 172 x 9.4 mm and it weighs 680.4 g, which is a little bit bulky. It comes with an integrated Kickstand. The tablet features a detachable keyboard.

Operating system, Processor and RAM: The Microsoft surface tablet runs Windows RT OS. It is powered by a quad-core processor of Nvidia Tegra T30 and comes with 2 GB of RAM.

Memory and camera features: This Windows 8 tablet houses an internal storage of 32 GB that can be expandable by up to 64 GB via microSD card. There is a 1.2 MP primary and secondary snapper with Geo-tagging feature.

Connectivity and battery features: On the connectivity front, the Microsoft surface RT offers many features like Wi-Fi 802.11 a/b/g/n, dual-band, Bluetooth v4.0 with A2DP, USB Host support, USB v2.0 and GPS. The device packs a non-removable Li-Ion battery that can procure up to 360 hours standby and up to 8 hours talk time.

Price and availabilityThe Microsoft surface with Windows RT comes at a price of around Rs 42,000 from various online and offline retailers. It would be available in dark titanium color. 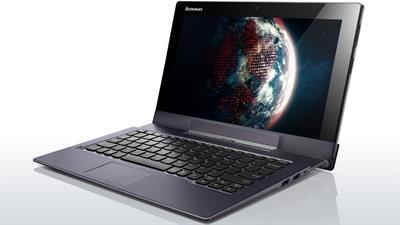 The IdeaTab Lynx K3011 packs an internal storage of of 64 GB which can't be expanded further. On the connectivity front, the tablet supports a couple of features like Bluetooth v4.0, USB 2.0 and Wi-Fi. Other features of the tablet include G-Sensor, ALS, Proximity, E-compass, Gyro Sensor, Digital MIC Array x2 and other. The IdeaTab Lynx K3011 comes with a dock that has a a physical keyboard and the device packs a 6800 mAH battery of Li-Ion type. This IdeaTab Lynx K3011 of Lenovo is priced at Rs. 51,990.

It features a 10.1 inch IPS Display with a resolution of 1366×768 pixels. Under the hood, there is a 1.8GHz dual-core Intel Atom Z2760 processor and an Intel HD SGX545 GFX for graphics processor. It flaunts dual camera capabilities. There is an 8-megapixel rear camera with LED flash and a 2-megapixel front camera. 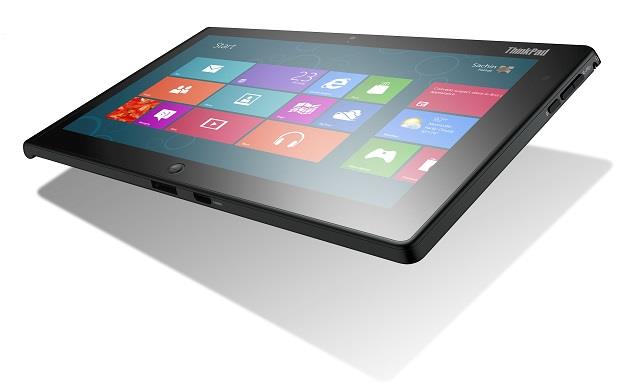 The Thinkpad Tablet 2 runs on Windows 8 Pro 32-bit operating system. The tablet sports 2GB of RAM which aides in multitasking. It houses 64GB of storage. The connectivity options of Thinkpad tablet 2 include Wi-Fi, Bluetooth 4.0, GPS and many more. Other features of the tablet are USB 2.0, mini HDMI, microSD, dock connector and 3.5mm audio jack. The Lenovo Thinkpad Tablet 2 has been priced at around Rs 50,000 plus taxes.

Feel free to ask questions through the comment section provided below, if any.

Stop your search right here for the revieew, price and availability of the HP Slate 8 tablet. Designed as the first Windows 8 business tablet, HP Slate 8 holds many promises which we have covered in our review. Read on to know more about HP Slate 8