Now the time to celebrate, Samsung has unveiled its most expected Samsung Galaxy S IV smartphone in the New York. Galaxy S IV looks similar to its predecessor Galaxy S III. But, this smartphone has the latest technology and features. The raise in its features are not all of sudden, it is just a bit with amazing features which made the smartphones lot more than now. It is also more away from the iPhone. The disappointment is its look like previous successor Galaxy S3. But, the increased screen size and features hide the things for the users. 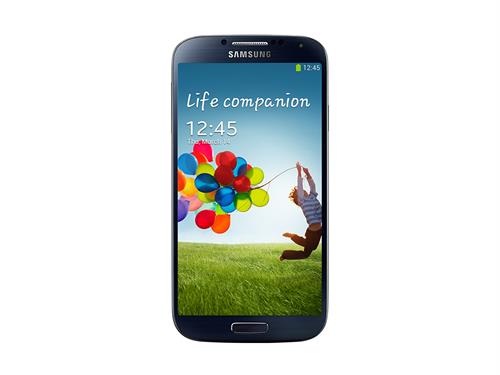 Samsung Galaxy S IV has the same design as the Galaxy S III. There is change in all the specifications to the extreme. The extreme features are increased with screen size, upgraded and faster processor, camera with more resolution, and display screen with increased resolution and also, the increased battery backup time. Apart from these features, there are attracting features such as pausing videos when there is distraction of the eye contact, TV channel and volume control through the infrared. This feature also available in HTC smartphone. But, the overall features in Samsung Galaxy S IV are much advanced and attracting features which makes the people that they cannot live without these features.


This smartphone has gorgeous 5 inch display with saturated 16 million colors. The display is with full high definition AMOLED screen which will be attracting the fans with its saturated colors and contrast which gives a natural look. The angle view is good because of pixel density is 441 ppi pixels. It has updated Touch Wiz UI. The resolution is 1080 x 1920 pixels and it is protected with Corning Gorilla glass 3. The low reflectivity paves the way for the outdoor use. It is White Frost or Black Mist colors. The device has better finishing which gives pleasure on holding.

Samsung Galaxy S IV is preloaded with the latest version of Android Jelly Bean 4.2.2 Operating System. It is known that there will be new version OS Key Lime Pie in the coming month of May 2013. During unpacking of this device it is said that this smartphone will be available in the market in the end of the month April 2013. So we can expect an upgradable Operations System in Galaxy S IV. Samsung is the first mobile manufacturer company introducing the octa core processor in its latest smartphones. Galaxy S IV has Octa-core processor. The chipset is Exynos 5410 which has four Cortex-A15 cores for the high performance and there are four power saving Cortex A7 cores for less performance. Galaxy S IV is powered by Snapdragon 600 chipset. The updated Touch Wiz gives better notifications and easy switching of GPS, Bluetooth and Wi-Fi with additional gestures. The GPU is PowerVR SGX 544MP3 / Adreno 320. 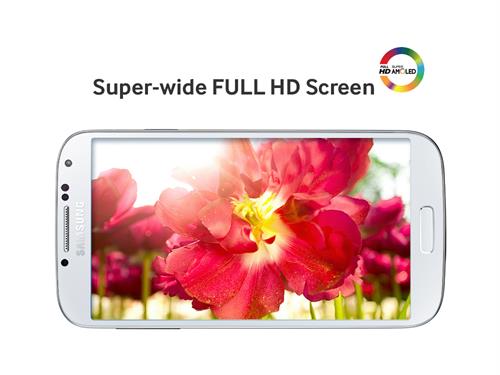 The Galaxy S IV has the rear camera with 13 Megapixel with the advanced UI and camera features which is more than the Galaxy S III. There is simultaneous video recording option available in the both front and the back camera with the option to merging the same. The camera has option with 9 seconds clips which helps to create gif images which has a static background behind the moving images which is recorded in 9 seconds as clips. Galaxy S IV has LED flash, auto focus, dual shot imaging and simultaneous video and image recording facility. The camera resolution is 4128 x 3096 pixels which gives better images by the high pixels camera. The face detection, smile detection, image stabilization and high definition recordings are its additional features. There is also video recording at two speeds as 60 and 30 frames per second at the resolution of 1080 pixels. You can record videos in the both front and rear camera and make it as single clip. The dual recording is the new feature in this smartphone Galaxy S IV introduced by Samsung which is found in LG Optimus G Pro. As all the other precursors, there is no specified camera key. The images can be optimized before saving. The high megapixels camera supporting with many features available in Galaxy S IV which is a newer generation device.

The Galaxy S IV has a feature called air gesture which helps to do the operations without even touching the screen and only by waving the hands in front of the display. The control is through the infrared which has blue dot indicator on the options. The gesture helps to switch over the pages during browsing, scroll the pages, attending the calls, skips the songs, pauses the videos. This feature shows the contents of the gallery without opening the same. The automatic pause of videos on switching the attention to the videos is an advanced feature in Galaxy S IV. The air gesture control is supporting with a sound.

Recommended: Samsung Galaxy S6 vs Apple iPhone 6 - How do they fare against each other?

This smartphone has adapt display which means it changes its brightness, contrast and saturation depends on the contents seeing. For example on seeing the white background emails it brightness gets low to give better reading, adjust the contrast during videos, adapting to the documents. This feature gives a healthy eye for long time without getting tired.

Galaxy S IV has Li-Ion 2600 mAh standard battery in the back panel. The battery backup is extended with this battery but battery life is not enough during gaming and browsing in the 3G and 4G LTE network.

On the whole outlook is like the predecessor but there is substantial increase in the hardware and software. The high resolution large screen attracts all kinds of people. The processor is doubled through the chipset. Galaxy S IV has high competition such as Sony Xperia Z and HTC One. But the catch up features such as wireless charger, eye attracting features, high resolution screen, high processing speed gives advantages over the competitors. The internal memory and RAM is up to limit in this era that is 64GB memory and 2GB RAM. But the camera without dedicated key is still to be considered.

Samsung announces that Galaxy S IV is going to be released in April or May, 2013. The new version from Android Key Lime Pie will be released in May and it is expected to be upgradable in Galaxy S IV. The expected price is about $579 without tax. The overall price will be less than Apple iPhone5. Galaxy S IV is available in India in April end or May at the cost of about Rs.44000 /-.