LG Electronics, the world's third largest phone-maker, has launched its flagship product, the LG Optimus G in India on the 26th of February 2013. While it's a good 4 months after its global release, the Indian market is one which LG has high hopes for. The Optimus G faces stiff competition from entrenched smartphone players such as the Galaxy S III and Sony Xperia Ion. And with a premium pricing of 34,500/-, does it have what it takes to be the new king of the Jungle? Read on to find out. 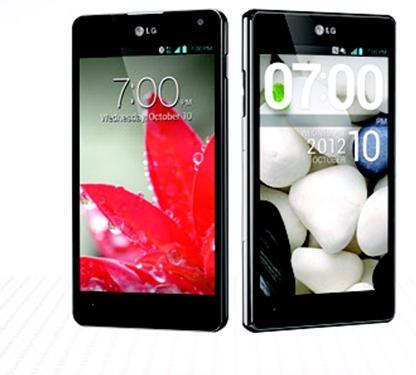 I absolutely loved this latest premium smartphone by LG, especially the look and feel aspect of it. With a rectangular form factor defining its looks, the LG Optimus G weighs in at 145 grams with dimensions of 131.9 x 68.9 x 8.45mm. A 4.7-inch WXGA True HD IPS Plus Display delivering a 320 ppi pixel density with an aspect ratio of 15:9 and a screen resolution of 768 x 1280 complete the package. It is powered by a 1.5GHz quad-core Snapdragon S4 processor that is supported by 2GB RAM and comes with 32GB internal storage. The operating system is the Android Jelly Bean(V 4.1.2). Connectivity features include 3G and 2G, Wi-Fi, Bluetooth 4.0 and microUSB 2.0. The user experience is completed with a 13MP camera including an LED flash.

The LG Optimus G has a beautiful black sleek unibody design created by Zerogap touch technology. The premium glass-made back with a crystal pattern and a fine metal line finish will clearly raise the bar in terms of design for all other smartphones. Another plus for the LG Optimus G is its sharp, crisp and brilliant display with color accuracy. It shows much better results when compared to its competitors in areas such as Full White Luminance, Ambient Contrast Ratio (ACR) and Addressable Resolution. The Zerogap Touch technology developed by LG eliminates the gap between the glass and the LCD panel by having the ITO sensor film directly printed on the cover glass. This eliminates diffused reflection giving a sharper display. The visuals are hence closer to the screen and more immersive. There is no screen burn-in as in AMOLED displays. It is quite attractive and catches the attention of people around you(from my experience).

The LG Optimus G has a blazingly fast processor that enables multitasking effortlessly. In fact, across multiple independent benchmark tests, it has outperformed its competitors in factors like speed, performance, graphics and battery life. The Snapdragon S4 Pro incorporates Adreno 320 GPU for enhanced gaming capabilities while The Quad core CPU can clock up to 1.5GHz. Combined with its Asynchronous Symmetric Multiprocessing capabilities, the Optimus G provides excellent performance and enhanced battery power.

The Optimus G released in India features the Jelly Bean version of Android unlike its international counterparts who feature the Ice Cream sandwich. However, the custom LG Optimus UI layered onto the OS adds quite a few innovative functionalities that will shake up the market. The apps are quite interesting and user-friendly. Some of the ones we liked are –

1. QSlide - This interesting feature allows working on two apps simultaneously. The transparency can be adjusted according to the priority of the app. This app is the most attractive one according to me. 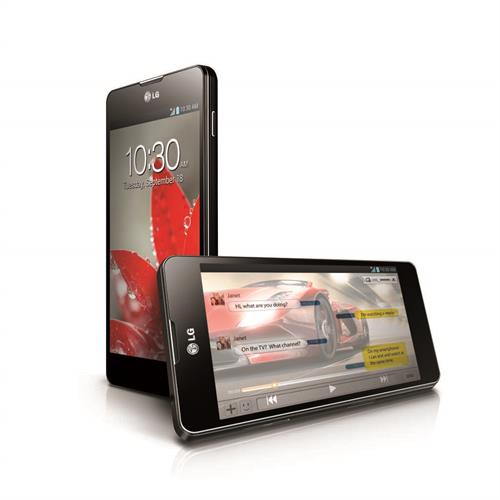 2. Live Zooming - This feature allows to zoom in an image or zoom out from a live video while it's playing and maintain the image quality (with the help of advanced pixel rendering from the Quad core processor and true HD IPS Plus Display tech).

3. Quick Memo - This feature allows creation of memos by pressing the QuickMemo hotkey. You could also share this with friends/ colleagues as well as save contacts from the QuickMemo.

4. Quick Translator – Allows translation of any international language into English and vice-versa.

5. Screen Zooming – Allows any display on the screen to be zoomed in on.

The Optimus G Android smartphone is equipped with high-density 2,100 mAh battery with prolonged charging cycles. This delivers a talk time of 15 hours and standby time of 335 hours. LG has increased the average charging cycle to 800, thus delivering quicker charging. There is also an Eco Mode which can be turned on to get longer battery life. The high density battery (embedded) technology developed with the help of LG Chem helps it to fit the sleek design.

LG has joined the race to offer more megapixels and coincidentally the Optimus G features a 13MP camera at the rear as well as a 1.3 MP resolution front facing one. Despite the high resolution, the main camera actually fares quite poorly in critical areas such as noise resolution and low light photography. But then, this is a smart phone and not a camera. LG does overcome this drawback to a great extent by adding on software functionalities that enhance the user experience. Check out this picture taken from my balcony garden using LG Optimus G. 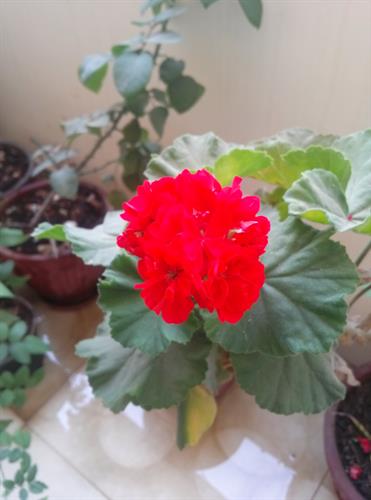 Some of the cool features I love boasting about are –

1. Smart Shutter - This feature adjusts the shutter speed to capture sharp and blur-free images by sensing an unstable camera and the movement of the object to be captured.

2. Time Catch Shot - This feature eliminates the shutter lag. It captures the moments before the shot. The Time Catch Shot icon will appear with many shots. You can choose the best picture or multiple shots. I love this feature - I tried this in a lot of different poses and could select the best snap.

Our Review on Optimus G

The LG Optimus G is an industrious looking phone with its clean lines and rectangular form factor. Clearly aimed at bridging both the business and home users, the phone carries quite a punch from a performance perspective where it clearly is the chart topper. Another important plus point is the long battery life. From an user perspective, the Optimus clearly stands out from its competitors.

But an average camera performance could limit it's flaunt factor. Also, the camera is protruding and could be subject to scratches and damage easily. Also, the outer surface with its metal line finish is quite rough. We prefer a smooth surface.

Clearly the Optimus G is the best phone from the LG stable in a long time. But with a 4 month delay in launch from its international debut and strong competition from all sides, it is left to the consumers to decide whether it will be the new king of the Jungle.

To get more technical specifications on LG Optimus G, go to the products page.

Are you looking for overview of LG Optimus G smartphone? Samsung has released this smartphone in November, 2012. Read this article to know about the features, overview and technical specifications of LG Optimus G.

Why not with MDM 9225 or 9625 Qualcomm Chipset so that we could get Global LTE and could have used LTE in India? We badly need wireless fast Internet. Will LG, Samsung, Sony consider such options? We don't want dongles and need USB 3.0 also with it.

Hopefully LG will consider Parths's suggestions listed above. Since it is some time since they launched the product, have they introduced the said features by now?