LG is coming up with the much anticipated flagship G4. After a series of teasers and leaks, the new device from LG may be launched in India in May. A sure improvement over LG G3, the device sports new design and camera improvements. 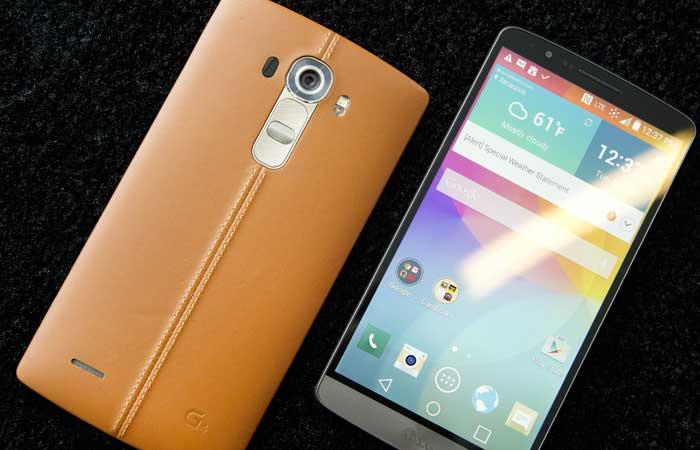 Keeping up with its curved design of previous flagships, LG has continued to have the curved look. With physical dimensions of 148.9 x 76.1 x 9.8 mm, the phone weighs 155 grams. The back cover is made of plastic. You will also get an optional leather back cover. The basic plastic back cover is good for handling and grip, but the leather option gives it a premium look. The leather covers have a 3D diamond pattern. The phone is expected to hit the stores in Grey, White, Gold, Leather Black, Leather Brown, Leather Red color variants. 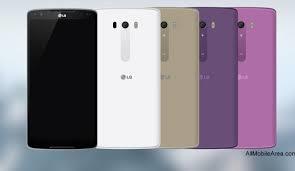 LG G4 has an improved 16 MP camera compared to its predecessor. The camera features a resolution of 5312x2998. Other camera features include Auto focus, Optical image Stabilisation and face detection. It also has a dual LED flash. The camera has a HD recording capability at 1080p at 60fps and 2160p at 30fps. G4 has been touted as the world's first smartphone to feature f/1.8 aperture and fastest auto focus. The camera has three shooting modes – Simple, Basic and Manual. It also carries a special a special hardware for camera – Color Spectrum sensor – which is used to used to adjust white balance and flash color based on ambient light.
The front camera has got a boost from G3 and improved to 8 MP. Just like rear camera, it has a wider aperture.

The LG G4 runs on Android Lollipop 5.1 out of the box. Customisation is provided by OptimusUX 4.0 which has been recently been released. The device features a Dual Window mode to run two apps simultaneously. This is akin to the Multi Window feature on Samsung devices. KnockON and KnockCode are available as in the case of previous LG flagship.
The customization by OptimusUX is quite leaner. There are not much bloatware installed. Themes are missing though.

Connectivity features of the device are WiFi, Bluetooth 4.1, NFC, GPS, InfraRed, microUSB and FM radio. Sensors on the phone include Accelerometer, gyroscope, proximity, compass and barometer. The device comes with a battery of 3000 mAh. Standard standby time as stated by LG is 375 hours on 3G. The battery offers a talktime of upto 10 hours on 3G.

The battle for supremacy in the Android premium category could be between Samsung Galaxy S6 and LG G4. LG has come up with real leather at back for a premium look to tackle the all metal and glass design of S6. Based on sceen size, LG scores over S6's 5.1 inch display.
S6 has shown great performance in camera performance. It is to be seen how LG performs in comparison.

The exact pricing of the device has not yet been revealed. The phone is likely to land up in India in May. According to some rumours, G4 could be priced between Rs. 65,000 to 67,000. LG is expected to price the device strategically so as to compete with its major competitor, the Samsung Galaxy S6.

LG has definitely improved upon its last flagship, LG G3, mainly in the camera and design departments. The optional leather covers are really cool enough giving a premium look to the device. The phone excels in its camera improvements. The wider aperture can be a big boost for photography fans, especially for night photographs. The front camera offers a top notch performance in terms of selfies. It needs to be seen how G4 performs against the flagship from Samsung.

Felt the need to update a little detail here - The phone is heading towards towards a likely launch on 2nd June. Though no concrete information is available on the exact price and launch date, the estimated price as being speculated as of now is Rs. 49900.