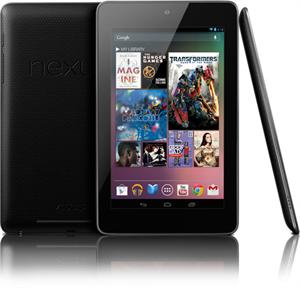 The year 2012 can be considered as the year of tablets and convertibles. Every day new ones are arriving the market and the thing is that the are so good that the can't be replaced by any. And now Google has officially announced a ASUS branded tablet on 27th of june 2012, named 'GOOGLE NEXUS 7'. Long before its release, there were rumors everywhere about this device and it has been confirmed a few days ago.

According to me, it will be one of the best tablets that's gonna hit the market soon. I am saying this not because of the reputation of the brand, but the fantabulous features that are loaded in it. Truly, the manufacturers deserve a grand applause for this hard work. I am sure that the cool specs, design and pricing will make this device a new challenger to the tablet market. And now, we are going to figure out each and every features in detail. The Google Nexus 7 comes in two versions- one with 8 GB of stroage space and the other with 16 GB. It can be chosen by the user according to him, which is neverthless to say.

The most exciting feature of the Nexus7 is that it comes with the latest Android version v4.1, which is nick-named as "Jelly Bean", about this we will discuss later. Google has surprised everyone not just by introducing the latest 'Jelly Bean', but powering up the device by loading it with powerful Nvidia quad-core Tegra 3 processor. Here, the Tegra CPU is clocked to 1.15Ghz on four cores. They have gone for the maximum just for the sake of the user that they can experience high-end perfomance and graphics, that fits every pocket. It comes with a RAM of 1 GB, which will speed up the whole performance of the device. 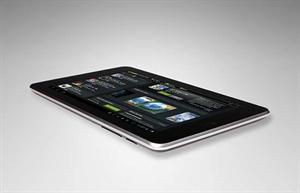 Considering the display, Nexus 7 comes with a 7" inch screen which is enough for normal tablet. Although, the screen is not much large, when compared to the other giants in the tablet world, it is optimised to get the maximum result. The display panel is fully loaded with In-Plane Swithing (I.P.S) Technology, which allows user to enjoy maximum and accurate colours from every viewing angles. Apart from the IPS technology, the pixel density of the display panel is also much increased.

In Nexus 7 there is about 216 pixels per inch, which results in a very good display. The Nexus 7 can't be considered as a fully HD device but the company promises the screen resolution is 1280 x 800. The screen is of LED back-lit LCD type and the whole display is protected by scratch resistant 'Corning Glass'. This is much like the Gorilla Glass. Although, the display optimisations are good, the display gets flushed out when compared to the Super AMOLED display. But these display features are more than enough for a 7" tablet. Another draw back of the device is that the homescreen doesn't support landscape view, which is a bit annoying, but compared to the other cool features, this can be adjusted. 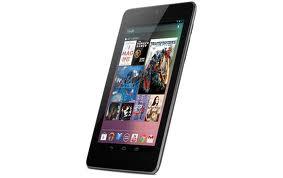 We can say, Nexus 7 device is so smartly designed for user friendly handling. Thanks to the ASUS team that made this possible. They have taken excellent directions to provide that wonderfull 'in-hand' feeling to the maximum. The 'plastic + rubber back' combination is so good and suitable for handling. This smartness in the designing can be experienced by simply holding the device. The tablet weighs about .74 pounds.

It is .41" thick, 7.8" tall and 4.7" wide. These shows that Nexus 7 is larger than the iPad and lighter than the Kindle Fire. On examinig the device, we can see that there is a lock/power button and volume rocker on the right sidem 'pogo pins' on the left, and microUSB port on bottom. In the front, there placed a tiny camera. It is of 1.2 megapixels and it comes in handy during the Google+ hang-outs and online chating. 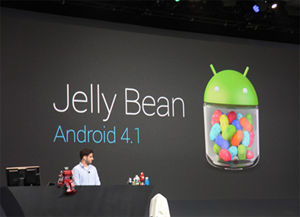 The Google Nexus 7 comes with the latest Android v4.1, 'Jelly Bean'. The upgrade from the previous 'Ice Cream Sandwitch' to the new 'Jelly Bean' is made possible by introducing so many improvemnts to th User Interface and the whole system perfomance. This can be experienced from the very first use. The upgarde includes improved finger-tarcking, that makes the touche more accurate and feel natural. It also provides consistetly higher frame rates during its perfomance than any previous versions.

It also gives direct access to the Google Store. Althouh it is great, there are rumours that there exists a shortage of apps for the Google Nexus 7. Another thing that is to be noted is that , there is no dedicated app for the camera, and for that the user will have to find and install any other 3rd party application. Also, the company claims that the Google Nexus 7 is the first Android Device which has 'Google Chrome' as the default browser. This brings desktop like experience to the moblie product. The 'Jelly Bean' also comes with upgraded Google NOW. It has improved voice recognition and natural responce system. It almost functions like the famous Siri, but it makes the job done.

The main feature in connectivity is that the Nexus 7 comes with the latest Bluetooth technology, which is Bluetooth 4.0, that makes the device fast for sure. The Nexus 7 also has Wi-Fi connectivity, which is 802.11 b/n/g. One of the major draw back in case of connectitvity is the lack of SIM slot, hence it lacks 3G/4G connectivity. And the another problem is in the case of storage. It only supports its in-built storage which is 8GB/16GB. Its memory cannot be extended, because it doesn't have a microSD slot. Even its back panel is unable to open. Although it has some draw-backs, it has some other features too, like NFC support for Android Beam, Accelerometer, Magnetometer and also has GPS.

With all these cool features, Google has made the pricing of the Nexus 7 totally cool. That is, with all the features like 'Jelly Bean', Tegra processor, 1GB RAM, Bluetooth 4.0 we expected a really expensive device. But as always, Google just amazed the world in case of pricing. The Google Nexus 7 8GB will be avilable at a price of $199 only and the 16GB for only $249. Isn't that amazing! In India, Google Nexus 7 will be available at about Rs.13000 for 16GB and about Rs.11000 for 8GB. Yes, the company has made the perfect dicision in case of pricing.

Overall the Google Nexus 7 is a fantabulous gadget that is going to strike the streets, which is well designed, powerfull and pretty useful. In this single product the user gets acces to the latest 'jelly bean', bluetooth 4.0 and a high-end processor. And the most important of them all, the pricing that makes the device a pocket friendly product that every one can afford. All these makes the Google Nexus 7 an extra-ordinary piece of work.

Finally Google has released Nexus 7 Tab in US.

The specs and features are excellent and will capture the market.

We are eagerly waiting for this tab to be available in the Indian market.

I was actually looking for Google Nexus 7 detail, review and specifications, I got it here only with complete detail. Google Nexus 7 with Android v4.1 Jelly Bean can be one of the successful product. Waiting for it. Thanks