The Government of India has been leaving no stone unturned to make digital transactions a reality. There have been several attempts and apps developed to make cashless economy easy to handle. BHIM is one such app that has indeed been quite successful. It offers you options to make several modes of payments. One such mode of payment is Aadhaar Based payment which can be easily made through the BHIM app.

A little about BHIM app

BHIM stands for BHarat Interface for Money. The app is developed by the National Payment Corporation of India. In fact, the app works on the basis of UPI - the United Payment Interface. If you have installed BHIM app on your device, you would not need to download any UPI app from your bank. BHIM works seamlessly with UPI services of all banks.
BHIM has been one of the most successful apps currently available. The application has been downloaded by over 125 Lakh users. It has been a successful app just because of the faster speed it offers you along with the security features that are beyond comparison. BHIM is one of the ambitious mobile application developed by the Government. There have been attempts to improve it further. As part of the initiative, Aadhaar Payments have been enabled on the BHIM app.

Aadhaar enabled payments have been launched on the BHIM app with a recent update. Unlike the standard Aadhaar enabled payments wherein you would need to provide your biometrics to the merchant, the Aadhaar Payments on BHIM app work on the basis of Aadhaar number alone.
The app lets you send money to the recipients through their Aadhaar Number. BHIM is essentially an app that works on the basis of UPI. However, if a person has no virtual payment address (or VPA), BHIM provides you an alternative way to make payments using the Aadhaar number.

How to send money to Aadhaar Number via BHIM app?

Follow the steps below to send money using Aadhaar Number to the recipients. 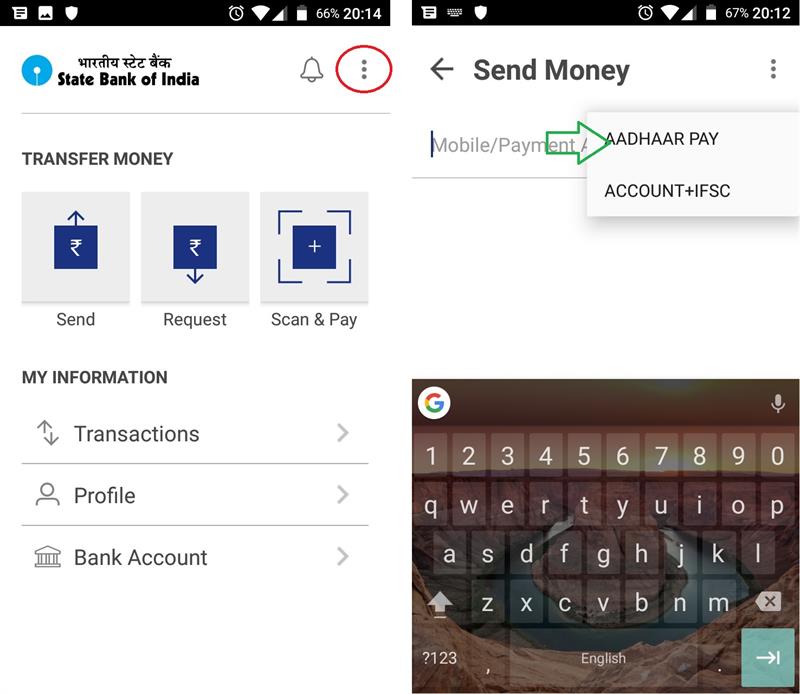 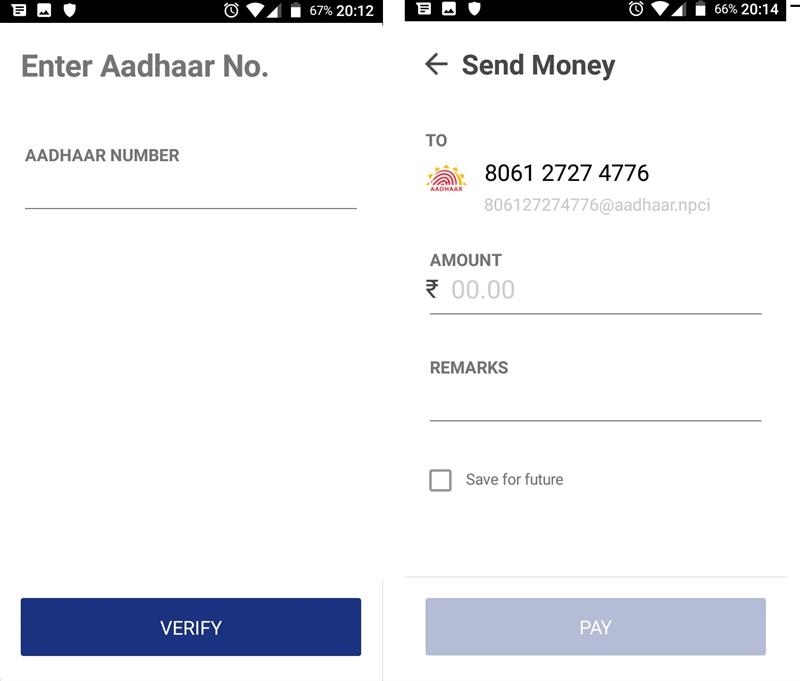 That does it. You have successfully sent money to an Aadhaar Number with ease via BHIM app.

Well, there are no serious issues from the security point of view. Coming from National Payments Corporation of India, the app is completely secure.
Even then, there are some issues you may need to worry about. If you want to make payments to an Aadhaar Number, you will need to make sure that the number is linked to a bank account. If no bank account is linked to the Aadhaar Number, you will not be able to send money to such Aadhaar numbers.
Moreover, the BHIM app does not show the account holder's name. So, it would be advisable to double check the Aadhaar Number before sending the money.

BHIM has become the best app for making online transactions. In fact, the latest improvement in the app by way of the latest update has indeed made it a multifunctional app. The app has added the functionality of sending money using the account number and IFSC code. We have not gone into the details as it is quite self-explanatory and easy to get used to. We would expect the service to be more practical and useful. Have you used the service to send money to Aadhaar Numbers via BHIM app? Do share your views and opinions with us. Also, share your opinions on the further improvements needed in the app.