India has been making a huge push towards becoming a cashless economy. The Government has been attempting to make digital transactions a success. There have been a good deal of initiatives in that direction. Latest to show up on the horizon is the new app of the block - BHIM. PM Narendra Modi launched the app for the Android platform on Dec., 30 - 2016. It is a new mobile payment app that works through UPI mode of payment.

BHIM is the acronym for BHarat Interface forMoney. It has also been named after Dr. B R Ambedkar. The app has been developed by National Payment Corporation of India and works with UPI - the Unified Payment Interface. You can use it with the UPI apps from other banking institutions. 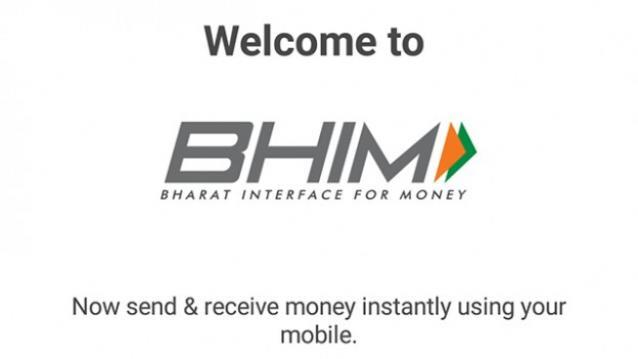 Simply put, the app can be used to send and receive money. Unlike other apps coming from the Government, BHIM stays apart with a contemporary cleaner and simple to use interface. The app has been made available for Android. The iOS version is stated to be coming soon.
The Google Play Store introduction states that the app is

" ...an initiative to enable fast, secure, reliable cashless payments through your mobile phone."

How to use BHIM?

Well, if your bank supports UPI, you can easily use BHIM. At the time of writing this article, there are a total of 32 banks that support the Unified Payment Interface. If you have an account with any of those banks, you should be good to go and install the app on your phone.
Your phone does not need to have any specific features or specifications to be able to use the app. As long as you can install the app on your phone, it should work fine with your device. Make sure your mobile number is associated with your bank account. The BHIM app works with mobile number and the associated bank account. 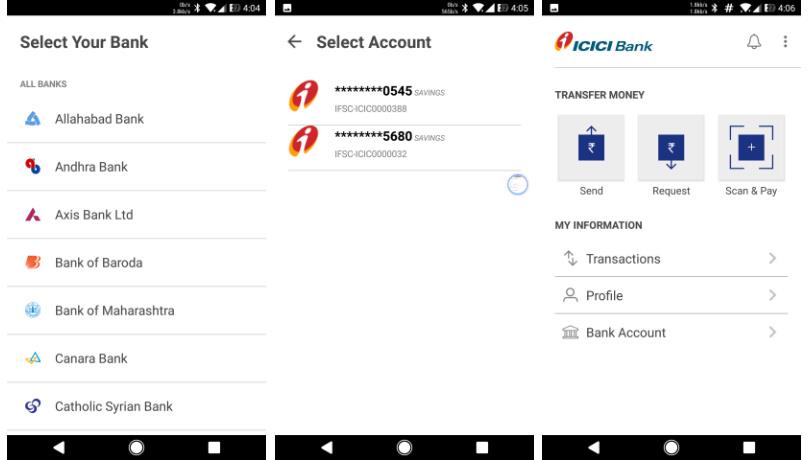 You can register to your bank account through the app. If you have already set up your UPI accounts, the app will connect with it automatically. However, if you are one of those who has not registered with UPI, BHIM will ask you to choose among the participating banks. You will first need to set up your UPI PIN.
BHIM offers you dual layer of security. You can set an additional password in addition to your UPI PIN. If you have already used UPI, you should be aware that your mobile number is your UPI address. The default UPI address would be, for instance, 98xxxxxxxx@upi. However, you can set a different UPI address if you want. The UPI address can be something like myname@upi.
You can perform multiple actions with the app -

Are there any issues?

Well, the app is just one day old. Moreover, the technology is quite new. We can understand that it's quite natural that the app will have certain issues. However, it would be a good idea to have a clear idea about what could go wrong while using the app so that you would not panic in case of failures.
It was observed that the money sent to the default UPI addresses (those with mobile number) could be sent easily. However, the payments to the custom UPI addresses could not go through. We are not sure whether this issue affects only BHIM app, or the default UPI apps of individual banks.
There is an issue of speed of transactions as well. UPI, and BHIM by that logic has been claimed to be faster by NPCI. But, BHIM was not up to the mark by that standard. Maybe we will find improvements in the future updates.

How does it differ from E -Wallets?


We are aware that E- Wallets are gearing up to the cashless economy with a bang. How do they stand against the apps like BHIM, or UPI for that matter?
Well, both the modes have their own pros and cons. E- Wallets need the recipients of the payments to be on the same platform. That would mean you can send money from PayTM to someone only if he has an account on PayTM. Same goes for FreeCharge, MobiKwik or any other such wallet service. BHIM does not have any such frills associated with it. You can send money (or receive money from) even if the recipient has no UPI enabled.
Being a Government backed interface, BHIM has no intermediary. That would mean your money is transferred from one bank account to the other directly. That would not be the case with E-Wallets.
One of the advantages that Wallets offer you is the cashback you can get with the usage. BHIM, or any other such app will not offer such functionality. Moreover, UPI transactions will attract some kind of fees, even though nominal.

Well, the BHIM app is a great initiative in the direction of going cashless. We would consider that the app should be praised for its simplicity. Yes, there are certain issues with the app. But given the fact that the app has been launched quite recently, we would expect the improvements in the future updates. We would also expect to see that there are a few improvements and new features would come soon. We would wish to see your views and opinions on the initiative. We would welcome you the experience called Digital Awareness.

The app has received a series of updates after the launch and most of the bugs found in the initial launch have been ironed out. Moreover, the app has seen an unprecedented success as long as downloads are concerned. With over 4 million downloads ( the number could be even more after those reports), BHIM is the top app on Google Play Store in India.