It's been a year since Yu Televentures joined the smartphone market and over the year, we have witnessed many premium devices from the company. One year is actually quite a long time in the Indian smartphone market considering the competition, and the company has learned a thing or two about manufacturing and marketing during this period. Now the company has introduced its first flagship device, called Yutopia, and it is claimed as the "Most Powerful Phone Ever", which comes with top-tier hardware specs. It's obvious that the company Yu is going after other Chinese opponents in this space like Gionee, Xiaomi and OnePlus who have long been on the market, offering premium handsets at budget-friendly price tags. Yu Yutopia comes with the price tag of Rs 24,999. Considering the price and hardware specs, it is a beast. Let's find out whether the new flagship device from Yu checks all the boxes or not.


Yu Yutopia features all-metal exterior and has a pretty eye-catching look, the manufacturer says that it is made with an alloy of Aluminum and Magnesium, which makes it durable and long lasting. The device is sleek at 7.2 mm, and feels lightweight on hand, and stays comfortably on hand without any difficulty. It has rounded corners around the edges, positioning of the power/unlock button is on the right-hand side of the device along with the volume rockers adjacent to it. The 3.5mm audio jack is placed on the center top edge while the micro-USB port is at the bottom edge. The SIM and microSD card trays are conveniently placed on the right side of the device. Speaking of speaker grill, it is placed at the base on rear side. Coming to the back of the device, there is a tad raised camera unit, capped with a big round glass shield. Beneath that, you can find a fingerprint scanner as well. 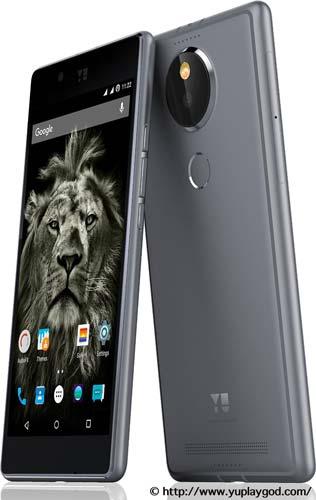 The front panel of the device looks neat and clean, and it is dominated by an outstanding 5.2-inch, Quad HD IPS display along with an edge-to-edge Corning Gorilla Glass protection. It is a tad slippery and prone to smudges. The 2560x1440p resolution screen seems to be incredibly sharp and crispy, which means you won't able to see any pixels at all. What's more, it's great for playing games and watching movies as long as you are in the shades and not under the bright sun. Under the direct sunlight, it is extremely hard to go through anything on display, unless you fire up the brightness level to maximum. To help you under sunlight, there is a 'bright sunlight mode', which would help you make the display lit up slightly more under the bright sun.


Yu Yutopia comes packed with 21-megapixel Sony IMX230 sensor back snapper and an 8 MP snapper on the front. It features F2.2 aperture, Phase Detection Auto Focus, Blue glass filter, 6P Largan lens, optical image stabilization (OIS) and dual tone LED flashlight. There are some useful modes available as well, which includes HDR, ChromaFlash, Steady shot among many others. It can shoot 4k video at 30fps, which were looked incredible. Talking about camera performance, it worked well under bright light conditions and shows decent performance in low light conditions as well. The HDR mode came in useful under low-light conditions. Even though the flashlight did some job in low light, pictures taken were colors washed out. Despite having a top-tier hardware, the shutter speed and time frame between shots are slow, but the device is quite fast at obtaining focus. The front 8MP snapper is decent for taking selfies.


Yu Yutopia runs on Cyanogen OS 12.1 on top of Android 5.1.1 Lollipop. The Cyanogen OS offers unmatchable freedom of customization and additional functionalities that is built into stock Android apps. It allows you to apply an array of theme packs or modify the various parts like the icons, toggle switches, status bar, animations, etc. Having said that, sadly, the latest CyanogenMod v12.1 is very buggy, and I'm hoping that future software updates will resolve these bugs. One of the interesting features you may like about the software would be a service called Around Yu, which can be used to find information about hotels, cabs, Food joints, Flight, Shopping outlets, bus, and Train. And there is an AudioFX app you may like, which allows you to create your own sound preset or toggle between pre-installed presets. The stock music player comes with OS has been added to a music streaming app called, Gaana, and it's awesome to have it in the music player itself. 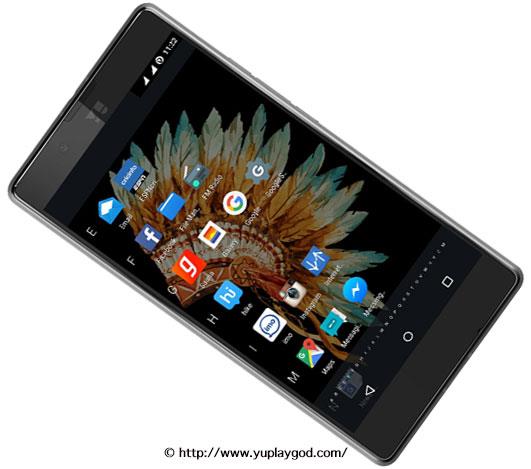 Under the hood, it packs an Octa-Core 64-bit Qualcomm Snapdragon 810 processor paired with Adreno 430 GPU and 4GB DDR4 RAM, and this is the exact same components that power the OnePlus 2. In terms of storage capacity, it comes with 32GB internal memory and is expandable up to 128GB via microSD card slot. The device can also handle USB OTG. When it comes to connectivity, you get usual goodies like 3G, 4G LTE, NFC, etc. It comes with a dual SIM tray where you can insert a nano as well as micro SIM card.

Coming to performance, its multi-tasking potential is quite impressive, which means it is powerful enough to run any app or game you throw at it. However, the device does heat up while using heavy games or apps. In gaming, the handset served excellent graphics and a lag-free experience. The fingerprint scanner at the rear side of the device is a time sink and quite frustrating, and is one of the handset's weak links. It requires slightly longer tap to figure out the fingerprint, and the majority of the time it hit a brick wall on the initial attempt. Call quality on the device is also very good with the loud earpiece. Though, the audio speakers come with the device are a tad underwhelming.

The device comes packed with 3000mAh non-removable Li-polymer battery. It provides battery juice a little over a day with moderate use. Thankfully, the device supports fast charging, and it would help you charge the handset from 0 to 40 percent in half an hour.


The Yutopia is definitely a good first effort from the company, and it claims to be the "most powerful phone ever", but does it really checks all the boxes? Well, after reading this review you probably would have got an idea about the handset. Looks like the device needs some improvements in many areas. Cyanogen's buggy OS is one of the major reasons hinders the overall performance. The fingerprint scanner is also not that responsive. Considering these glitches, especially at this price range, it's not a good option. At the moment, unfortunately, it is a half backed smartphone. Hope the company will fix the issues.