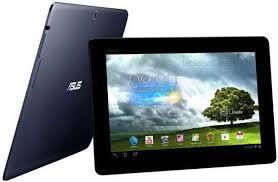 Asus, in the mega event Computex 2013, has rolled out a large number of computing devices including two new upgraded versions of earlier MeMO Pad tablet, two transforming devices and a smartphone. The MeMo Pad FHD 10 comes with a 10 inch full HD display screen whereas its 7 inch version has a HD touch screen. The MeMo Pad HD 7 is a low priced machine which owns a quad-core processor and Android operating platform to work upon. With this device, the Taiwan-based leading manufacturer has targeted those customers who are waiting for low priced devices. This Android machine will be available in two versions. One of the versions has 8GB while the other has 16GB internal storage. Let us see what this budget machine carries inside for users.


This is a light weight machine as it is just 302gm in weight. It is available in four colors– pink, green, white and black. The company kept a strong eye over multimedia features and also considered the demand of music lovers. The device features company's self-made SonicMaster audio technology based quality stereo speakers for enhancing users' music listening experience.

You will find a 7-inch IPS oriented HD touch panel on device with a screen resolution of 1,280 x 800 pixels. This gives the users ultimate viewing experience as IPS technology provides users up to 170 degrees of wide viewing angles.

This is an Android based machine. Hence, it runs on the latest 4.2 Jelly bean operating platform. It encompasses a quad core ARM Cortex 7 processor with 1GB RAM as well as 8GB/16GB of on board storage.

The Asus machine comes loaded with a lithium polymer battery for providing you up to 10 hours of backup support. For connectivity, a number of ports including microSD card slot, Wi-Fi 802.11 b/g/n, Bluetooth and GPS are available on tablet. Besides this, customers also get 16GB Asus WebStorage which is free for up to one year. Asus WebStorage will help users create, edit and view online MS office documents.

Both the models (with 8GB and 16GB internal storage) are speculated to arrive in market next month. MeMo Pad 7 HD is an affordable offer from the company. Its 8GB model will be priced at just $129 while the other 16GB model will be available at $149.

On comparing the new Memo Pad with its earlier version, we see that the new version carries a number of improvements over its predecessor. Though both the devices are identical in respect of the 7-inch display but the new version has better screen resolution. Its 1,280 x 800 pixels resolution with HD is an improvement over 1,024 x 600 pixels of earlier Memo Pad. Besides this, the new version also includes IPS display.

Secondly, the new HD Memo Pad 7 comes with Google's latest Android 4.2 Jelly Bean operating system rather than 4.1 version of its predecessor.
In respect of processing unit, the successor's quad-core ARM Cortex chip is a mega improvement over VIA WM 8950 chip.

The new model owns both front as well as rear cameras where the earlier carried only single front facing HD camera.

The fresh version is more portable as it weighs only 308 grams. The earlier model weighs 358 gm. The new model is more lightweight and stylish in appearance.

The company unveiled a wide range of innovative products. In these products, Transformer Book Trio which runs on dual operating system and two processing units inside comes at first position. It works in tri functional modes– first tablet mode, second desktop and the third notebook mode. The device has capability to boot with any of the two operating systems and users can any time even switch between the two by pressing a physical button available on touch tablet.

In my upcoming posts, I shall cover more Asus products that have been unveiled at Computex 2013 event. Till then, keep visiting the site and remain updated with us to get the latest trends and technologies information that are likely to arrive in market.