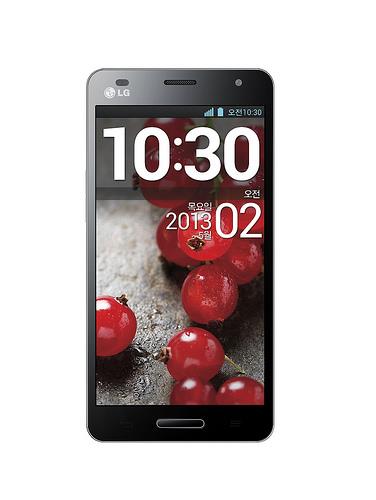 Body and Design - The dimension of the device is 139.1 x 69.9 x 9.9 mm and weighs 156 g including battery which allows the users to handle the smartphone easily and comfortably. The LG Optimus GK measures about 9.9 mm in thickness means if you are looking for thick smartphone of LG which costs mid range, then LG Optimus GK will be the better option.

Memory and storage - The LG Optimus GK has about 16 GB internal memory capability and it can be expanded further up to 64 GB through a microSD card. The user can store unlimited number of songs and videos on external microSD card storage.

Battery - The battery type of the smartphone is Li–Ion 3100 mAh battery. This powerful battery of smartphone makes it work for a longer time.

Camera - The 13 MP primary camera of this smartphone is supported by many additional features like LED flash and digital zoom etc. A 2.1 MP secondary camera is also available in this handset. The device features a 2MP front-facing snapper complete the highlights of the handset's spec sheet.

Network - The operating frequency of the network of smartphone is Quad-band GSM 850 /900 /1800 /1900 MHz and comes loaded with A-GPS as well as Google Maps facility.

Technology - This smartphone runs on Android 4.1.2 Jelly Bean OS and it is powered by a 1.7 GHz quad core Snapdragon 600 processor. The 2 GB RAM loaded in the LG Optimus GK ensures smooth multitasking with different applications. The device supports 3G technology which is the attaracting feature of the smartphone. The device comes installed with QWERY keypad for easy typing. The smartphone lacks the dual sim technology i.e. the negative point of the smartphone which may disappoint the users.

Other features - There are no more other special features in the LG Optimus smartphone.

The LG Optimus GK is one of the latest smartphones of LG. The price of the smartphone is not yet announced in India by LG. It is not available in the Indian stores for sale. It currently is not available on the online shopping websites. It is expected that smartphone will soon be available on the online shopping website where you can easily order and buy the device. So, we will need to wait for its complete release in the market.