This is the time of innovations and now we are already at home in accepting new technologies arriving in the market. Most recently, we have seen and used many innovative products, like revolutionary tablet-laptops and All-In-One desktop PCs and now by introducing foldable smart devices, researchers bringing us to a new era of flexible technology. Until now, we were watching such smart devices in Hollywood Sci-fi fictions like Start-wars but, in the coming days, we shall touch and feel them in our real-life.

Here, in this post, I am going to describe some of such very handy smart gadgets that are very easy to maintain and use. Take a look at them, and find the form factor of these devices to know how engineers have gone about making them: 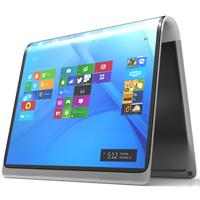 Researchers in USA have claimed to invent a flattest paper – named as 'nanopaper' that will be very helpful in making foldable laptops. This is a special type of paper which is made up of wood pulp and very light in weight with physically cut and fold properties.

A special kind of paper, made up of wood pulp is invented to print the above mentioned transparent electronics on. The researchers have developed this transistor by printing three different inks on the surface of this paper. As per scientists, the nanopaper is designed to be so thin that even one can bend it, very easily.

The other part of this technology is highly flexible and transparent transistor which performs very effectively, even when you bend it. With very flexible properties, this transistor is 84 percent malleable and transparent. It is very light in weight, highly cost efficient and is very flat just like a plastic sheet.

The researchers say that this technology can also be used for making other flexible green electronics in future. 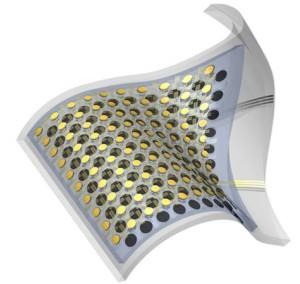 A Korean scientist's team has claimed that they have invented a flexible lithium-ion battery which is safer than the batteries we are using today.

The team at 'Ulsan National Institute of Science and Technology' has used an imprintable fluid-like electrolyte of polymer for making this battery. They spread this electrolyte fluid on electrodes and thereafter exposed it to ultraviolet rays for thirty seconds.

How it is safer than conventional batteries?

It is claimed that the newly developed foldable battery is much safer as compared to the existing batteries because they have used solid and non liquid (but flexible) material to make it, where there is no chance for mixing of opposite elements. But in case of conventional batteries, there is a thin film separating both negative and positive elements. There is always a chance of severe accident, in case this thin film gets melted under heat, resulting in coming in contact with opposite charged elements and get exploded.

Being flexible, such laptops and batteries can be designed to be lighter in weight to give them highly portable built-up.

Flexible products will occupy less space. You can bi-fold them or roll them to fit-in small pockets.

Since a flexible battery has safe internal structure. A user would not fear keeping them with inverters at their home or office premises.

Being built with flexible but solid material, such products can be designed to bear tough environmental conditions like raining conditions and freezing or hot temperatures.

The solid and flexible built-up gives more stability to the device, hence they will be easier to maintain, resulting in reduced maintenance cost.

In my next post, I shall cover some more, very interesting flexible smart devices that are anticipated to rock the market, shortly. Do post your comments and feed backs to us about above mentioned smart gadgets.