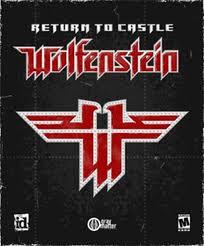 Return to Castle Wolfenstein is the first person shooter game, powered by Quake 3 engine. This game is available with total 7 missions and each mission has different levels. This is challengeable game for the player to survive about to find treasure and artifacts of the Nazi regime that has stolen in this game. The story of this game is about the year 1943, when the Nazi war was started to crush the Europe and the rest world as well. In this game you are B.J. Blazkowicz, the legendary protectors of freedom that is highly trained with military tactics. The job of the player in this game is to uncover the reasons that are causes of Nazi's activity around the Castle Wolfenstein. General Himmler, the leader of the Nazi has increased his activity in the area and tries to experiment of some occult magic and horrific scientific. So, this is the story of the game. Let discuss about the different abilities of the player in this game. The different abilities of the player are as mentioned below.

Stamina - By holding the sprint key with default caps lock, the player will gain the stamina and walk quickly. By dropping the same key, the player's stamina will reduce and he will walk normally.

Health - Health of the player in this game is very important, don't let the health to reach 0, otherwise the player will die. Player's maximum health will be 100 and he can replenish his health by picking up the health bags that are placed at different places in the game.

Armor - Armor shows you that, how much protection you have in the armor form as you can pick the helmets and jackets in the game from the different places.

Use, climb and break - If you want to use the weapon, then just use the "Use" key. If it doesn't work, then try taking one or two steps. For climbing on the ladder, just look forward and press the forward arrow key. To break or destroy the items, you need to shoot at the object. So that you will be able to clear your way and find easily find secret treasury of Nazi's.

How to face enemies in the game


There is brief description of the major enemies in this game.

Soldier - You will see lot of the soldiers in the game as they are the grunts of the Nazi army. They are weak and coming in a couple. But, with the one shot on the head, they dies easily. They generally took sub machine guns or the Mauser rifle.

Elite Guard - Elite Guards are much more dangerous than the soldiers of the Nazi army. They have high stamina and do not die easily in a single shot. All the elite guards in the game carries Sten sub machine guns and attacks on the player in a group.

Nazi Officer - They generally attack by their Luger pistols and they found alone in the levels of the different missions. A luger pistol does not much affect the health and it is easy to kill the officer in two or three shots.

Black Guard and Scientist - Black guards are the Himmler's personal guard. They are tough, smart, and dangerous. They come with their assault rifle to put you six feet under so you should have heavy weapon to kill the black guards. Scientists work in the laboratories and try to invent the new machine enemies. You can easily shot the scientist in the laboratory.

Zombie and Zombie knight - The Nazi's interference in the black magic and rituals have disturbed the dead. Zombie kills the Nazi soldiers as well. Even they rise up after shot so you need to continuously attack on the zombie until they were destroyed in the parts.

Loper - It is one of the dangerous foes that you have to face in this game. Loper moves and attacks very quickly on the player but if you have the machine gun weapon, then you can easily destroy the loper.

Super Soldier Prototype - It is perhaps the most dangerous foe in the game that will encounter you outside the "boss" enemies. But, you can face this foe by making a distance between and continuously attack by biggest guns like Panzerfaust weapon.

Different Weapons in the game

There are few different weapons available to face different situations in the game. The weapons are Knife, Parabellum pistol, Grenades (which can be thrown on the enemy to overcome the obstacle), Dynamite, MP40, Thompson (sub machine gun), Sten (powerful gun), Mauser Rifle (zoomed view), Snooper Rifle (kills without making whisper), FG42 Paratrooper Rifle (carried by black guards), Panzerfaust (missile), Venom gun (powerful machine gun), Flamethrower and Tesla gun. So these are the weapons available to face different obstacles and enemies in the game.

Mission and walk-through of the game 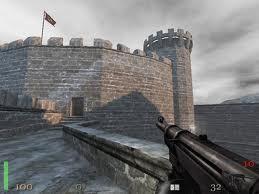 This game comes with total seven missions and each mission has four levels. Let see what are different missions in the game.

Tips and codes to play game

If you want to activate the player cheats, then it is kind of tricky. So for the tricks in the game, you need to modify the desktop shortcut before you activate them. To modify the shortcut, follow the below given steps.
1. Create a copy of your single player desktop shortcut
2. Right-click on it and select "Properties"
3. In the "Target" field, add the following to the very end (outside the quotes, after 1 space): +set sv_cheats 1
4. Click OK
5. Launch the game using that shortcut.

Return to Castle Wolfenstein is a first-person shooter game, which became a very popular when it was launched. The game is single player as well as multiplayer. Through this game, the revolution in the world of 3D action has arrived and now it is one the favorite game of FPS game lovers.
That's all, these are the different tricks and tips of the game 'Return to Castle Wolfenstein'.