Recently, a wide range of innovative products were unveiled at CeBit 2013 show at Hannova in Germany. Out of them, two astonishing Windows 8 Pro gadgets from leading manufacturers - Asus and Microsoft were the central point of attraction. The devices were having unique built-up and astound features. People at the show appeared comparing both the devices for their competitive look and configuration. In fact, high-end specification and features of both the devices are raising close competition among the two. 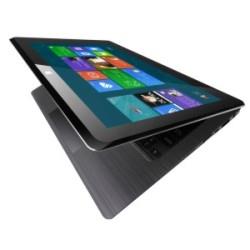 Taichi from Asus is an aesthetically designed convertible tablet with double screens on either sides of the lid. Its unique appearance with decent fusion of notebook and tablet, with excellence and remark ability sets it aside from the crowd of tablets and laptops, available in market. The Asus machine is also capable to run Android apps by using BlueStacks app launcher. The word 'Taichi' meant for system of calisthenics with slow controlled movements (the exercise for fitness) or Chinese martial art. Last year, Asus had announced this Windows 8 based product and introduced it as an ideal hybrid machine giving multi-touch and multitasking experience to its users. It will be available in two models of 11.6 and 13.3 inches. 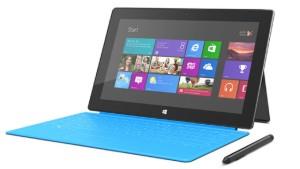 Surface Pro from Microsoft also runs on Pro version of its flagship operating system. This is also a best configured transforming device. It has revolutionary built-up that makes it highly irresistible for customers. Availability at much less cost in compare to nearest competitors in market is the plus point of this machine. There are two versions of Surface, first model runs on Windows RT where the other on Windows 8 Pro. RT version houses ARM processing chip and Pro version comes with an Intel Processor inside.


Here, I will compare both the device in respect to their specifications and features imparting similarities and non similarities between the two:

Both the devices are constructed with innovative and most popular inter-convertible concept of tablet and laptop. They can be used either as a light weight tablet or as a full-fledged ultrabook. Both are similar in having full higher definition, multi-touch display with 1,920 x 1,080 pixels screen resolution. A mouse can also be attached to speed up your work. Tablet from Asus comes with two screens each with 11.6 inches IPS LED-Backlit LCD display, on either sides of monitor. A user can use outer screen as tablet where the other screen with keyboard inside allows him working on complete laptop. On the other hand Surface Pro owns single 10.6 inch multi touch display screen. It also has a full keyboard with attractive touch cover specialty. Both machines support multi-touch finger and stylus-based input also.

Both tablets are designed to run on the latest Pro version of Windows 8 operating system from Microsoft. Taichi comes packed with 4GB DDR3 (1600 MHz) SDRAM couples to 128GB or 256GB SATA III Solid state drive for very fast boot-up. Where the Surface owns 128GB of SSD storage with 4GB RAM.

Asus have energized its device with very powerful Intel's core i7 3517U or i5 3317U processing chip with Intel QS77 express chipset where Microsoft empowered its Pro tablet with Intel Core i5 3317U processor clocking at 1.7GHz. Besides this, for enhancing graphics performance, both the manufacturers have loaded their devices with Intel's HD graphics 4000 card.

Multiple connectivity ports are essential requirement of customers in present scenario. So, both manufacturers have packed their devices with multiple ports like 802.11 b/g/n wireless LAN, Bluetooth, USB 3.0, HDMI and support to NFC (Near Field communication). The Asus product also has a 3.5mm combo in/out audio jack.

You will find a 1.3 megapixels webcam and a 5.0 mp camera on Taichi for doing video conferencing and snap shooting where the Surface tablet boats of two - front and rear cameras, each having 720p video resolution.

With 1224g weight and 15mm thick chassis, Taichi seems to be at downside to Microsoft's tablet as Surface is easier to carry anywhere with 903g weight and 13.5mm in thickness. In physical measurement Surface pro is 6.8x10.8x0.53 inches in size where its competitor sizes to 12.0x7.8x0.6 inches. So, here Surface wins for having more portability, slim shape and smaller size.

Battery life is one of the biggest concerned topics while comparing two computing gadgets or purchasing a new device. As far as battery capacity is concerns Taichi shows relatively short backup of around 3.5 hours only where Surface wins for serving you up to 4 hours and 58 minutes backup in continued run test.

Taichi tablet, for having full HD large sized double screens is one of the most expensive tablets in market which will be priced at $1,299 to the customers. Surface Pro is comparatively lower in cost. For its 64GB storage model, customers have to pay $850, where the higher 128GB model prices at $899.

Even after observing above mentioned comparison, it is very difficult to choose the best one out of these two high profile tablets. In fact, very close configuration of both Windows 8 Pro tablets compelling critics to consider them as the toughest competitors to each other in market. Both tablets are configured very nicely and having all features that a user expects from any latest gadget.

In fact, the selecting criteria depends more on specific requirements of the users, which varies from one customer to the other. Nevertheless, for a budget cautious and moving customer, it is better to choose Surface tablet as it costs lower and has a slim and light weight profile. But, for the users that are looking for a powerful and stylish device, Taichi 21 seems to be ideal.