Funbook Talk by Micromax is one among the best 7 inch tablets which one can buy in India. It is run on Android Ice Cream Sandwich [v4.0] OS and is powered by a 1.2 GHz dual-core Cortex A8 processor to give it a blazing processing speed. Micromax Funbook Infinity Talk has a 7 inch capacitive touch screen. It supports a RAM of 512 MB and an internal memory of 4GB. This smart tablet supports a SIM slot for the purpose of GPRS browsing (web surfing). In addition to these features, Micromax Funbook Talk covers a VGA camera, 2800mAh powerful battery, 3G, HDMI services and much more. It has a price group of Rs 7,000 - 7,500 only. 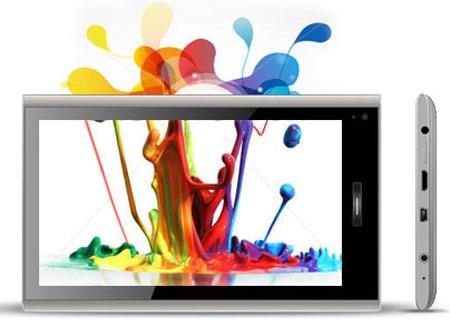 Apple always produces some new quality products and Apple iPad Mini is an example for you. It is run by Apple iOS 6 and is powered by a dual-core A5 CPU. iPad Mini has a 7.9 inch display with a resolution of 768 x 1024 pixels. This smart tablet supports a 5MP HD rear camera for the purpose of video calling and is available in 3 models based on the internal memory viz 16 GB, 32 GB and 64 GB model (with no expansion packs). Apple iPad Mini provides a 10 hour battery backup. Its 16 GB, 32 GB and 64 GB models cost around Rs 22,000, 29,000 and Rs 37,000 respectively with varying features and specifictions . 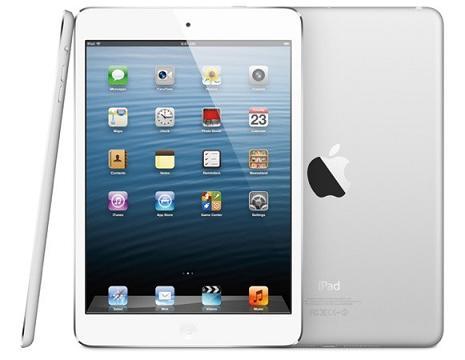 HCL is one among the known smartphone manufacturing companies of the world. HCL ME U1 is a branded product by HCL. It runs on Android Ice Cream Sandwich v4.0.3 [ICS OS] and is powered by 1GHz processor. It has a 7 inch capacitive screen with a resolution of 800 x 480 pixels to provide quality visualizations. This smart tablet has 512 MB RAM, 4 GB internal memory (expandable up to 32GB via micro SD card). It also sports a 0.3 MP secondary camera and has a very powerful battery of 3600 mAh capacity. 3G (via dongle) and WI-Fi service are some other features of HCL ME U1. It costs around Rs 5,500- Rs 6,000. 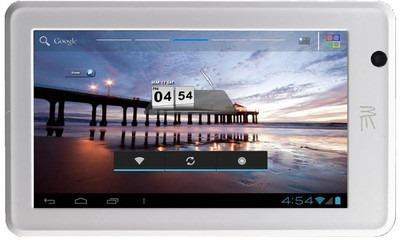 Google Nexus 7 by ASUS is considered to be a very hot product in USA as it is running on Android v4.2 [Jelly Bean OS] and is powered by a quad-core processor clocked with "12 core GPU". Nexus 7 has a 7 inch screen with an HD resolution of 1280 x 800 pixels. It covers a RAM of 1 GB and an internal memory of 8 GB. And with the incredible 4325 mAh battery power, ASUS Google Nexus 7 provides a long lasting battery backup even while you are multitasking, HD gaming and watching movies. It comes in 2 models i.e 16 GB and 32 GB model and each cost around the price group of 19K and 30K respectively witha difference in their features and specs. 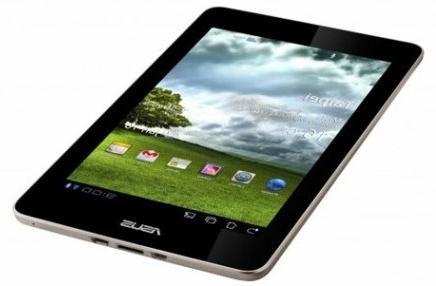 iBall Slide 7334 is a popular tablet in India which is run by Android 4.0 ICS [OS] and is powered by ARM Cortex A9 processor clocked at 1 GHz processing speed. It has a 7" Capacitive touch screen. iBall Slide 7334 has a RAM of 512MB and an internal memory of 8 GB (expandable up to 32 GB via micro SD card). For capturing the surroundings, this smart tablet comes with 2 MP rear camera and 0.3 MP secondary camera of VGA quality. Also, it is equipped with a powerful 3100 mAh battery. It costs around Rs 10,500- Rs 11,000.

This was all about the 5 top 7" Tablets to buy in India. Not only these 5 are available but there thousands of tablets to buy in India and this tradition will continue till end. So, the choice is yours and I am just a helper. Also, if you find any mistake or wrong information or want to know more about Micromax Funbook Talk, Apple iPad Mini, HCL ME U1, ASUS Google Nexus 7 or iBall Slide 7334, then do let me know through responses below to this article in the form of comments.

Micromax Funbook Talk P350 tablet price in Indian with specifications and features in this article.

Thank you so much for this ample knowledge and guidance. I am sure, like me many others must had got benifit.

Can you please tell me why Galaxy Tab 2, shouldnt be my first choice? Reason why i am asking it like this is, that it gives me 3G internet, phone cal and good brand legacy. I am not able to undersrand why it is not there in top favourites of tech specialists like you.

Please help me in this, as this device is has got my heart and am confused while purchasing it.