Karbonn has launched its new brand, Karbonn S5 Titanium on the 15th March, the day when Consumers were given full rights internationally. It is indeed a perfect match. S5 Titanium is ranking up in the market with its satisfactory and cool features and specifications. This Smartphone is run by Android's latest version i.e.i OS Jelly Bean v4.1 and supports a Qualcomm Snapdragon quad-core processor clocked at 1.2GHz speed. It is a dual SIM smartphone and has a 5 inch qHD IPS Capacitive touch screen with a resolution of 960 x 540 pixels. For capturing images, Karbonn S5 Titanium has an 8MP primary camera with Auto-focus and LED Flash features. For the purpose of video calling and conferencing, the Smartphone has a 2MP front-facing camera. It has a RAM of 1GB and an internal memory of 4GB which can be expanded up to 32GB via microSD card. Also, Karbonn S5 Titanium has an incredibly powerful battery of 2000 mAh. There are many other features of Karbonn S5 Titanium smartphone including Bluetooth, Wi-Fi and 3G facility. And this stylish, smooth, sharp and fine looking Smartphone costs Rs 11,990 (12K) only. 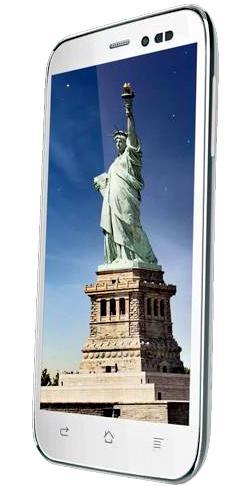 Cons
1. Lack of magnetic sensor.
2. Low sound quality and loudspeaker.
3. Provides an average or less battery backup than confirmed by the company.
4. Lack of good accessories.

There are many Frequently Asked Questions (FAQ's) which arose before the release of Karbonn Titanium S5 Smartphone. Everyone wants to know the following:

Karbonn S5 Titanium is rocking everywhere, not only by its features and specification but also by its smooth, fine and sensitive touch and stylish looks. The sharp edges of the Smartphone have attracted thousands of costumers worldwide. It is also clear that S5 has eliminated many Smart phones on the basis of technical specs and is now making its way towards tougher competitions like with Micromax A116 Canvas HD and Samsung Galaxy Grand. And, every one is hoping its success in most of the comparisons.