Since the beginning of race in mobile communication, a new model is being launched every day into the world with different features. These new features and specifications gain enough fame of users to survive in the competition of mobile technology. Today different manufacturers like Samsung, Apple, Sony, HTC and many more manufactures of smartphones and became competitors. One of the feature that attracts the mobile phone buyer is the smart work it does. Different types of sensors like accelerometer, ambient light sensor, GPS sensor, compass, proximity sensor, pressure sensor, gyroscope etc are behind these smartphones. Let us understand how each sensor works with respect to its operating principle.

The main function of this proximity sensor is to detect how close your smartphone's screen is to your body. When you use your smartphone, it detects the position of the ear with respect to the screen and turns off the light of the screen and saves battery. Also, proximity sensors stop the accidental touch, unwanted input during the talk. This sensor also detects the signal strength, interference sources and amplification or filter by use of the Beam Forming Technique. Thus, in a nutshell, a proximity sensor detects the presence of the body like cheek, face or ear and stops web surfing, music or video during talk/calling and saves the battery. After the conversation, it resumes the same function which was stopped earlier during the talk. 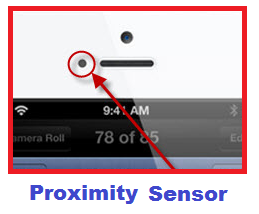 GPS short form of Global Positioning System originally developed and set up for military operations and was made available for everyone in the 1980s by Government. GPS is a system which tracks the target or 'navigate' the things by map or picture with the help of GPS satellites. Nowadays smartphones come with assisted GPS or A-GPS which does the same work with the help of intermediate server in case of disconnection with main GPS satellite. iPhone 4S, iPhone 5, HTC One, HTC Droid DNA, HTC One X, Samsung Galaxy series smartphones, Sony Xperia, Nokia Lumia 620,820,920 and 822 and many more smartphones support GLONASS (Globalnaya Navigatsionnaya Sputnikovaya Sistema) GPS system for navigation purpose.

This sensor optimize the light of the screen when it exposed to normal light with different intensity. The ultimate function of an ambient light sensor is to adjust the display brightness, which in the end saves battery power and life too. Ambient light sensor senses and adjust the light based on the principle of "superposition". They contain photodiodes that are sensitive to the different spectrum of light and combined mathematical effect adjusts the gain and output changes of the light intensity on the screen. 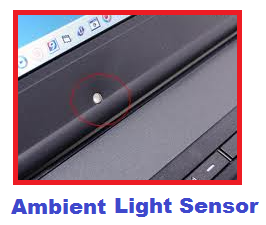 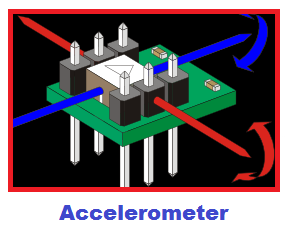 We all know that the function of the compass is to give the right direction with respect to the north-south pole of the earth by the use of magnetism. But due to interference in communication, the smartphone does not use the magnet as one of the components in the compass sensor but it uses new technology that does the same work as a conventional compass does. If ultra low-frequency signals coming from a specific direction like North or South and with the help of an accelerometer, the sensor can calculate the orientation and direction. This can be possible by the 'Hall effect'. Thus, by use of multiple sensors put across different orientations and using a disk/magnetic concentrator (with high permeability material)which bends the lines of the magnetic field which are parallel to the plane of sensor plane this can be attained. 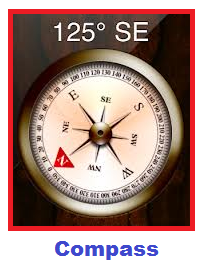 This sensor's function is to maintain and control the position, level or orientation based on the principle of angular momentum. When 'Gyros' used along with accelerometer senses motion from six axes i.e. right, left, up, down, forward and backward. It also detects the roll, pitch and yaw motions. Yaw, Roll, and Pitch are the angular moments seen from three axes i.e. X, Y, and Z. Using MEMS(Micro Electrical and Mechanical System) technology, (iPhone 4 uses this technology) gyroscopic sensors help in navigation purposes and detecting the gesture recognition systems used in smartphones and tablets. 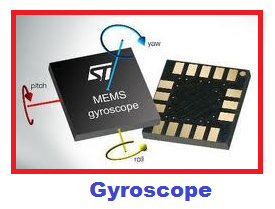 The back-illuminated sensor is one of the new features that every camera contains. It is a type of digital image sensor which changes or increases the light captured while capturing a photograph. Earlier it was designed for security cameras and astronomical purposes. Sony is the first company to implement this technology in 2009. 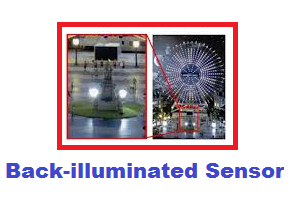 Thus, at the end, one can say all these sensors serve as the back-bone of recently developed smartphones and also Quick Response (QR)Code, Data Encryption and these smart sensors made our conventional phone become Smart.

HTC One: The latest smartphone sensation from HTC

Are you bored with HTC One V, running on Android ICS v4.0 OS and want to upgrade it to Android v4.1 Jelly Bean OS? Then walk through this article and know the easy and step by step procedure for upgrading HTC One V from Ice Cream Sandwich to Android 4.1 Jelly Bean OS.

HTC launched its compact smartphone HTC One V previous month in April. HTC One V is a younger brother of HTC's flagship phone HTC one and is compact is stylish.

Thanks for sharing such a nice Information about sensors used in smartphones/tablets. I also hear about the sensors which used in cellphone for touch system and now i read full article for the details.

your BSI interpritations is as far off the mark as can be. do more research. BSI is about photons coming through a pixel well on the back of the sensor module rather than through the transistors, gathering more photons, thus smaller pixels are a by-product, thinner module - 7mm instead of 10mm.

Hey what about pressure sensor I was looking for?

I am also interested in pressure sensors (for better altitude accuracy).

What abt pressure sensor? Can you please update the article?

Can you update the article about pressure sensors?

How can I find out how many mobile phones have the magnetic / compass sensor built in?

There's a random "shiny" chip inside my tablet. I can identify every microchip on my motherboard except that one. It is not even close to the cameras, so I don't think it's an image sensor, but it looks very similar, just to give you an idea of its appearance.
Can anyone give me a clue as to what it may be?