Many new low-cost smartphones, with quadcore processors and 5 inch display screen have been launched in the smartphone markets recenty. Many Indian manufacturers like Micromax, Karbonn, Lava and Xolo have started competing with global players like Apple, Samsung, BlackBerry, and others. As soon as some new smartphone is launched into the smartphone market, we are tempted to make a comparison with some other smartphones which already exist in the market and are doing good business at the same price. At times, the comparison is also made with some other smartphone launched by some other manufacturer in the same category. So is the case with the launch of new smartphone Karbonn Titanium S5 at a price of Rs 11,990 on March 19, 2013. In order to guide the consumers longing for a smartphone at the same price, the newly launched smartphone has been compared here with Samsung Galaxy Ace Duos S6802 which is being sold at Rs 11,699 at ebay.in against its announced market price of Rs 15,050. In order to compare the two smartphones and understand their functionality better, we shall keep their features and specifications side by side and then review each of them so that we can have a final word about them and eventually, the buyer can take a better decision as to which smartphone to buy. 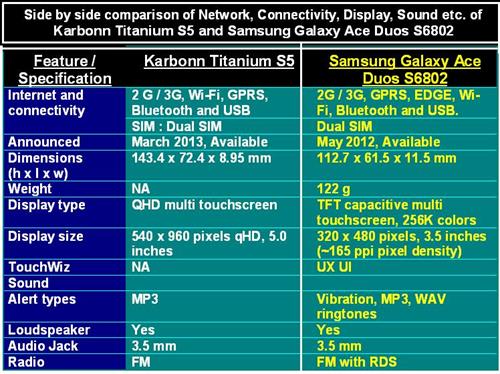 Comparison of memory, camera features and price of the two smartphones 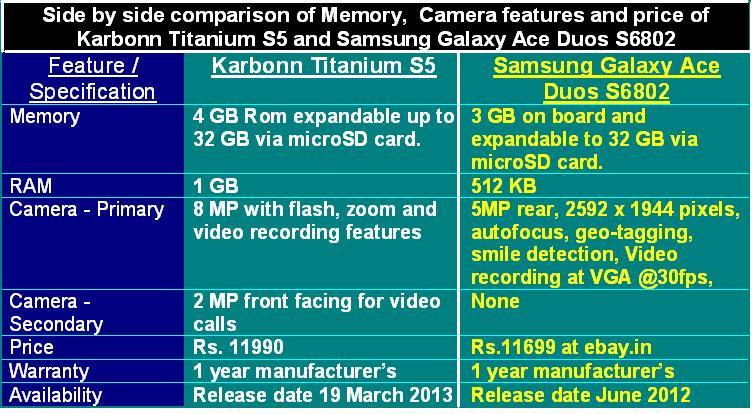 Comparison of OS, CPU, Sensors, messaging and battery of the two smartphones 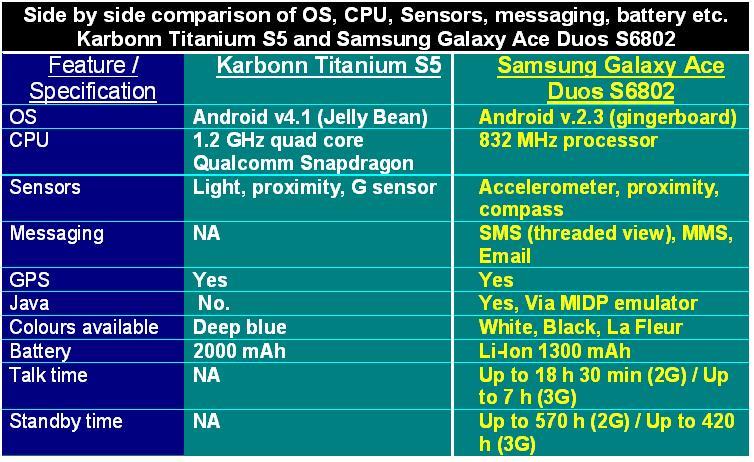