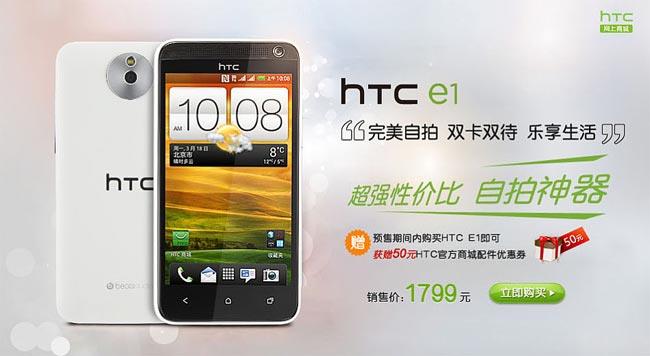 The release of HTC One, one of the anticipated phones in 2013 is delayed till the end of March due to the shortage of the camera parts and metal frames.

The ultrapixels in the camera uses sensors with larger pixels which can provide superior clarity under low-light. But the HTC fans in China have kept their mind refreshing with the arrival of the all new HTC E1.

HTC 603e, which had been surfacing online for the past one month is now out of the box in China, officially named as HTC E1. Being a mid - range smartphone, the dual-SIM HTC E1 is equipped with a handful of features ready to impress HTC fans in China.


HTC E1 is equipped with a 4.3 inch WVGA Super LCD2 display with a resolution of 800 x 480 pixels. Powered by a 1.15 GHz dual core Qualcomm processor and 1 GB of RAM, the device comes loaded with Android 4.1 Jelly Bean OS. Equipped with dual SIM, the HTC E1 does hold 8 GB internal memory which can be further expanded using a microSD card. 5 MP rear camera with f/2.0 aperture and HTC ImageChip and a 2.1 MP front facing camera can be used to take brilliant shots and for video calling. 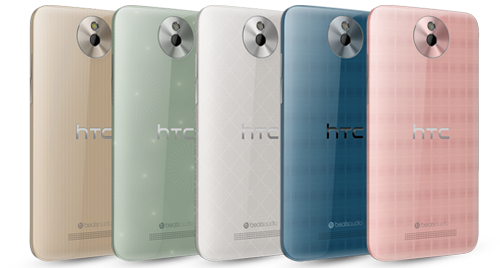 For connectivity, this device supports dual SIM, Sense 4.0 UI, Wi-Fi, HSPA, DLNA, HDMI, NFC, A-GPS and Bluetooth 4.0. The key selling point of this device will be its dual-SIM support as the primary SIM is capable of providing tri-band GSM and dual-band HSPA connectivity and the secondary can bring support for GSM networks only. A 2,100mAh battery can serve as a perfect companion for the device delivering ample run time. Specially designed for the Chinese market, the HTC E1 will be offered in white colour but the press shots reveals the existence of a variety of pastel colors which include pink, blue, mint and brown.

For those users looking for a dual-SIM smartphone, the HTC E1 can be a better choice which is currently up for pre order on HTC China's official website. There is no information about its international availability outside of China. If interested with the overall features, the HTC EI can be purchased online from HTC China's official webstore priced at 1799 CNY ($290).