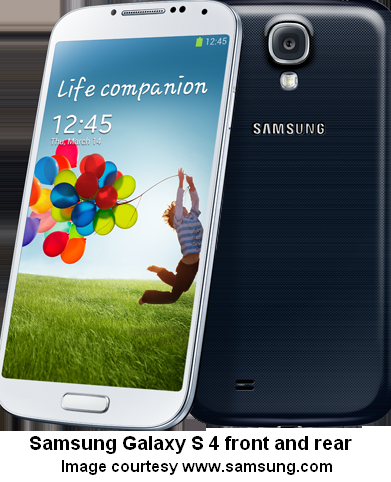 While going through some guidelines at techulator.com. I came across the online shopping guide www.shopguide.in. My anxiety to be one of the first buyers of Samsung Galaxy S 4 in India, tempted me to explore the online shopping guide. The time was about 11 p.m. on March 19, 2012. I could see three online sellers listed on www.shopguide.in. I did not care about my sleep when I read that 16 GB Samsung Galaxy S 4 was available at Rs.43490 with 13% discount against MRP quoted at Rs.50,000 at www.kaunsa.com with delivery time of 18-21 days. I lost no time and ordered my Samsung Galaxy S 4 from kaunsa.com and the delivery date has been given to me as April 3, 2013. The online shopping guide also gave two online sellers namely, knottycart and maniacstore. Samsung Galaxy S 4 was listed at Rs.43999 at knottycart and Rs.45000 at maniacstore. Both these online sellers also displayed a "No Stock" notice. I also checked up various other online sellers like mysmartprice.com, naaptol, snapdeal, flipkart etc. Most of these websites has displayed "Out of Stock" notice or the smartphone is not available at these sellers. The one website I came across was smartprix.com where the price of Samsung Galaxy S 4 is quoted as Rs.40,000 with the words "expected" written in brackets in front of the price. So, this is hard to believe. We cannot say if the expected price can the same or more. Let us go according to dictum "Seeing is believing". Based on this dictum, we can surely conclude that the price and availability given at kaunsa.com is reasonably good. This is what made me to order the Samsung Galaxy S 4 from www.kaunsa.com and the www.shopguide.in was the real guide for me in this respect.

I advise the buyers not to lose any time and buy it from www.kaunsa.com where the phone is presently available. Who knows when this online seller also will display the "No Stock" notice. The reviews of the Samsung Galaxy S 4 have been very encouraging. The phone has been declared by many as the 'Fastest Smartphone ever'. Geekbench 2 benchmark test has given the bench mark scores during the past few hours. According to this score, Samsung Galaxy S 4 has surpassed all the other smartphones like Apple's iPhone 5, HTC One, LG Nexus 4, Blackberry Z10 and even the Samsung's own fast selling smartphone Samsung Galaxy S 3. So grab the opportunity and go for it at the earliest.

The articles is really informative and the mobile is also consist of some unique features and specifications. Find out just visiting the bellow link
http://www.indiastudychannel.com/resources/157983-Samsung-Galaxy-S-4.aspx

Thanks a lot, Veerappan. The positive comments like this encourage the authors to write better articles. Thank you very much for the encouragement and support.