Nokia recently announced the launch of new Lumia series smartphones during the Mobile World Congress held last month i.e. Lumia 520 and Lumia 720. Nokia compared both the smartphones distinctly. They said, Lumia is the 720 best affordable Windows phone among other sets and Lumia 520 as mid-ranged and multi-featured mobile phone. 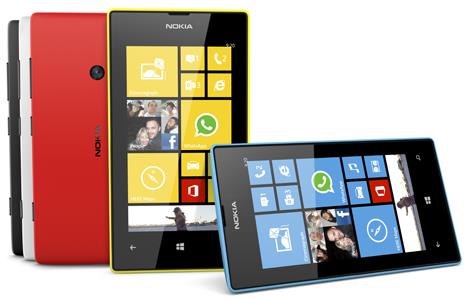 Nokia revealed that Lumia 520 will be available in the Indian market within the starting of April and on the other side Lumia 720 will hit the markets within the mid of April. Nokia placed an amount of Rs 10,500 for Lumia 520 but not yet declared the price of Lumia 720. According to the approximation, Nokia will declare Lumia 720 at 249 euros before all the taxes, that when changed into Indian currency costs upto Rs 20,000.

Nokia opens up a splash of features by intoducing Lumia 520, and the price declaration may have amazed lots of smartphone lovers. Lumia 520 runs on Windows 8 Operating system (OS). Looking onto the display of Nokia sets, it has an utter strong outer cover that protects the display from damage, so Lumia 520 comes with 4 Inch IPS LCD WVGA touch, a screen resolution of 800 X 480 pixels and a touchscreen with a quick response and amazing navigation.

And also the attractive feature is it's working of touchscreen by using nail or gloves. The view angles and the colours in the phone are totally amazing. The phone comes with an autofocus camera of 5 megapixel. Capturing quality pics is one the best thing but the LED flash technology is not available.

VGA front camera is lacking in the phone. It has 1 Gigahertz dual-core processor as used by Nokia in it's maximum brands. Playing games using high graphocs is allowed in the smartphone. It has a RAM of 512MB and is powered by 1430mAh battery.

Looking towards its body, the back cover can be easily removed and variety of coloured covers are provided to the customer in the box, so that they could change it when needed. Handling of the phone is great as it is a light weight smartphone.

Lumia 720 comes with 4.3 Inch clearback WVGA LCD display which is slightly bigger than that of Lumia 520. The screen has the functions same as that of Lumia 520 i.e touchscreen can be used by using nail or gloves. The screen is in a curved shape with a black display ensuring the protection of the display. Phone uses Gorilla Glass protection. Same as Lumia 520, it is a light weight phone and is easy to handle. 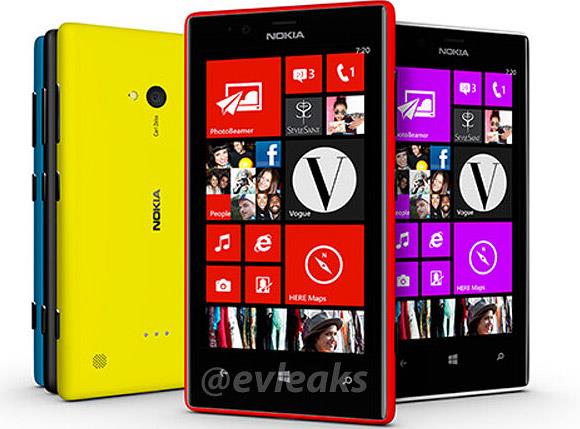 Featuring the camera, Lumia 720 comes with 6.7 megapixel camera with a Carl Zeiss lens. It also comes with front camera of 1.3 megapixels. It possesses good viewing angles with high quality pictures. Wireless charging is the main external feature about the phone and the phone looks stylish. It doesn't has an availability of back covers as Lumia 520 has. The phone also comes with 1 Gigahertz dual-core processor and is powered by 2000mAh battery.

Series of Lumia will surely bring back the potentials of Nokia once again in the markets.