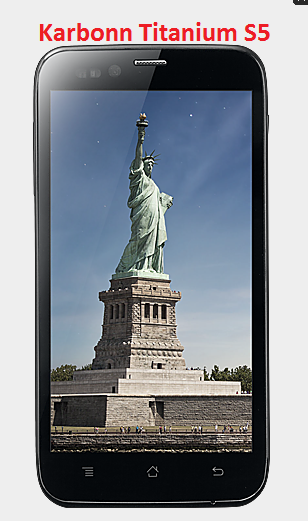 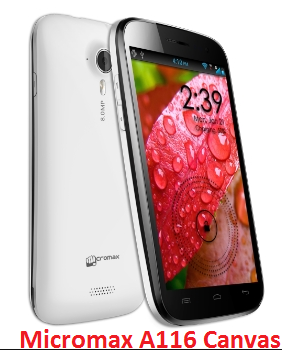 Making yet another entry into the smartphone arena, Karbonn mobiles have launched Android Titanium S5 phablet for a low price of Rs 11,990. Until now, Micromax A116 has been ruling the Indian mobile phone market. With its cheaper price and advanced specification, Karbonn Titanium S5 is going to give tough competition for the cheaper Android cellphone Micromax A116. Both the Micromax A116 and Karbonn Titanium S5 come with quad-core processor and dual sim capability. As both Android mid range premium phones are similar in features and design, tech geeks are interested to know which will be a better cellphone deal for them. Let's discuss the specifications and features for comparison of these budget phones.

Both Karbonn Titanium S5 and Micromax A116 are giving you easiest display with their 5 inch HD IPS display. Many Premium phones including Samsung Galaxy phones and iPhones use the IPS display. With this feature, both of these low price Android cellphones are providing great display features for average buyers in affordable rates. Micromax A116 cellphone has 144 x 74 x 10.7 mm size and 156 gm weight; while Android Karbonn has 143.4 x 72.4 x 8.95 mm dimension. Both the Micromax A116 and Titanium S5 look attractive with their sleek and stylish body designs.

Power and Performance of Karbonn Titanium S5 vs Micromax A116

Micromax A116 is powered by a quad-core 1.2 GHz Cortex-A7 processor, MTK MT6589 chipset from MediaTek and the PowerVR Series5XT GPU. While Karbonn Titanium S5 is powered with Qualcomm SnapDragon quad-core processor with Speed 1.2 GHz making it a power horse. Titanium S5 has a chip with four independent units to perform various tasks at the same time. With powerful processor and chipset, you can seamlessly switch from applications to applications, enjoy breathtaking download speeds and play the hottest Android games on both Micromax A116 and Karbonn Titanius Smart 5.

Both these Android smartphone are powered by 1GB RAM, 4GB internal memory and expandable storage up to 32GB. This will ensure space to keep your favorite apps and downloaded movies in your phone. 1GB Ram is quite comfortable to run any applications and play games with smooth gaming experience.

Camera and Battery
Both of these smartphones are equipped with 8MP rear camera and with auto focus feature. The front camera of Titanium S5 and Micromax Canvas A 116 HD have 2 MP resolutions. Both these Android smartphones compete with high end smartphones like Samsung Galaxy S4, HTC Butterfly, iPhone 5 and Nokia Lumia 920 in case of Camera resolution.

Micromax A116 has 2100 mAh Li-IOn battery capacity that is good enough to keep you connected all day and is the standard type used in many premium phones like Samsung Galaxy Grand. It offers 5 hours of talk time and about 300 hours of standby time; while Titanium S5 comes up with 2000 mAh Battery.

Both of these latest Android smartphones are rated as low cost Android phones in the market. Micromax A116 is a bit costlier than Karbonn Titanium S5. Karbonn Titanium is launched at a price of Rs 11,990; whereas, Micromax A116 HD Canvas launched at a price of Rs 14,000. Both these budget Android smartphones are now available on leading online stores like Snapdeals, Flipkart, and Tradus.com etc.

Top games one can enjoy playing on Karbonn S5 Titanium

Are you looking for some cool free games for your Karbonn S5 Titanium smartphone? Read out the article and get to know about the 3 top games for the smartphone.

Karbonn wins it easily with a better processor & lower cost. Besides MMX is suffering from acute supply shortage.

Keep it up Karbonn.

Micromax A116 has 2mp front facing camera, not VGA 0.3. It also have Mediatek processer. Its better than Snapdragon. Also, Karbonn mobile touch respone is not good at all. Micromax rocks!

Nice Comparison and good Karbonn S5 Titanium Review. I think the Karbonn Titanium S5 is win the rally as it is more cheaper phone than Micromax A116. Karbonn Titanium S5 is also giving tough competition for Samsung Galaxy Grand. It is very proud thing that an Indian mobile phone company is take on world giant Samsung on phablet market of India.