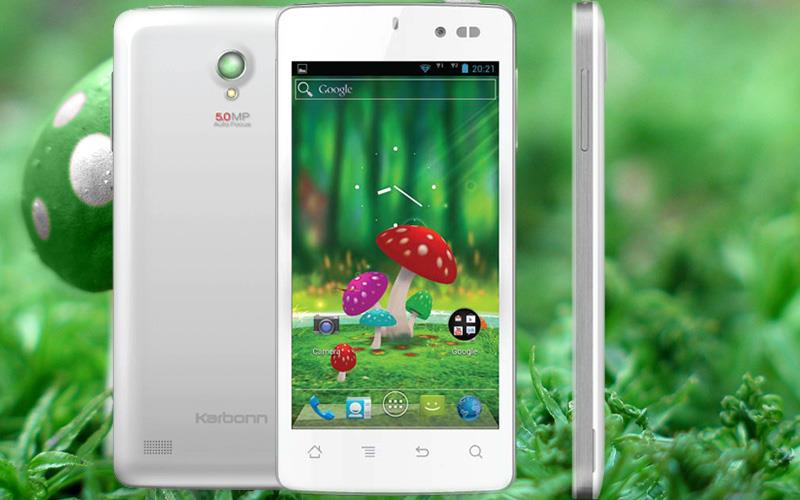 Just recently launched Micromax Canvas HD had already become an eye puller with young tech enthusiasts flocking into the e-stores including Saholic, Flipkart, Naaptol and others to pre order the device. Its most advanced specs would be the prime reason for the huge demand for the product. The success of this device has increased the heartbeats of many Indian manufacturers who cannot even think of their products move backward in the race to attain the prime spot.

When Micromax is dominating the smartphone market in India, can the Karbonn remain salient keeping fingers closed? No way! The native manufacturer is gearing up to unveil the next generation phablet - Karbonn S2 Titanium for the Indian customers.

The Karbonn S1 Titanium is currently doing good business with its most advanced specs and features which makes it an affordable phablet available in the market. The highlight of this device is 4.5 inch qHD display, Android Jelly Bean 4.1 OS, Dual-SIM GSM and 3G, Wi-Fi – 802.11 'n', 4GB storage, 5MP rear camera and 1600 Li-Ion mAh battery. Released in January 2013, the Karbonn S1 Titanium was launched in the market for Rs 10,990.

The upcoming Karbonn S2 Titanium smartphone is expected to feature a 5-inch (HD/qHD) display, Android 4.1 Jelly Bean OS, Dual SIM, an 8-mega pixel rear camera and a front facing camera. To compete with the current trendy devices, the Karbonn S2 would get 4GB internal storage which can be expanded further using a microSD card. A battery which can run the tablet comfortably for ample time could be seen under its hood.