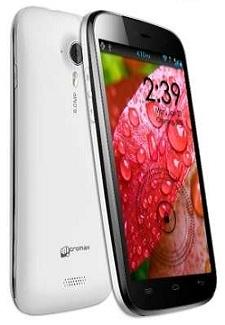 What do we know about Micromax A116 Canvas HD?

Overview of top features and specifications of Canvas HD
Micromax A116 Canvas HD is a phablet. Phablet in the sense that it is a smartphone having the features of a tablet. This phablet is running on one of the latest Android versions, 4.1 Jelly Bean, powered by MediaTek MT6589 quad core processor clocked at 1.2GHz. This phablet has a 5-inch IPS capacitive touch screen display with an HD resolution of 1280x720 pixels. It has 1GB of RAM, 4GB of internal memory (expandable up to 32GB via microSD card), 8 MP rear camera, 0.3MP front camera and a 2100 mAh battery. And there are many more features and specifications of the Micromax A116 Canvas HD which has made it an example to the world as well as to the whole of the Indian Market. With a price tag of Rs. 13,990, Canvas HD rocks the era of phablets.

Now, let's move towards our main topic, comparing Micromax A116 Canvas HD with UMI X2 and Jiayu G4 Smartphones and clear ourselves on- "Is Canvas HD better than UMI X2 or Jiayu G4?" 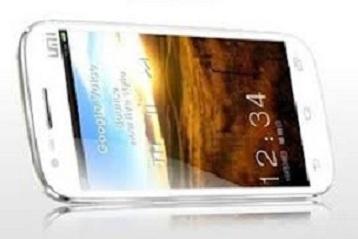 UMI X2 smells excellent. This smartphone is running on Android Jelly Bean v4.2 OS and is powered by a 1.2GHz MTK MT6589 quad-core processor with an incredible power of PowerVR SGX544 GPU. UMI X2 has a 5-inch IPS multi-touch, Gorilla Glass 2 screen display with a resolution of 1920x1080 pixles. It covers a RAM of 2GB and a high internal memory of 32 GB ROM, which can be further expanded up to 32GB using the microSD card slot provided. It has a 13MP rear camera and 2MP front camera. In addition to these features and specifications, UMI X2 is equipped with a 2500 mAh battery.

Update: It has been announced at a price of Rs. 14,000 for the Indian market and is expected to release in March.

Which is better?
The result is right in front of you, the UMI X2 is far better than the Micromax phablet. When the X2 does damage to Canvas HD with its specifications, the Canvas HD only affects the UMI X2 with its cheap price tag. Otherwise, the Canvas HD is defeated in all the other perspectives, like the processor, screen type, screen resolution, RAM, internal memory, rear and front camera pixel quality, better battery backup and much more in comparison with the UMI X2. So here, X2 is suggestible for buying when launched in India. Till then, you might have bought the Micromax A116 Canvas HD phablet.

Even though, Jiayu G4 is unknown in the Indian Market (coming soon), it is said to be running on Android Jelly Bean OS and powered by MediaTek's MT6589 quad core CPU clocked at 1.2GHz. It has a 4.7-inch OGS IPS Gorilla Glass 2 Capacitive Touch screen display. Its RAM is said to be 2GB and internal memory of 4GB or more. In addition to this, the rear camera and the front camera of Jiayu G4 are confined to 13MP and 3MP respectively. Also, it equips a very powerful battery of 3000 mAh. Jiayu G4's price tag is expected to be around Rs. 9,000- Rs. 12,000, which is a great deal.

Which is better?
While pondering upon the above written statement that Jiayu G4 smartphone with a few ridiculous features and specifications compared to Micromax's phablet, is expected to be priced around Rs. 9,000- Rs. 12,000 in the Indian market. We find a golden point to announce which is better and surely, it is the Jiayu G4 Smartphone. The only negative review related to Jiayu G4 is that this smartphone lacks the immediate experience in the Indian market, while, Micromax is a very popular and highly recommended brand in India today. So, in my opinion, the Jiayu G4 ranks better than the Canvas HD in most of the specifications, like processor, RAM, front camera and rear camera and much more. The Jiayu G4 is going to be a better buy than the Micromax's 5-inch phablet, when it will be launched in India. Till then, have a great time with Micromax A116 Canvas HD phablet.

After all, UMI X2 is a Chinese smartphone so, most of the Indian people will remain away from it, even after its release. Otherwise, this smartphone is worth much more than the Micromax A116 Canvas HD. And while talking about Jiayu G4, it is an excellent and a better choice than Canvas HD as its features and specification are awesome and are more advanced than the Micromax A116.

In both the comparisons, Micromax loses its prestige. But, the fact that there is no availability of the UMI X2 and the Jiayu G4 smartphones in the Indian Market, gives Micromax the upper hand here. So, the Canvas HD is recommended for those who like faster, superior and comfortable way of accessing anywhere with his/her smart phone. And remember to buy UMI X2 and Jiayu G4 smartphones when they are launched in India.