Today, in a live show at New York, Sony revealed the first look (console) of the much awaited PlayStation 4 (PS4). There has been a lot of gap between this new model and the previous one i.e. between the launching of PlayStation 3 and PlayStation. The gap is of several years which kept the fans of Sony under a nail biting condition by making them wait to see a new and upgraded model of the previous version. But, now the wait is over, as Sony has announced the releasing dates of PlayStation 4 i.e. it would be last during the holiday season of 2013. There is not so much information revealed regarding the details of Sony PS4 but there are really great changes made in this upgraded version of PS3. So, let us see what is new in the PlayStation 4 from Sony. 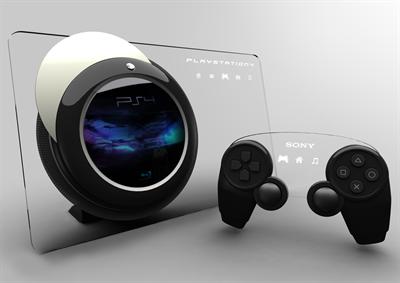 Quick review of specifications of Sony PlayStation 4
Sony PlayStation 4 is powered with the 8-core X86 AMD "Jaguar" CPU which really enhances its processing speed to give a breath taking experience. The graphics engine is the one and only 1.84 Teraflop AMD Radeon which has been recently introduced in the technology field providing PlayStation 4 a full on gaming experience by giving it the world's most smooth playback for all types of games. So, for gamers, PS4 provides a hand-on experience with the games with hard-core graphics. Sony has also introduced GDDR5 version of RAM in PlayStation 4 with a capacity of 8 GB making it more gaming friendly than any other device in the world. The storage media will be Hard Disk Drive and not the SSD as in the Sony PlayStation 3.

Features of Sony PlayStation 4
Online game streaming and downloading: This is really an amazing feature introduced in Sony PlayStation 4 which enables the users to download and play the games online by using the PlayStation 4. So, now there is no need to use the conventional methods of buying the games from the market which sometimes didn't work on it. The gamers will also be able to upload and share the game videos and screenshots with their friends and hence create an atmosphere of multiplayer gaming. You can also download the download in background when the device is not switched on. So, this is really a great device made for the game lovers to enjoy every nook and corner of the gaming experience.

PlayStation Network: This feature helps the users to use the Facebook and Ustream to share their online gaming experience with the other gamers. PS4 contains a broadcast button to allow the users to connect to Facebook and Ustream and interact with their PSN (PlayStation Network). The users can take over each others' game controls through their own game controls,thus enabling them to play multiplayer games.

DualShock gaming controllers: Sony has been always significant in introducing newer features in their new species and this time in PlayStation 4, they have introduced the game controllers with DualShock feature to help the users in overcoming the problem with the latency, inaccuracy etc and to improve the overall performance of the gaming on PlayStation 4.

In short, PlayStation 4 is a complete package for those who really love to spend their time with playing game. Sony has taken care of all the requirements to make the PS4 more user friendly by packing a lot of new features and specifications in it. All we can do now is to wait for the release of this PlayStation 4 in the holiday season of 2013 and then start enjoying the gaming experience provided by the Sony PlayStation 4.

This article deals with the interesting technique for all the PS3 users on how to connect your personal computer or laptop to your PS3 and also learn how to transfer PC files to PS3.