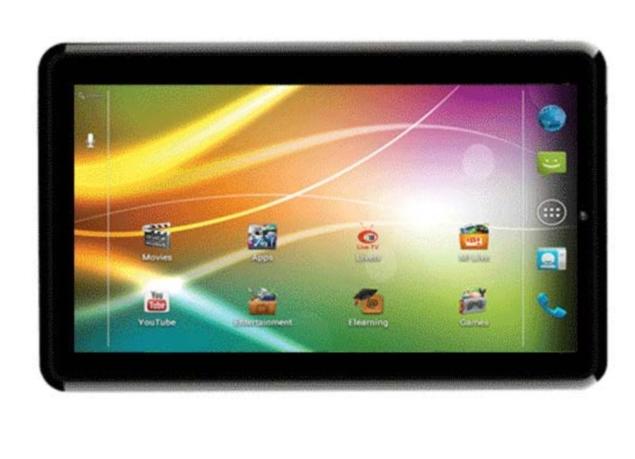 With the sales of tablets PCs climbing up for a record around 126 million in 2012, the predictions for the current year too is extremely positive considering the enormous demand for the device. According to a recent research conducted, the global sales of tablet computers are expected to go beyond 145 million in 2013. The forecast is being made considering the entrance of new firms and the affordable choices given for the consumers. Even Apple and Samsung are dominating the tablet arena in India and the home grown companies, which offer quality devices with affordable prices, are not too far from the reach of the customers.

Micromax, an Indian consumer electronics manufacturer based up in Gurgaon, Haryana, is the 3rd largest electronics manufacturer in India, having international offices which include Hong Kong, USA and Dubai. Getting the credit of being the largest Indian domestic mobile handsets company, Micromax has entered the world of the tablet industry with Micromax Funbook in 2012. Adding one more to the line of Funbook series, Micromax has launched the Funbook P600 which is currently available at Snapdeal.com.

The Micromax Funbook P600 is 7-inch device with capacitive multi-point touch screen. Powered by a 1GHz dual-core Qualcomm MSM8225A ARM Cortex A5 processor, 512 MB of RAM and 4GB ROM, the tablet runs on Android 4.0.4 Ice Cream Sandwich operating system. For internal storage, a 2GB memory is embedded within the tablet which can be expanded up to 32GB using a microSD card.

Regarding the camera optics, a 2-megapixel shooter is being spotted in the front and back of the device. For connectivity options, 3G and Wi-Fi are added, while the Micromax Funbook P600 does not support Bluetooth. The battery is comfortable of providing 10 hours of talk time, 4 hours video playback and standby time of 224 hours.

I think this is a bit costly than the other featured tabs. 9000 INR is too much for this tab. It neither supports SIM and nor the bluetooh connectivity. According to me, Micromax Funbook Infinity is a better option to go for. Its features a very high as compared to this tab except in processor and it just costs us 4600 INR. But thanks for providing such information and helping us to choose the better one.

This is a very well written descriptive article. Micromax Funbook P600 tablet appears to be a good buy at Rs.9,499. I checked up the prices at several online shops. No shops is giving any discount or offer on this tablet. All the shops are selling this tablet at the competitive price of Rs.9,499.