The problem and my Verdict 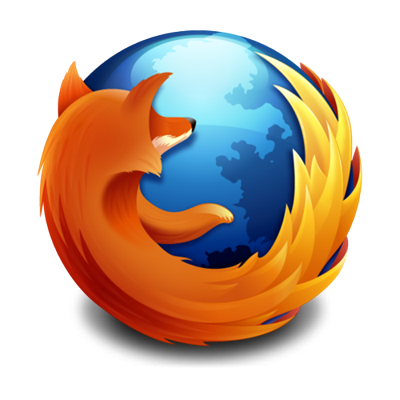 Mozilla Firefox is one of the most featured and effective browser developed by Mozilla, allowing a user to browse through internet with high-speed. Almost, there aren't so intensive numbers of cons of Mozilla as compared to its Pros. But interestingly Mozilla suffers a con that influences whole of its Pros, "Firefox is crashing".

While browsing through Mozilla Firefox, I faced its 'crashing' every day. Firstly I thought about this problem, being faced only by me. But when I searched for it on Internet, I was shocked seeing that there were 100s of forum discussions regarding this case. I read the forums, almost one by one and found many solutions which led a fix to my problem(Firefox crashing). And till now, I never faced such a problem again. Let me share the solution of this 'Mozilla Crashing' issue with you.

Troubleshooting with Mozilla Firefox: Fix the issue of 'Mozilla is crashing'

Below are some processes which will lead you to fix the issue of Mozilla Firefox Crashing. After reading and implementing the solution below, if you still face the Mozilla crash problem, please do submit your complaint to the Mozilla Firefox Support.

Process 1: Updating your Mozilla Firefox
Keeping Firefox up to date is quite indeed a proper way to fix and getting rid from Firefox crashing. Actually what happens by updating the version of software is that updates led your softwares step forward with new and more featured versions and those versions may also contain ridiculous recent fixes. You can easily download latest versions of Mozilla Firefox from Mozilla.com.

If you are using downtrodden versions of Firefox instead of latest ones, you can search for the latest updates, download and install them using Firefox's inbuilt 'check for updates' option. All you have to is to click on "Help" menu and select the "Check for Updates" option. You must note that while upgrading an older version of Firefox to latest, sometimes Firefox may disable all the possible Extensions and Plug-ins for the reason if those were likely to create issues for a user.

Process 2: Updating Extensions
For every time you update your Firefox to a newer and more convinient version, don't forget to update its Extensions. It is for making the Extension compatible and compete with the new version. Also it enhances the functioning and working of your Firefox.

Steps to update the Extensions in an new version of Mozilla Firefox:
1. Open "Tools" menu
2. Choose "Extensions" option from it
3. An extension window will appear before you. Click on "Find updates" button.
4. Now you depend on the number of updates available. If only one update is available, click on "Update now" located next to that extension. If in case more than one updates are availabe, a dialog box will appear on the screen, allowing you to install all the available Extension updates at once.

Steps to update the Extensions in an old version of Mozilla Firefox:
1. Go to "Tools" menu and select "Options".
2. An Option window will appear before you. Swich to the "Advanced" panel for better searching.
3. Look for "Check now" button below "Software Update" (a heading).
4. There from, ensure that the "My Extensions and Themes" checkbox is ticked.
In addition to this you can find Extensions for Mozilla firefox browser from addons.mozilla.org.

Process 3: Updating Plugins
Plugins can be defined as the programs loaded in Mozilla Firefox which work continuosly within it for the time a user browses, allowing an interface between him/her and the multimedia contents like animation, video and sound. So it is very necessary to keep your Firefox Plugins up to date like that of its Extensions. If you are successful in doing so always, you will not face any issue again.
Unupdated Plugins can crash your browser rapidly. It is therefore very important that the Plugin you are using must be of a latest version (updated one). Some Plugins which throw Crash errors if not updated are Macromedia Flash (Flash Player), Real Player, Real Alternative and Java Plugin.

You can go through Mozilla Plugin page or PluginDoc and find out latest Plugins.

Do you use Mozilla Firefox browser? Learn more about an interesting add-on or extensions for your Firefox browser to improve your browsing experience.

How to clear recent browser history from Firefox

In this resource, I would like to introduce the steps for clearing the recent browsing history from Firefox which would make your public browsing safe and secure.

Mozilla launches Firefox Beta for Android 2 and above

Firefox is a popular web browser. PC users love to use Firefox. The flexibility and customizable features of Firefox has made it popular among internet users. With the launch of Firefox beta, the company has now entered Android market.

Freeware have become one of the most important things in OS. It makes the computer better, faster, and easier to use increasing the features of the OS where you can use these software for essential things. Here are the top 10 most essential freeware in Windows 7.