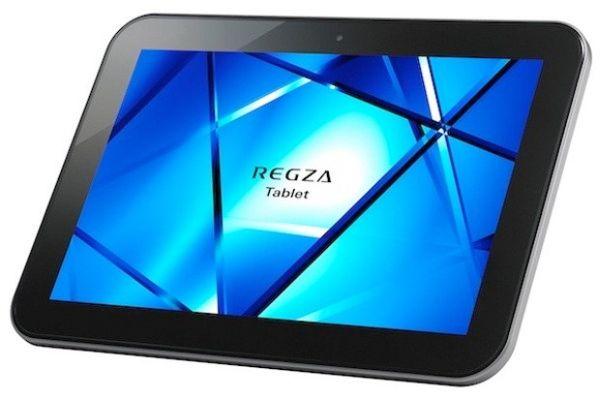 Toshiba Corporation, a Japanese multinational company known for producing electronic equipments, has unveiled the Regze AT501 a 10.1 inch tablet, for the Japanese market. With the rise in the demand for 10-inch tablets, more and more firms are concentrating on such portable devices with young users in mind. Like its predecessor AT500, the all new Toshiba tablet has got fair specifications and features.

The company, which promotes the name REGZA associated with its TV brand, is currently using it for tablets too. The prime difference that is being spotted in Regze AT501 comparing with its previous model launched an year ago is the updated OS and 3MP camera instead of a 5MP camera.

Using the company's Regza Apps software, the tablet could be a companion for a Toshiba Regza TV. The tablet can sync with the television which features HD video, 2D to 3D conversion, 3D passive technology etc.

Toshiba Regza AT501 Specifications and Features

The Toshiba Regza AT501 tablet PC spots 10.1-inch IPS touchscreen display with 1280 x 800 pixel resolution. Powered by a 1.3GHz Nvidia Tegra 3 quad-core 4-Plus -1 SoC processor plus 1 GB of RAM, the Regza AT501 runs on Android 4.1 Jellybean OS. 32 GB internal disk space capable of storing adequate data comes along with the device. The memory can be further expanded using a MicroSD card. A 3 megapixel rear camera capable of delivering quality photos and videos is being embedded on the tablet.

For connectivity and transferring data Wi-Fi b/g/n, Bluetooth 3.0, USB 2.0, wireless LAN and HDMI can be used. A battery which is capable of providing 10 hours of uninterrupted power is being equipped with Toshiba Regza AT501 tablet PC. Weighing around 625 grams, the Regza AT501 is lighter than the Microsoft Surface RT.

Toshiba Regza AT501 and Competitors

The Toshiba Regza AT501 is not the only 10 inch tablet currently riding in the market. As there are too many devices currently available with advanced features, it would be tough time for it to break the supremacy and take a leap forward. Tech giants like Apple and Samsung are dominating the tablet market with their respective devices. The dual core processor of Google Nexus 10 can take down the Regza AT501, the iPad with Retina display gives an edge over the Toshiba tablet.

Toshiba Regza AT501 Price in Japan