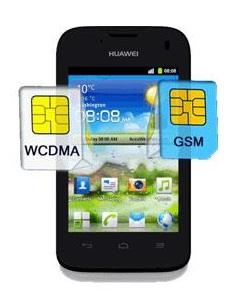 Huawei, the China based manufacturer has officially launched the Ascend G600 and the Ascend G330 in India last month. Now the latest Android smartphone to join the list is the Huawei Ascend Y210D.

It seems Huawei is very keen on expanding its Ascend series of Android phones, with Ascend Y210D being the latest addition. Recently, Huawei introduced the largest smartphone in the world named as Ascend Mate. The Ascend Y210D flaunts dual sim capabilities and runs on the Android operating system. It measures 12.4 mm thick and weighs 120 grams. It is a budget smartphone, so we can't expect high-end features in this smart device.

Let us have a glance over the features and specifications of Ascend Y210D now, below.

Display: The device sports a 3.5-inch capacitive touch screen display with a resolution of 480x320 pixels, which is very common in medium range smartphones.

Memory: The smartphone has a 256MB RAM inside and houses an internal memory of 512 MB that can be expandable up to 32GB through a microSD card. The device might lack in performance because it includes only a 256MB RAM. The company could have increased the on board memory a bit for better user experience.

Camera: Being a low cost smartphone, it comes with a 2MP fixed focus camera at the rear and there is no front-facing camera. This may be a disappointing factor for those who want to use the camera for video conferencing.

Check this out: Huawei Honor 7; A Complete Review You Need Before Buying

Connectivity: For connectivity, interestingly Huawei Ascend Y210D supports the inbuilt 3G along with some other features like Bluetooth 2.1, Wi-Fi, GPS and micro-USB for sharing data between the devices.

Battery: The phone is packed with a 1,700 mAh battery, which is expected to offer decent amount of talk time.

Price and availability of Huawei Ascend Y210D in India

The Huawei Ascend Y210D is currently available from Snapdeal at a price of Rs. 4999, which is the lowest price I have found so far. If you find any better deals, please let me know as a response below. 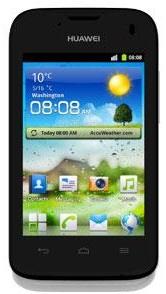 Pros: Like aforementioned, it has the 3G support and GPS features which are the highlights of this smartphone. And it also has a decent 2 MP camera which can be considered as a good feature at this price.

Cons: One of the biggest disadvantage is, it does not have a front facing camera. The major disappointing thing is its low RAM capacity (256MB) and the internal memory (512MB).


Huawei Ascend Y210D will compete with other entry-level phones from brands like Micromax, Lava XOLO A700, Spice Mi 530 Stellar Pinnacle and many more. The device has some decent features and specs at its reasonable price tag. It is worth buying who don't want to spend a lot of money for an Android smartphone but wanted to experience some basic trendy features.

Now it's time for shooting queries and placing comments through the below comment section. What is your opinion on this new budget smartphone from Huawei folks? I am pleased to have a discussion over this gadget here.