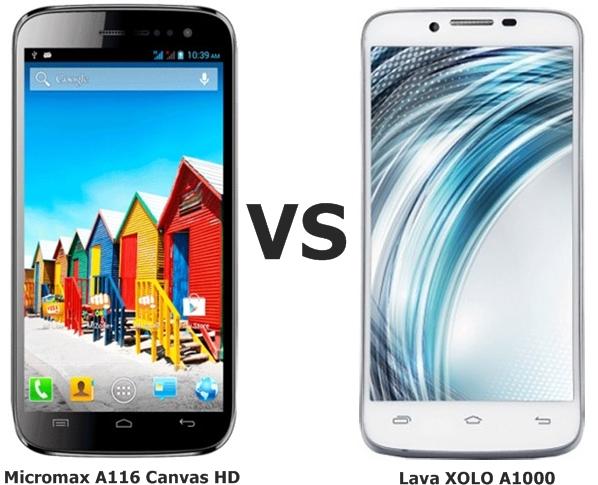 Micromax A116 Canvas HD(click on full specs to get more details) is a phone that has been the talk of the town from the last month. Not only Indians, but also foreigners have been attracted towards this stunning release of Micromax. It's just because of the most impressive hardware specs it provides for the price. On the beautiful occasion of Valentine's day, Micromax had launched this phone for sale and you will be stunned to know that it was sold out within half an hour since the booking started. The official online partner SnapDeal had displayed this in stock and sold out their first lot of more than 2000 units within just a short span of time and then became out of stock. Almost 9,000 units had been sold out within the first 24 hours. It's again in stock in the site but you will have to wait to upto 20 days after booking your order. It shows the high demand for this giant smartphone. And you will have to be alert always if you want a piece in the current situation.

Presently, no phone is able to give a tough competition for A116 Canvas HD. Though Samsung Galaxy Grand, which claimed to be a rival came up with almost the same specs, it is expensive priced at Rs.20,000 against the Rs.13,990 of A116 in India. A few other phones which were released on these days and within the same price range couldn't come up tough enough for A116. One of those is none other than the hot new Lava XOLO A1000. It's an Android v4.1 Jelly Bean smartphone which houses almost the same specs of A116 and is priced at Rs.13,999. Now, we are going in detail of the specs of both the phones to decide which one is a best deal.

Software and Hardware Specs : Both the phones are running with Android 4.1 Jelly Bean operating system but A116 will probably get an upgrade to the latest v4.2 of Jelly Bean. When A116 packs a powerful 1.2 GHz Cortex-A7 quad-core processor, A1000 comes with just a 1GHz dual-core CPU which is way away than a quad-core CPU. Both are equipped with good-quality Mediatek chipsets. A116 has MT6589 and A1000 has MT6577 model chipset. About the graphics unit of the devices, the A116 has PowerVR Series5XT while A1000 comes with PowerVR SGX 531 which is nearly equal in performance. PowerVR GPUs are good in enhancing the display and making it ready for 3D gaming etc. It also has 1GB of RAM in addition.
The Winner here would be - Micromax A116

Display : Both are equipped with bigger 5-inch IPS capacitive touch screen with a resolution of 720 x 1280 pixels. The wider screen of both the phablets with multi-touch support lets you navigate with the menus easily. A116's 294 ppi pixel density will give you crisp images on the screen and it is scratch-protected. The One Glass Solution (OGS) technology used in Lava XOLO A1000 is a good element that improves the picture quality on the screen.
the Winner here would be - Lava A1000

Camera : The primary snapper of both the phones are of 8 mega pixels HD with a resolution of 3264 x 2448 pixels and features auto focus and digital zooming. A1000 uses a BSI image sensor that enhances the quality of the images captured in low-light situations. This gives you more clear images even in the nights. A single LED flash is also there in there in the XOLO A1000. And for video calling, there is another front facing camera of 1.2 mega pixels. The primary camera of A116 features dual-LED flash with geo-tagging, touch-focus and face detection. Front camera of this device is much better, that is 2 mega pixels. It's the good choice for you if you do video calls and conferences regularly.
The Winner here would be - Micromax A116

Storage Capacity : When coming to the memory capacity of the devices, you can see that both have an on-board storage space of 4 GB and a microSD expansion slot of 32 GB. It is an ideal storage space at this price point and you cannot expect more from a leading brand. Since both have 1GB RAM also, we cannot decide a winner for this.

Connectivity Options : Another big element of any smartphone, that is the options for connectivity. In both A116 and A1000, you have got 3G, Wi-Fi 802.11 b/g/n, Bluetooth v4.0, A-GPS and a microUSB v2.0 port. There is nothing to worry here as you get the best possible ones at this cost. But when comparing the specs in depth, A116 has high-speed 3G (HSDPA) of 21 Mbps against 7.2Mbps in A1000. A116 also have WiFi hotspot tethering and its Bluetooth has A2DP feature. And both have a 3.5mm headphone jack for enjoying music. Here you should note that only A116 has an in-built FM radio.
The Winner here would be - Micromax A116

Battery and capacity - Good battery backup is essential for any smartphone. Here, when A116 comes with Li-Ion 2000 mAh standard battery with a talk time of just 5 hours, the A1000 is hitting the goal this time by giving an awesome talk time of 14 hours with its Li-Ion 2100 mAH battery. Micromax again proves that they are not ready to offer more battery backup even after hearing a handful of complaints from their customers because of poor battery performance.
The Winner here would be - Lava A1000

While concluding the comparison, you can see that there are no big differences between these two smartphones. However, we should also consider the brand value of Micromax and Lava. Micromax is popular with their low-cost smartphones while Lava is a relatively upcoming brand. The Lava XOLO A1000 is just out a few days ago and hence it is better to wait a few days until we hear the pros and cons from the users who have got their hands on it. On the other hand, A116 Canvas HD is double strong not only in the paper, but also in the markets. So, you better go for that and drop your reviews in the comment box!