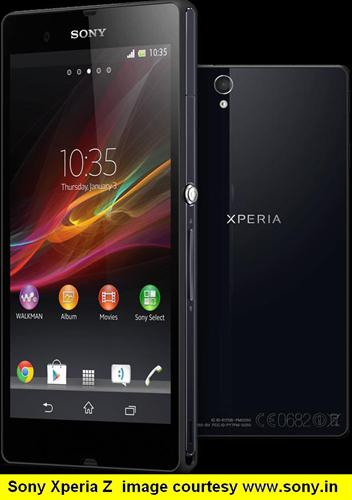 Sony is the talk of the town. The reason is very simple. Sony made an announcement about its new smartphone Xperia Z and Xperia ZL at Consumers Electronics Show (CES 2013). The announcement has created ripples in the smartphone markets of the world although the phone has yet to reach the markets except Japan where it has already been released on February 9, 2013. There are news of its being launched in the South East Asian markets soon. Smartphone enthusiasts are waiting for its launch all over the world, especially, in the South East Asian markets where it may be launched first.

The latest reports available at the time of writing this article is that the Sony Xperia Z has been made available through a Japanese online shop www.mydocomo.com and the carrier has already started fulfilling the pre-orders booked for the smartphone. However, Sony has customized the product for the Japanese market giving it a code name SO-02E. The specially made for Japan product is available with a One Seg Turner, FeliCa NFC and infrared port. There are also a few localized features for the Japanese market. Black, white and purple are the three colors in which it is currently available. Sony Xperia ZL variant will be available only in black and white colors. The Japanese buyers can straight-way buy the smartphone by checking at the product page of NTT Docomo online shop at www.mydocomo.com.

Sony Xperia Z is expected to be widely available in the European markets by the end of February 2013. Unfortunately, the phone has not yet been launched in India and as such its price is also not so far available here. However, the smartphone lovers might not have to wait very long for the same as Sony is going to launch the product in March 2013 in India. The countries to be immediately benefited by the next announcement from Sony are Indonesia, Philippines, Singapore, Vietnam and Malaysia.

Difference between Z and ZL variants of Sony Xperia

One must be wondering as to what is the difference between the two variants Z and ZL of Sony Xperia. Both Sony Xperia Z and ZL almost possess the same hardware specifications except for their look and design. The battery used in the Xperia ZL is 2,370 mAh as compared to 2,330 mAh of Xperia Z. This makes the ZL variant a slightly heavier than the Z variant. Xperia Z is water resistant and dust resistant whereas Xperia ZL does not possess these features. Xperia ZL possesses an additional feature of infrared / IrDA functionality that allows users to control the TV, cable box or any IR enabled entertainment device using the smartphone. Xperia 7 is available in three colors: black, white and purple, where as the Xperia ZL will be available only in black and white colors.

Sony Xperia Z runs on Android 4.1.2 (Jelly Bean), which is the latest Android operating system. The quad core Snapdragon processor of this smartphone comes with a clock speed of 1.5 GHz. The performance of the device is enhanced by 2 GB RAM. The 5 inches display screen is superb. The display offers fantastic visuals at 1920 x 1080 pixels resolution. Also, it has a remarkable density of 441 ppi pixel density. When it comes to smooth, easy and functional navigation, the capacitive touch screen of the Sony Xperia Z is always there to support you. It would be suffice to say that only a few models with such a fantastic power and display are available in the high computing smartphone markets of the world.

Camera & Memory features
Sony Xperia Z comes with a 13 MP resolution primary camera. This helps the smartphone user to capture images with excellent resolution. The features like LED flash, digital zoom, and auto focus of the camera enhance the image quality with a stunning effect. The secondary camera of 2.2 MP resolution is also loaded in this device which facilitates video calling. It has 16 GB of internal memory and up to 64 GB of expandable memory slot. The flagship device from Sony has good reasons to be in the limelight. It is the camera of Sony that gives it an edge over its competitors. Even the smartphone's video capturing has been compared with Samsung Galaxy Note 2 and Nexus 4, especially when shot in dark hours. The auto focus feature of Sony Xperia Z tries to chase the image better than the other two. There are very less chances of getting out of focus frames. The audio quality of the video is also comparable with the best in the market.

Media and Connectivity features
The GPS enabled Sony Xperia Z has very good connectivity features like Bluetooth, Wi-Fi, 3G and 4G. There is also NFC and micro USB connectivity. It can access multiple languages and has a high data speed for performance and fast internet access. The smartphone comes loaded with multi-format media players. These players are capable of playing multimedia files in different formats. The device has a micro USB connector and a 16 GB memory card. It is the ultimate home streaming super phone.

Special features of Sony Xperia Z
We usually hear from the mobile phone owners that their phone has stopped functioning since they accidentally dropped it in water. A very innovating feature of Sony Xperia Z, which is likely to fascinate the smartphone lovers is, it is a completely waterproof phone. It has a special coating which will not harm the smartphone even if accidentally dropped in water. The smartphone is also dust resistant. The built-in NEC chip of Sony Xperia Z will allow you to play videos on your television simply by swiping the chip or tapping the phone against it. The resolution of the 5 inch display of this smartphone equals the resolution of a 55 inches television screen. Another special feature is, it is a SIM free smartphone.


Price and availability in India and other places


Sony Xperia Z has been priced at 80430 Japanese Yen without contract at the official online store of the company in Japan. The product is likely to be released in Europe by the end of February, especially in the UK at a price of 522 pounds. At about the same time or a little earlier, Sony is likely to release the smartphone in Indonesia, Philippines, Singapore, Vietnam and Malaysia. Sony has confirmed according to the latest updates available that one can place pre-order for the Xperia Z from February 1, 2013. People booking a pre-order will be given a free set of Sony MDR-1R headphones. Sony Mobile India has already listed both the variants of Sony Xperia Z and ZL on its website. It is expected to be available in India by March 2013. Sony has not announced the price of Sony Xperia Z for the Indian market so far. Experts has guessed that the price of the smartphone in India may be around Rs. 35,000 based on its specifications. It is likely that the ZL variant of Sony Xperia may be released soon thereafter.

Although it is too early to compare Xperia Z with the competitors like Apple, Samsung, Nokia, HTC and LG in this category of smartphones, but it is sure to create a tough competition in the smartphone markets. Xperia Z has to compete with the newly launched smartphones of other companies like HTC Butterfly, Apple iPhone 5, Samsung Galaxy Note 2, Nokia Lumia 920 and LG Optimus Vu. We have to wait and watch how the market reacts to this new product from Sony. The real situation will be clear only when the phone is available in the market for the users to compare with other smartphones.

Anyways, there is one small error I noticed, you said "it would be suffice" but it should be "it would suffice" as suffice itself means 'be sufficient' so you don't have to add another 'be' in there. :)

Thank you for informing me about this error. I will take care of it in future.

Nice post but i have a question wouldn't it compete with samsung galaxy S3? You haven't mentioned it.

I have not mentioned about the competition of Sony Xperia Z with Samsung Galaxy S3 since Samsung Galaxy S3 is priced lower than this phone and has beaten all other smartphones in the world being the largest selling handset in the worlds having crossed over 50 millions sales. This record perhaps can now be beaten only Samsung Galaxy S4 which has gained an instant popularity immediately after its launch on March 14, 2013.