Iron Sky: Invasion is a video game of space simulation genre. It is developed by Polish video game developer Reality Pump Studios. The video game is based on Finnish comedy movie 'Iron Sky' which was released at the start of 2012. The game was released on 12 December, 2012 for various game platforms like Android Phones, Microsoft Windows, Mac Operating System, PlayStation 3 (PS3) and Xbox 360. 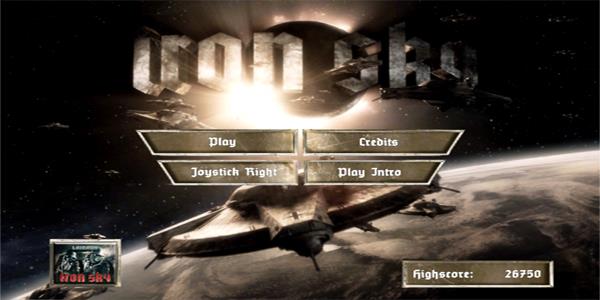 As I have mentioned above the game is based on the movie 'Iron Sky'. It follows the story of the movie where Earth is facing the fear of invasion from moon Nazis. The players in the game must defend the Earth. They have the controls of various spaceships. They can launch missiles and cannons from these spaceships to destroy the Nazi vessels. As the player destroys the enemy's vessels, it is rewarded by various rewards and upgrades throughout the game. Player can also purchase new ships and recharge weapons in their ships. The goal of the player is to protect the Earth from the invasion of Moon Nazis.

The game play of this game is really amazing. It provides the players a unique space flight and combat simulation. Players also required to use real-time strategy to go ahead in the game. Players are also provided with real-time map of the outer space which helps them in locating the enemy vessels. There are various classes of ships which a player can upgrade to, like - Fighter ships, Heavy Bomber ships, Gunboat ships, etc. There is one more interesting part of this game is transfer of energy between the engines of the ships. The game has many side missions apart from the main open world battle.

System Requirements of the game

Critics have liked the game and on an average it has received mixed reviews from various game pundits. The video game lovers should also like this game as it has all the elements which makes a game addictive and exciting. Its exciting use of graphics in the game play is the biggest plus in this film adaptation. The story-line, spaceships fights, and strategic element are also worth of praise. The game is also available for Android devices. My ratings for Iron Sky: Invasion video game is 7 out of 10.