Sometimes the default PC troubleshooting is not able to find the flaws present on motherboard. At such incidents we keep on thinking, which of the device is not working or which one needs to be replaced. I faced such incident and luckily I figured it out and solved the issue on my own. 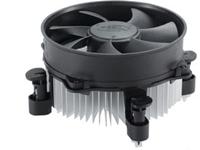 Problem of Keyboard and mouse not recognised in my PC :

One day, while working on a Desktop PC, I found that both the input devices, keyboard and mouse were not recognised and no response was shown at the output device i.e. Monitor. At first I thought that it might be a software issue and reinstalled the software packages of keyboard and Mouse. After 4 to 5 days again, same problem occurred. This time I reinstalled the Operating system and thought that it was a virus problem. But I was wrong, because the very next hour the keyboard and mouse were showing no response on the monitor.

Hence, I opened up the CPU cabinet and checked if there is any lose connection.I detached every wire connected to motherboard and connected it again. This worked for only one day and on the very next day same error of keyboard and mouse disconnect occurred. So I again opened up the CPU cabinet and saw a strange thing that my processor heat sink was heated severely. At first I thought that it might be the dust that was heating the heat sink so I decided to open it and clean it. At this point I observed that the connection between processor and heat sink became weak because one of the lock of heat sink was broken. Another interesting thing that appeared was whenever I used to place my foot on computer table, the error of keyboard and mouse disconnect took place because of lose contact between processor and heat sink. 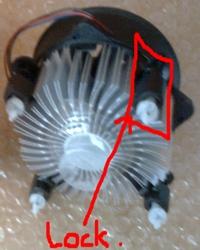 In this way I spotted that exact error was between the point of contact between Processor and heat sink. The reason behind this was that one of the lock which connects heat sink tightly on to the motherboard was broken. So I decided to purchase a lock for that heat sink. When I went to local stores found that there was no chance of getting that lock. And I was left with the option to buy a new heat sink and its cost at my local shop was around Rs. 500. So I thought for a day and decided to purchase the heat sink online. The reason behind this was that I was in need of only a lock and I just need to detach it from the newly purchased heat sink. In this way I saved more than Rs. 100 on a heat sink which I purchased online. Prior to purchase, I asked the local PC repair and the technician told me that it would cost around 700 to fix the error.

You can see in the images that I was only in need of a plastic lock of the heat sink which would tightly hold the motherboard so that processor heat is properly dissipated. But it was important to apply heat compound between heat sink and processor so as to get efficient result. The heat compound is a silicon based solution which allows proper heat dissipation between processor and heat sink. I purchased it with a mere Rs. 10.

Success in curing the error of Keyboard and mouse disconnect : 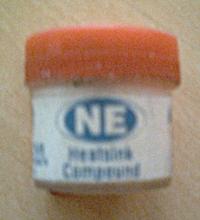 Error: Keyboard and Mouse showed no response at screen.

Problem: Lose contact between heat sink and processor due to broken plastic lock of heat sink.

Solution: Replace the heat sink lock and apply heat compound solution in between point of contact at processor and heat sink.

Conclusion: At times the input devices are not faulty and if we open our CPU cabinet then we can save our time and money as well.

Looking for a good quality budget wireless mouse? Read our review of AsiaPower's PowerClick 198 wireless mouse. Design, build quality, price and its performance review with pictures included in this review.

How to sit in front of a Computer

Many of us sit as we like while using a computer and later run to doctor saying our back/neck/hands are hurting. Visiting a doctor for such reasons can be avoided just by taking care of very simple things that I have mentioned in the resource below.