Huawei Ascend D2 is all set to hit the Chinese market. We can expect it to be available by the end of this month. The release dates for Indian market are yet unknown. The phone has some really innovative features. Ascend D2 would be released in China this month and then in Japan. It will be launched in other regions eventually. Ascend D2 has a 5-inch multi touch screen. The Super Retina LCD display has an amazing resolution of 1920x1080. Huawei Ascend D2 weighs 170 grams. It has a compact structure. 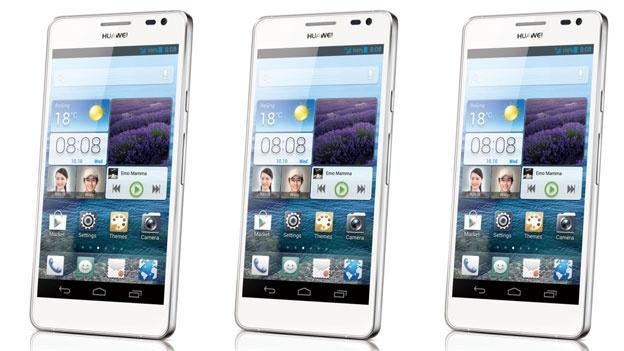 Huawei Ascend D2 has a 5 inch HD display. The Super Retina LCD display has an amazing resolution of 1920x1080. It uses Gorilla Glass for scratch resistance.

The device has 32GB internal memory and 2GB RAM.

Ascend D2 uses a 3000mAh durable battery. It gives a talk time of 48 hours and can be fully recharged in just 140 minutes.

The handset uses a processor with a clock speed of 1.5 GHz. It has 4 cores in it.

Ascend D2 has a 13 MP primary camera with LED flash and HDR mode. The features of the rear camera include auto focus, face detection and geo tagging. There is a Video playback feature too. The audio quality is managed by the Dolby Sound Technology. The sound quality is really good. The 1.3 MP front facing camera can record videos at 720p.

1. Ascend D2 has a multi touch screen. It has a 5 inch IPS LCD display with HD quality.

Huawei Ascend D2 will be released this month in China. It will be then launched in Japan. The release date for Indian market is yet unknown. The price of this device has also not been revealed.