Huawei Ascend W1 was released last week in China and Russia. It will be released in Western Europe and USA by next week. Though there is no official news regarding its release in India but going by the previous release patterns of the company, we can expect the Hyundai phone to be released here by the end of this month. Huawei Ascend W1 is the first Windows 8 smartphone by Huawei. Some of the most interesting features of this phone include 4-inch 480x800 IPS display and 5MP rear facing camera. 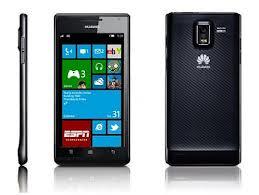 Huawei Ascend W1 is available in different colors. It has a 10.1mm deep 4-inch screen and a polycarbonate coating for support. It has a 5MP camera with LED flash. The camera is similar to the one present in HTC. The three navigation keys at the bottom of Huawei Ascend W1 make it look stylish but a bit longer than other smartphones. Huawei Ascend W1 has a micro SD slot and a 4GB internal storage.

Battery
Huawei Ascend W1 has a 1950 mAh battery with a standby time of 24 hours.

Camera
Huawei Ascend W1 has a 0.3MP front facing camera and a 5MP rear camera with LED flash. The camera has a shutter button on its right and gives clear pictures.

The price of this high-featured smartphone is around 200$. Ascend W1 was first released in January 2013 in China and then in USA and parts of Europe in February. The release date of Huawei Ascend W1 in India is yet unknown.