What is a Slingbox?

Slingbox is a TV Streaming device which enables you to watch videos, television transmissions etc. at your convenience. Slingbox is marketed by Sling Media Inc. Sling Media Inc. is involved in providing services and products related with video place shifting and other television services. Sling Media do market many products in the above said categories and one among them is the internationally most acclaimed Slingbox. It has also won the prestigious Emmy award. This device enables the users to for watching or controlling television programs at anytime, anywhere with the help of PCs, tablets, smartphones, Macs etc. with internet connectivity. 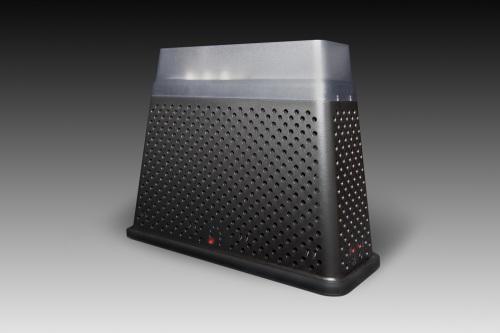 Sling Media Pvt. Ltd. is headquartered at Bangalore and is in operation in India since 2005. Details about Sling Media are available in the Official Website of Sling Media.

All about Cinerama, Distributors of Slingbox in India:

Cinerama Private Limited operational in India since 1954 are the front runners in the Sound and Projection Industry for Cinema. Later, Cinerama have entered the home theatre market in late nineties in India. Cinerama has also established specialized retail outlets viz., Cinebels for technologically advanced products across the world and they have also started to provide customized solutions for HNI's and their homes. The details about Cinebels, the branded outlets of Cinerama are available at Website of Cinebels.

Launch of Slingbox by Cinerama in India:

On January 21, 2013, Cinerama Pvt. Ltd. leaders in cinema projection and sound has announced their sub distributor deal for launch of Slingbox by Sling Media in Western and Southern India. This partnership enables the Sling Media to use the Cinerama's network over 20 cities in an optimized manner thus catering the needs of HNI's or High Net worth Individuals. Cinerama who are leaders in high-end personalized home audio and home theatre solutions, is expected to play a leading role in reaching the products of Sling Media like Slingbox in Indian homes. Through Cinerama, Sling Media is expected to tap the fastest growing Indian markets in rapidly growing cities of India. Slingbox is an unique electronic consumer product from Sling Media through which an user can access their TV programs live or VOD or access recorded programming in other devices like PCs, tablets and smartphones. Slingbox was launched during 2011 in Chennai, Hyderabad, Ahmedabad, Bangalore, Pune, Mumbai and Delhi. Both the officials from Cinerama and Sling Media have expressed extreme optimism about the future market of their products in India.

You can also read an article about Slingbox 500 in Techulator which is another product from Sling Media.

Remember the old days when you use to get the television feed through a cable or through a independent antenna. Those days have been surpassed, now everything is available digital that too through many TV streaming devices. Now we can exercise our liberty and option to select any device we wish according to our requirements. In this resource, I shall present you a comparison on 4 TV streaming devices viz., Google TV[represented by Vizio Co-Star / Sony Internet Player], Boxee Box, Apple TV and Roku LT

Do you waste several minutes on surfing channels in TV to decide what to watch? Magicbox is an Indian app that gives you suggestion and reminds you of your favourite TV shows and matches. Never miss a movie or match with this app. Read more to learn how to use this indispensable app for Television which makes your idiot box smarter.