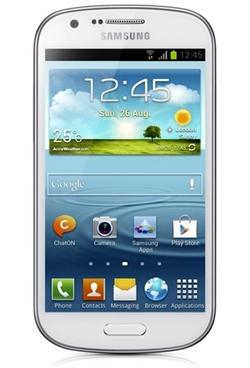 After the 5-inch Galaxy Grand phablet, Samsung is now coming up with yet another Android Jelly Bean smartphone, dubbed as Samsung Galaxy Express. The most important thing in this is the 4G LTE support. So far, only Airtel provides 4G in India and is presently available only in 3 major cities: Kolkata, Bengaluru and Pune. But 4G LTE service is about to expand to all the states in India by the end of 2013. Galaxy Express will get good number of buyers for sure and the good thing is that, it comes with a price tag that is affordable. And sometimes you may get confused with the name Galaxy Express and you may have heard of it earlier. This is because Samsung has released its AT&T version earlier, which was available only in US. Both of these two have only slight differences not only in specs, but also in looks!

And it resembles the Samsung Galaxy S3 Mini in many ways and a brief comparison between these two is given at the end of this article. It is expected to be launched in India in the first week of April. Full specs are given below.

First of all, it is a 4G LTE supported smartphone that comes with Samsung's own TouchWiz user interface. It runs on the Android v4.1 Jelly Bean OS and is powered by 1.2GHz dual-core processor. It is packed with 4.5 inches of Super AMOLED Plus capacitive touch screen with a display resolution of 480 x 800 pixels. It supports multi-touch and much needed sensors such as Accelerometer, Proximity sensor, Light Sensor, Gyro sensor and Compass are pros of this device. It is equipped with two cameras, a 5 mega pixel rear facing camera with LED flash and a 1.3 mega pixel front camera. Auto Focus, Touch Focus, 720p@30fps video recording and full HD 1080p video playback are the most important camera features of this smartphone.

1GB of RAM, 8GB onboard storage and a 32GB expandable slot are there for storing whatever you want. Along with 4G, you have also got NFC feature in this device for connecting your phone. Other available options for connectivity are 3G, Wi-Fi 802.11 a/b/g/n with hotspot, Bluetooth v4.0, GPRS, EDGE, GPS and a microUSB v2.0 (MHL) port. This phone has Java support via Java MIDP emulator for using Java based apps and games. The in-built browser is HTML5 supported. It uses a 2000 mAH standard battery for powering up the device. Pre-installed apps include the popular S Beam, ChatOn and All Share Play along with usual Facebook, Twitter, Youtube etc.

Price - Not confirmed yet, but it is expected to have a price around Rs.21,000 when it launches in India.

Similar specs in both the phones are, the Android Jelly Bean OS, Super AMOLED display (size is different) with 480 x 800 pixels resolution, 5 MP back camera, 8GB internal storage, 1GB RAM and NFC connectivity. Now about the differences between them, the selling point is nothing but the 4G LTE in the Express. Even though both have dual core processors, S3 Mini packs 1.5 GHz clock speed against the 1.2GHz in the Express. Express has 4.5 inch bigger screen against the 4 inch screen in S3 Mini. When S3 Mini has just a VGA front camera, Express has 1.3 MP for good quality video calling and chatting. Express is equipped with 2000 mAh battery while S3 Mini has only 1500 mAh. No official information on the GPU and the processor chipset.