The original game that is Temple Run one was a great hit, so now the developer has come up with the sequel which is rocking the gaming world right now and according to reports has already crossed 20 million downloads within 4 days of its release. The original was having many loopholes especially the graphic was not that appealing, but in this sequel the graphic is much better and outstanding as well. If you have got fed up with the three monkeys running behind you to chase you in the original game then here they are replaced with giant monkeys chasing you with sound of somewhat elephants in the background. The music is disappointing as it gets monotonous after sometime. They have continued with the story line of the original games.

Here in Temple Run 2 game as well the protagonist steals one of the precious idol from the ancient temple and the protector of the temple idol are behind him. But unlike the original game where the protagonist had no escape, here you have to beat your own death so that you can continue with the game. In this game no doubt you don't have any escape out of this weird situation, as you will die as soon as you are caught. So to conclude you have to save yourself from dying, then only it will be possible for you to complete the levels of the game. Temple Run 2 is not at all simple and you can try the first level to get the taste of skills required for playing it. 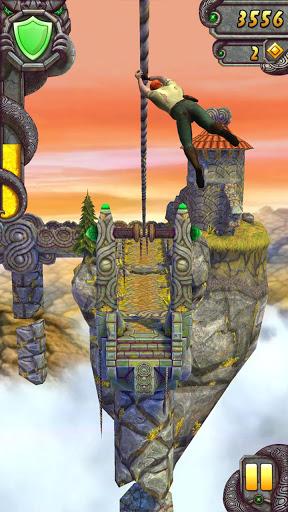 As you start playing the game, you may find the game interesting but after sometime it does get monotonous as in the case of the original game. But you will surely be addicted to the game because Temple Run 2 has a ability to keep you hooked during the whole gameplay by not letting your mind wander even for a moment. Once you are used to the game then you can surely hit the top list among your friends. Once you have played this game for sometime you will start finding this game so easy that you play this game with your one hand almost anywhere like for example in a bus or train. Temple Run 2 which will surely kill your time in an adventurous way for sure, so download this superb game to get the idol without dying in the game. 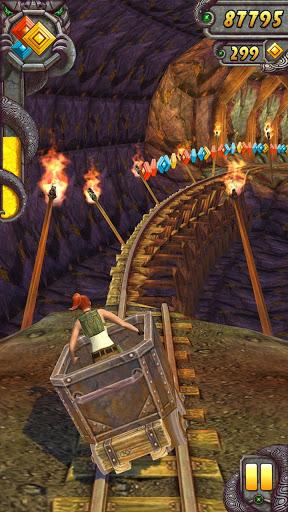 To conclude after playing the game, I found it little repetitive, but still I got addicted to it as soon as I started. So I will give this game three and a half out of five stars. 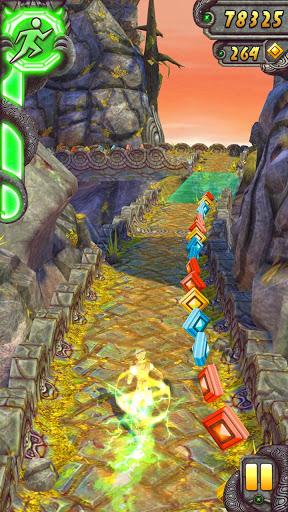 It is little difficult to complete the game so I will be giving you some tips to play Temple Run 2 so that you can play this game with an ease. Here we go:

The very first thing is that you should not worry about the coins at all. Because after sometime the game will get tough and if you concentrate on collecting coins then you end up dying very soon. Simply look out for the obstacles and automatically the coins will be collected.

Some of the power ups like Coin Magnet, Double Value and Mega Coin should be collected as soon as possible. These will give you more coins and you will be able to unlock other power ups soon as well.

Always remember to use your Resurrect power up as soon as you can, because if you die then it will not do much good for your game.

It is a good idea to jump whenever you see some obstacles, because then you will be able to see the next obstacle, but remember, see the pattern of the obstacle. It will come quick as the game progress and many of the obstacles will be passed by jumping, under it or sliding.

If you think that you are running too fast then simply trip to the tree roof or to the wall, but remember not to do it twice in short time, if you do so then the monkeys will surely catch you.

So what are you waiting for? Go ahead and download and enjoy Temple Run 2 on your device