I was in a mobile phone store recently to buy a Tata Photon+ datacard. While I was waiting to complete the documentation work, I talked to the store person which phones they sell most. I wasn't surprised to hear that the most selling phones are not Samsung Galaxy S3 or Apple iPhone but were some of the cheap models from Karbonn, Micromax and some not so popular chinese phones.

However, he added that one of the phones that has great enquiries and interest among the customers is, the HTC 8X Windows Phone. Since it is a premium phone priced on par with some of the expensive phones in India, not everyone can afford to buy this but almost everyone who is looking for a premium smartphone is interested in taking a look at this device.

I was waiting to get my hands on the HTC 8X and finally it reached my desk. The first impression by everyone who looked at this phone was 'Wow, looks cool and what is the price?'.

So, what is cool about this gadget? Let us take a look at this in detail, but here is the best prices available currently if you are planning to get one for you. The MRP of HTC 8X in India is Rs 39,999 but you can get it at much cheaper rate in many online stores like Tradus (Rs 34,449) and Flipkart (Rs 35,781). 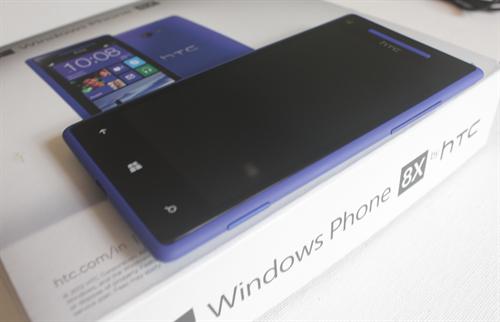 I have with me today the HTC's Windows Phone 8x and it looks great. It doesn't weigh too much and the phone is well balanced with a sleek and stylish design. The 8X has a rounded back panel and a flat capacitive touch screen in the front, giving the display the illusion of being razor sharp. Below the display is the Menu, Search and Back function touch keys, on a plastic glass display front. The display is covered with Gorilla Glass 2 which is a scratch resistant material. The display on this phone is fantastic and a definite USP for the 8X. 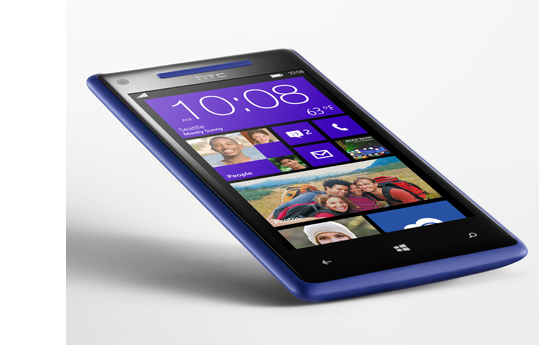 The top edge of the phone is tapered by the curvature of the back cover. Here one can see a 3.5 mm audio jack. On the bottom edge of the phone is a port to plug in a micro USB cable for charging and data transfer. On the right side edge of the phone is a volume rocker and the slot for the SIM card. HTC's Windows Phone 8X is said to be the most comfortable phone you will hold, with an intelligent design that fits perfectly in your hand while talking, texting or browsing. 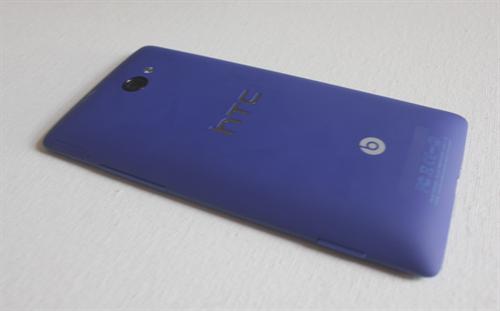 
The screen is 4.3" and capable of 720p HD display. The phone is light and weighs just 130 grams with the battery in it. It is made of reinforced Gorilla plastic for impact and scratch proof protection of the display.
The phone comes in an assortment of bright colors including, red, yellow, blue and black and looks refreshingly sporty. The display is breathtakingly high resolution and the touch function on the 8X is very responsive and precise. The phone also gives a response vibration when touched.

In the box you will find along with the phone:

This article on HTC 8X Windows 8 phone is reviewing the device by discussing it's features, specifications and current price in Indian markets. I have also included the most important user reviews, feedbacks and rating given by the buyers of HTC 8X. Read on.

Really a good written article containg almost all information regarding the HTC 8x windows phone. Can you please tell me one thing that have to inserted the images taken by yourself or you have goot them from the other sources like google. According to me, two of the above images is taken by you yourself. I want to know that whether it effects the cash and points given to the articles. Please tell me about it.

Hi Syed!!!! thanks for your response. Great hearing from a reader of my article posted on techulator.com
Syed, this was a hands on review of the Windows HTC 8X phone at Techulator's product studio here in Bangalore, so the pictures were part of an experience of reviewing the device :)
You can confirm with Webmaster on the status of cash for pictures but I would imagine self clicked images would accumulate more points Syed, but please confirm that information with Webmaster. Good day Happy Writing and all the best with your regular posts on techulator.com

HTC 8X Windows Phone is presently being sold at Rs.24,999 by one of the sellers at ebay.in. There are over ten online shops which are selling this phone in India at prices ranging from Rs.32,999 to Rs.35,799. The buyers are advised to check up the prices at various online stores before deciding to buy the phone. The comparative prices of the smartphone can be checked at mysmartprice.com