Karbonn has been releasing some very impressive smartphones as of late and is back with a surprising new smartphone that looks sleek, has great utility and is absolute value for money. The Karbonn A21 is the Ice Cream Sandwich Android phone from Karbonn that is packed with great features. If you are looking for an Android smartphone you have come to the right page, continue reading to learn more about the Karbonn A21 specification and review. 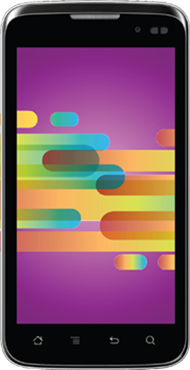 Karbonn has released its fore runner in the smartphone category with its ultra-savvy A21. From just a glance the phone is impressive with its tablet phone looks, full black finish and classy stylish exterior. The looks like a smartphone alright, and considering its low price and great value this phone looks expensive with a semi matt and gloss finish. The design is flat, with a very comfortable 4.5 inch touch screen.

The highlights of the new Karbonn A21 are:

The Karbonn A21 I am reviewing today is black, with a reflective front and matt back panel. The ear piece has a metallic grill and is located on the top at the front of the phone. The display does not have any buttons below it however the Menu, Home, Back and Search panel is at the bottom on a touch plane. The Volume rocker is located to the side of the phone along the edge panel. The Karbonn A21 is built durable despite its elegant looks.
The Karbonn A21 has a 11.4 cm or 4.5 inch LCD display. Interaction with this smartphone is an aesthetic experience and the phone feels more like a palm top than just an ordinary smartphone. The screen is capacitive touch and the display has a resolution of 480*800 pixels and HD viewing ability.

Accessories: I am taking the phone out of the box and there is a lot to see here. The phone comes with a USB charging cable that attaches to a plug that can be used as a plug point Ac charger. The box also contains a one year manufacturer's warranty and a battery along with a user manual. 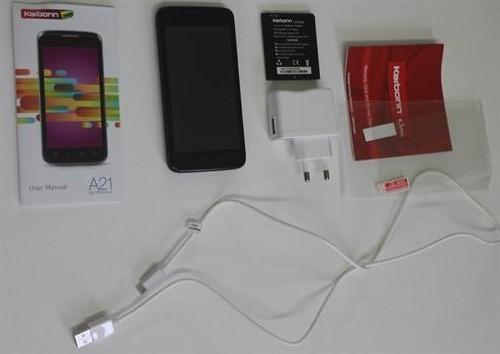 Battery: The Karbon A21 relies on a Li-ion 3.7v 1800 mAh battery which gives an ample talk time of 5 hours and a very good stand by time of up to 200 hours. That's good battery for a smartphone with such a wide screen. 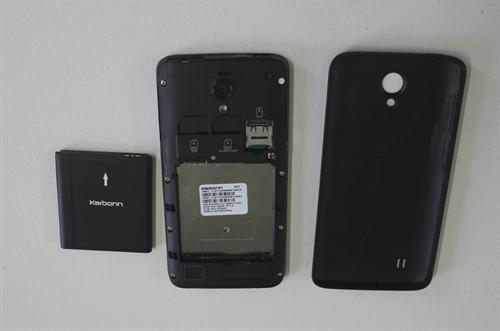 Camera: The Karbonn A21 uses a high definition 5.0 Mp camera. The camera is efficient under low light and produces some spectacular images. Owing to its amazing sensor the camera on a Karbonn A21 can take sharp images with vivid colors and tight focus. The Karbonn A21 also has a function similar to Auto focus and face detection so that you can take beautiful snaps with the click of a button.

The Karbonn A21 is smooth and efficient. Graphics are fluid and applications open instantaneously. The processing speed of the A21 is at 1.2 GHz and the phone performs well for an android smartphone in the price range for which it is available. This phone is packed with benefits at a very affordable price of Rs 10,000 but can be bought at low prices on cool offers online. Flipkart has the Karbonn A21 for just Rs9899

The Karbonn A21 is smooth and efficient. Graphics are fluid and applications open instantaneously. The processing speed of the A21 is at 1.2 GHz and the phone performs well for an android smartphone in the price range for which it is available.

Also Read: Top 3 features of the Machone smartphone by Karbonn

Connectivity: The Karbonn A21 is an internet enabled phone capable of 2G and 3G wireless internet access. The phone can also tether to a Wi-Fi hotspot or to the internet via USB. It also has an Onboard GPS which is a handy navigation tool. The Karbonn A21 has an embedded memory of 4GB and can support an expandable memory of up to 32 GB. 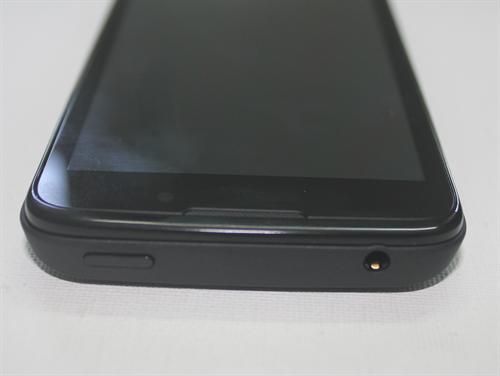 Interesting features of Karbonn A21

There are many other great benefits to this phone like FM radio with a band frequency of up to 2100 MHz and also dual cameras of 5 Megapixel and 1.3 Megapixels. Cameras are conveniently placed in the back and front where it may not get obstructed when taking a picture or while holding the phone.
Speakers are clear and located at the back of the phone. Sound is sufficiently loud. Head set jack is located to the top of the phone allowing earphones to be fitted when the phone is in the pocket. Motion sensors and proximity sensors are also inbuilt for a touch and slide gaming experience.

Karbonn recently launched the Karbonn A21, which is a budget friendly smart phone for Indian consumer market. Read the technical specification, price and a general review of this new Android phone.

it switches off by itself..:( not good.

I had brought this A21 model, two month ago & I want to know how to do video calling from this model.. can you tell me is it possible to make VIDEO CALL on this phone...

Video calling through SIM is not possible. Video call possible through internet by using Skype, Gtalk etc. It is a cheating to customers by Karbonn. Do not go for it, no video calling and worst battery back up.