Apple once again in order to please its customers has launched new sleek and compact design of MAC called as 'Apple iMac 21.5 inch'. This all new version device comes with a bunch of new hardware and latest operating system by Apple. It is also called 'all in one PC', and this type of computers makes good sales in the market. Now a days, you don't have conventional computers in which CPU was a separate device. The new version is very thin as compared to its previous versions. I found that screen of the new version is much clearer than previous versions but it is more reflective than earlier versions. So, let's learn more about this gadget in detail. 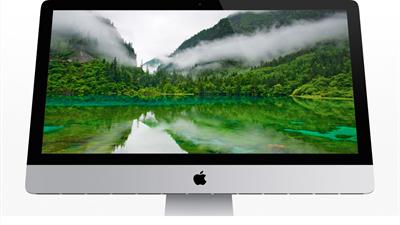 The beautiful looks of the new version tempt its users. It's a slim and compact body. Standard dimensions of this machine are Height: 17.7 inches (45.0 cm), Width: 20.8 inches (52.8 cm), Stand depth: 6.9 inches (17.5 cm). All the necessary ports like Ethernet and USB ports are provided at the back of this gadget. Now comes the processing part and here this gadget gives you 2.7 GHz speed. The processor installed in this gadget is a quad core with Intel i5 processor and has 6 MB L3 cache. This gadget comes with 8GB DDR3 RAM and has a data processing speed of 1600 MHz. 1 GB of storage space with an RPM of 5400 comes inbuilt in this gadget. This gadget will produce true graphics with inbuilt NVIDIA GeForce GT 640M graphics processor with 512 MB of GDDR5 memory.

New version of Apple Mac is fully loaded with lots of new features. Starting from screen which is around 21.5 inches, the company says that it is 75% less reflective than previous versions. But as I saw it, I found that this new screen is more reflective than the previous versions. New Mac comes with a bunch of new ports like a thunderbolt port, USB 3.0 etc., for data transfer. Apple claims that they have developed a new hard drive for this version and calling it as 'Fusion drive'. Fusion drive is capable of managing your data intelligently because it has both hard drive and flash drive functionalities. No optical drive and you have to carry all your work through USB ports. One thing which is very good is its graphics, but its credit can't be given to Apple because it has been made by Nvidia. The price at which this gadget is available, Apple is certainly not giving their customers unworthy products and this product is worth the price. 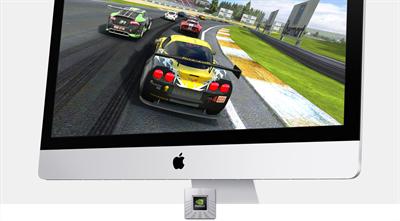 No doubt that this device is better performing and advanced than its previous versions. But in my view if any company has to please new customers, competition should not be in the company (Making better version than previous), but it has to be with other manufacturers. For instance, Asus new all in one computer is much more advanced than Apple iMac. New version of Mac has some serious flaws like no optical drive; no touch screen and the former things are offered by all leading manufacturers. Now comes the main question, what is the price of Apple iMac 21.5 inch? Well in India you can get this gadget at a price tag of Rs 60,000 and in international market, the cost is $1300.

Go through our detailed comparison between Windows 8 and Mac OS X Mountain Lion. Know what are the differences in their looks, performance and features and make the decision which operating system suits you better,

Rent a virtual a Mac in the Cloud - Review of XCodeClub.com

Do you need to use a Mac computer occasionally but don't want to invest a lot of money to purchase one? Read my review of XCodeClub.com, a cloud based Mac Virtual Machine rental service.