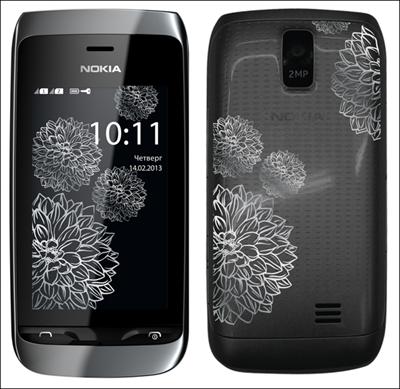 The floral pattern seen on the Asha Charme 308, 309 and 311 phones symbolize the sun as per Eastern mythology. With no change in the price while compared to its standard models, these devices can be beautiful and stylish gifts for girls for the upcoming spring holidays which include special events like Valentine's Day (14 February) or 8th March (Women's Day). Dominated by Chrysanthemums on the phones, this stylish floral pattern was wisely embedded being the first choice for top fashion designers. 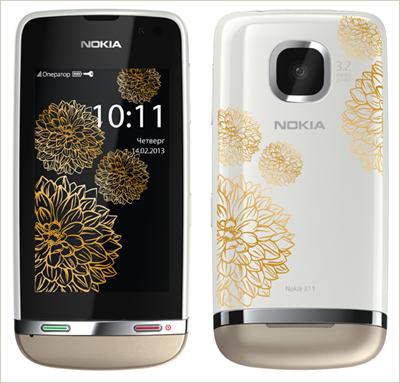 Nokia Asha Charme 308 and 309 features 3-inch transmissive touch screen display with 240 x 400 pixels resolutions. Powered by a 1GHz processor, a 2MP snapper for perfect clicks and video recording comes along with the phone. 128MB memory is being pre loaded with Charme 308 while the memory can be extended up to 32GB using a microSD card. For connectivity, GPRS, Bluetooth v3.0 with A2DP and microUSB v2.0 can be a companion while transferring data. An 1110 mAh battery capable of delivering 6 hours of talk time is added with the phone. The Nokia Asha Charme 308 and 309 will cost 4,490 rubles ($150/€110).