Solar power is a better form of energy and is relatively cheaper than conventional electricity power generation methods. The devices discussed below will showcase renewable solar energy which gets converted into electrical energy. 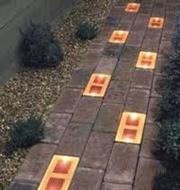 
A solar brick light allows you to lighten up your patios, decks or driveway. These solar brick lights are designed to withstand rain and if located well, these lights will work all round the year. The battery inside the solar brick light gets charged during the day time and it emits a pleasing light as soon as it is dark. This solar brick lightening system consists of a self contained and modular lightening device which can be used for decorative purposes as well. To get the various light effects on a tile or on a vertical surface, users can organize these bricks in any possible shapes so as to decorate the different areas of their residence as per their choice. 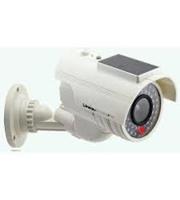 
The solar powered security cameras are built in such a way that they deliver video surveillance solutions and remote monitoring facility. These Solar powered devices are environment friendly and free of cost energy production is being carried out during the system operation. These units are a combination of security, surveillance and the solar power. The wireless technology is also incorporated in Solar-Powered Security Cameras. 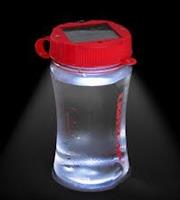 Now your drinking water and tent light will both come with the same handy bottle. The LightCap is a waterproof water bottle that can be used to carry valuables and it has an incorporated renewable lantern which works on solar energy. It basically is a solar powered water bottle which has inbuilt 4 LED lights and a battery pack as well. After charging it for 4 hours in direct sunlight, it will keep glowing for near about 7 to 8 hours. It is perfect for voyaging boat trips through the ocean, as a tent light or as an emergency light. 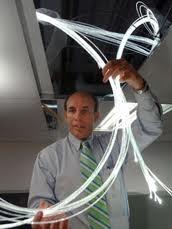 
To provide you with sunlight in your rooms without using conventional skylights and windows, a newly designed hybrid solar lightening system can help you to light up your office or home areas which are dark during the day time. The Hybrid Solar Lighting System focuses all the concentrated sunlight by means of a fiber optic bundle. These flexible sunlight bundles can easily be routed by any place within the office or home premises. 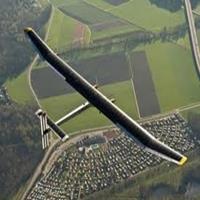 Solar powered planes can be made to fly day and night without fuel by using the solar energy. These aircrafts have a battery backup system which can power if for about 2-5 hours of flight in the absence of day light. Solar airplanes can be of great help to the military during the situations like war and energy crises. They fly high, just like the spy planes, which makes them stealthy. These small aircrafts can be incorporated with cameras and they can be used for spying purposed as they don't make any noise while flying high up into the skies. 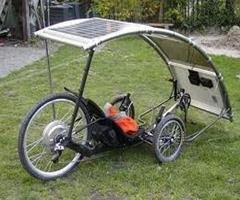 
Solar Powered Bikes are so designed that they convert the Solar Energy into electrical energy by means of Solar Panels. If the bike is not moving then the battery pack inside the bike gets charged which can power up the vehicle during the night. Such bikes are of great use for those who travel a distance of near about 40 Kilometers on a daily basis. The best thing about these bikes is that they don't make any noise pollution as well as air pollution. Hence, the solar powered bikes are best so as to save our environment.


Sharp Luminal is a thin film of transparent solar panels which is placed between two pieces of glass. It is a roof which looks like a shaded glass during the day time but it is transformed into an illuminated array of white LEDs during the night. Sharp Luminal is like a transparent battery which charges by means of solar energy. 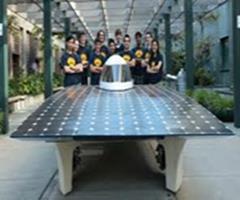 Ventura is the world's first solar powered electric car. It is a car powered by means of wind energy and the solar energy. It can run 31 miles when once it is fully charged. The weight of solar powered car Ventura is very light in weight which is mere 772 pounds.

Every opportunity to reduce carbon emissions,pollution can make this planet livable for next generation.Solar power is one of them which is very clean and profitable source of energy.
Now it's a time to stop purchase gold ornaments and instead of this start buying solar products.

Every opportunity to reduce carbon emissions,pollution can make this planet livable for next generation.Solar power is one of them which is very clean and profitable source of energy.
Now it's a time to stop purchase gold ornaments and instead of this start buying solar products.