The Western Digital Live TV streaming device developed by the Western Digital Media released their streaming device in the year 2010. The GoFlex TV launched by Seagate in 2012 has equal strength in comparison to its rival component Western Digital TV. The Co-Star developed and brought forward by the Vizio and powered by Google TV was updated back in 2011. All three of the TV streaming devices in market differ very much on their respective software on which they work on, their technical abilities, their supportive format for media contents, hardware configurations and their streaming services. Their connectivity and external features vary respectively on different grounds. Take a general look on the differential aspects:

The Western Digital Live TV contains all the general features of being the better TV streaming device among three of them. It has an supportive component video connection externally to stream videos from any external device. The HDMI output available at the back of the media player gives another advantage which can be connected to internet wired device for net access. The S/PDIF feature available to play high quality optical digital audio surround gives the product an exclusive advantage. There is one USB external data port available through which cameras, camcorders, PC / Laptop and Video recorder can be connected. In short the USB port allows any external data to be connected for streaming media files and its contents.

On the other hand, talking about the Seagate GoFlex TV comes with the feature of both component and composite video viewing experience. You can view the best of the audio viewing experience with S/PDIF technology and a commanding Stereo RCA. It comes with a media player and two USB 2.0 slots which makes it the strong among the hardware configurations. Ethernet connectivity available for external wired net connection. It surely draws much more upper hand than the WD TV streaming device. 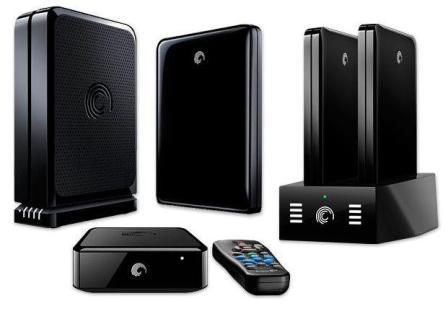 Talking about Vizio Co-Star, it has a good built up. It has a particular USB 2.0 port but only one in number, two HDMI ports available which gives the product a bit of a disadvantage. The HDMI – in port is available and simultaneously one HDMI – out port is available. The In port is connected to the satellite or external cable connector and the Out port is connected to the HD TV. The 3D decoding device is equipped with it. It has an Ethernet cable connector but does not hold well with in terms of audio surrounding. The negative aspect of the Vizio Co-Star of Google TV is that HD streaming videos are quite slow and reluctantly respond really slow to streaming files.

So overall, we can say the Seagate GoFlex covers up to expectations for meeting many features of its hardware configurations.

The Western Digital TV streaming device has a Ethernet LAN supportive connection which enables net connectivity in both ways. Further it has a Wi-Fi supportive feature, also can be connected through external Wi-Fi hotspot device. You can connect to any source file component to view your video streaming and photo updates. There are many option wirelessly through which WD TV Live streaming device can be connected to the net feature. You can use Windows pairing code to match with those of wireless internet service providers if you aren't using any Wi-Fi hotspots. Auto search to detect network cables, Wi-Fi security coded settings are the few features of the device. 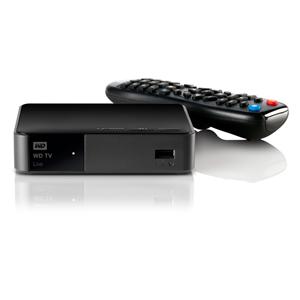 The GoFlex has both Ethernet LAN and Wi-Fi connectivity feature. You can stream contents from any storage device you have in which contents are stored in them. You can easily connect them through Wi-Fi routers in order to browse and go through the media library and its contents. There is not much difference in the aspects from that of WD TV. The only feature that stands out again in terms of GoFlex TV streaming device is its ability to stream and browse media contents simultaneously. The networking prospective is very good. You can have the best viewing HD experience from a good quality network connectivity service.

The Vizio's Co-Star Google TV box highlights a higher and moderately equal prospective than the other two. It also has all the same utilities and connectivity features as both the above have in common to them. More so, the TV streaming device is equipped with a Wi-Fi feature of 802.11b/n/g and a disappointing Ethernet speed connection limited to 100Mbps speed. The other two devices can work at about 1GB net connectivity speed to steam high quality videos are relatively no buffer time. Bluetooth is enabled in the device which is absent in the other two. Playpoint app present in the system which enables media to be accessed through the network devices easily. So even though the device holds a part of negative aspect, it has got a slight touch of higher respect in terms of network connectivity.

Talking about the technical differences, there are a lot of technical aspects such as the dimensions of the gadgets, width and height and so on. The Western Digital Live TV streaming device has an overall dimension of 154 x 198 x 31.75 mm. It has an approximate weight of about 550 grams. It has an internal storage capacity of 1 TB. Actual width of the object is 7.8 inches, height of about 1.25 inches and depth of 6.06 inches. It has warranty coverage of 3 years. It has one digital optical video output and one stereo analog audio output. Overall the technical favour a good specification for the streaming device.

The Seagate GoFlex TV streaming device has an external dimension of 4.3 x 5.91 x 1.65 inches of the entire device. The product has an approximate weight of about 0.30 kilograms. It supports both Youtube and Netflix media carrying media content videos and photos. The most disappointing aspect was its warranty coverage as it covers only 1 full year limited period warranty over its product. It has a dedicated Sync software and thumbnail creator CD-ROM enabled on its system. The actual comparison of its hardware and external technical aspects may vary according to user's configurations and settings.

While the Vizio Co-Star Google TV Box ranges 4.2 x 1.6 x 4.2 inches in external dimension of the device. The approximate weight of the device is 0.66 lbs. The device is extremely handy and compact, so can be transferred to any destination with ease. The remote workability of Vizio Co-Star is extremely good and uses a universal type design. Touchpad technology enabled for better comfort for its users. IR Blaster, Bluetooth and on screen Keyboard are few good things about the TV streaming device. It is actually one of the smart TV device enabling the Google TV feature. Users are enabled with thousands of apps through official Google app store. Web browsing experience best on Google Chrome pre-installed on the device.

Comparison on its supportability media platforms and audio integrations

There is a vast difference that ranges from each of its media supportability and its features. The WD TV streaming device streams high quality HD videos supporting files like AVI, MPEG/MPG, VOB/ISO, MKV(AVC), TS/TP/M2T(MPEG 1/2/4, VC-1), M2TS and WMV9 having video file types. The photo quality also proves that the device is no behind with its image sharpness. It supports image viewing file types like GIF, BMP(Compressed), JPEG, TIF/TIFF and PNG. However it doesn't support CMYK and YCCK picture type files. The music streaming is also fabulous keeping in mind all types of music files can be played. The supportable file types include MP3, WAV/PCM/LPCM, Dolby digital plus, DTS, MKA, WMA, OGG, FLAC and AAC. The supportable apps for the WD TV live streaming device are- Blockbuster, Youtube, Netflix, Facebook, Pandora and Flickr. You can integrate your own media library and stream contents online hrough your net connectivity. Further you can change your media player settings for different formats.

The supportability media content and features for GoFlex TV is as same as that of Western Digital TV live. The only few extra supportability features that this product provides is the FLV supportability for video streaming, and APE, WMA Pro for audio streaming capacity. All other features are similar to the other two. The entire new media interface powered by media navigation DVD like surround system enabled for HD and full screen DVBS2 technology. Since it supports majority of the codec in all the file formats, it holds an edge over other devices.

The major disadvantage that Vizio Co-Star Google TV Box hold is its very limited range of supportability that video and audio file system supports. If compared, there is very little scope for the device to be used just because it supports familiar kinds of supportability interface for individual media content. You can play full HD videos through Google TV box powered by Chrome browser. The audio interface supports MP3, AAC and WMA file supportability and has surround support sound of 5.1 channels. Video feature supports file systems like MP4, MKV and H.264 and can be viewed through high definition TV. Very high resolution streaming can be obtained. 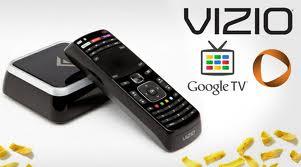 Comparison on its TV streaming quality and individual ratings

You can view HD TV viewing experience on all the three devices. Further WD TV streaming device has extra media features like sync refreshed media feature, full HD TV experience possible at 1080p video quality and a programmable remote that can work in every aspect of media playing. You can play and stream live videos from your itunes downloadable on your iPhone and iPad version. You can view Live news and analysis straight from your HD TV. Media streaming software enabled in WD TV such as DLNA, PC and Mac which is not present in the other two.

A commendable number of supreme video viewing can be experienced since it streams videos at the pace of NTSC – 480p, PAL 576p and 1080i / 1080p streaming channels on Seagate GoFlex TV. It has a good number of supportability feature, thereby making it a top contender in terms of TV viewing experience. A large TV viewing experience is made user friendly when it recorded a respectable rating for its video streaming quality.

In this article I'm going to walk you through the review of Vizio's amazing Co-Star Google TV streaming device which is equipped with a lot of new features inside such a tiny box. Read this article to know about the various features of the device as well as the pros and cons of it.

This resource will provide information on steps to identify bad sector formation in hard disk and the steps that are available to keep the hard disk clean.

When you are installing a new hard disk in the CPU there are some necessary things that has to be taken into consideration. This resource will provide you information regarding that.

Consequences of Bad sector formations in the hard disk

This resource will provide you information on the consequences of the bad sector formation in the hard disk.

How to convert Laptop internal Hard Disk in to external USB Hard Drive?

This article gives a solutions for upgrading Low memory HDD in to high memory HDD for laptop. This article contains simple procedure for converting Laptop Internal Hard Disk in to External Hard Drive. You can upgrade your laptop hard disk. Just you have to follow simple step for this practice.

Hi Sashwato, your narration is good. I see that Google TV is handicapped by the private usage feature when compared with other streaming devices which offers services from many broadcasters. Google always tries to bank on its search customers to build big. If you throw some light about how much Google TV has penetrated the western countries, it would be nice to see. But Google has a bigger advantage like the Google fiber project in Kansas city which may likely to be extended to other parts of U.S. and Europe. During such extension, Google may score top when compared with other TV streaming devices.

Thank you for your response. Will see to it. Yes Google Box TV is slowly and steadily making its way into the corporate world big time.

You can read reviews here http://21streviews.com/vizio-p702ui-b3-70-inch-4k-ultra-hd-smart-led-hdtv/