Even if the IdeaPad was not enough, IdeaPhone covered it all for enthusiastic Android Tablet users. The most iconic and stylish Tablet cum smartphone released by Lenovo this year highlights a brighter prospective for the organization in the tablet world. This gadget was currently released in Consumer Electronic Show (CES) 2013 this year and many highlights on its speculations and features drew it into the picture. The model comes with an inbuilt feature of extensive outlook and a complete myriad looking tablet that looks to outperform the Android based tablets this year. The Lenovo IdeaPhone K900 snaps and look outs reveal a sleek and trendy outfit breaking out all records for being the slimmest in the design till date for the Lenovo lovers. More so, the tablet offers a stunning range of new features and outlooks based on it's integrated operating system holding a supreme edge over the other tablets. This particular phone is an Android smartphone and indicates good features and design performance that overhauls other legious tablets in the world of tablet works. The Lenovo IdeaPad though had many versions of their back to back update releases last year, caught the eye of supremacy in the ThinkPad and IdeaPad technology releases a year ago, got an unveiling response during their brightest power punch product released right at the CES this year. The mighty sleek smartphone will hold an edge this year for winning the most stylish tablet cum smartphone tag on various consumers' reviews and analysis. It will be a realistic aspect for Lenovo over developing its next outcome of various ranges of IdeaPhones to be released later this year. 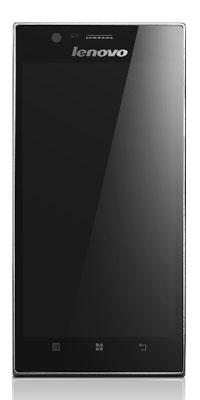 Lenovo has powerfully driven the road for its launch of the most prestigious smartphone cum tablet of the year. The Intel dual core processor tablet powered by a Clover Trail+ Intel smart processor is one of the fastest manipulation tablet released far since its ThinkPad technology. The tablet is more so a total complete package of different features, programming capabilities, faster core technology and a multipurpose tech tablet that will work as an enthusiastic performer and worker to every individual. If you are willing to take a brief note of the K900 by Lenovo, then you should read the below details that is sure to make you the best partner throughout it's journey.

1. The phone has a built up of 5.5 inch IPS – Gorilla Glass 2.0 display having 1080p outstanding colour resolution technology.

4. It works on 2GB RAM and having inbuilt storage of about 16GB.

5. Works on Android Jellybean operating system. The approximate weight of the tablet is about 5.7 ounces.

Though the launch in the current year's CES 2013 was remarkable for the tablet, Lenovo Technologies described it as a future bombshell in the coming year during its launch since the feature loaded and capacitive touch would be eyeing people's prospective with its new surround features. Although the exact features are yet to come out, but people are expecting a huge roar with the release lined up in the coming months in China followed by other parts of the countries which includes India as well. Few of its comprehensive features include the software on which the tablet is working- fast, reliable and extremely supportive to work. The actual reliability and performance during multitasking is yet to be known and will unveil the comprehensive beginning of the K900 series of Lenovo smartphones.

The Lenovo K900 will be known very much for its superiority and class along with its slimmest figure among other Android tablets released till date by Lenovo. Lenovo hinted it as a 6.9mm thin capacitive multi-touch tablet which will run on Android 4.0 (ICS) operating system. The tablet will be known for its huge multi-touch display panel having a premium metallic finish at both edges and at touch display. The biggest advantage that the tablet will be holding with its new and fast processor and a strong back up memory that many tablets fail to incur upon the development is to not only do multitasking with ease, but also implement Office friendly resources to make life simpler for futuristic professionals.

Coming to the talks of the disadvantages of using the tablet, is its extra length and weight it has added to the element of its use. Talking about its feature full performance and its new IdeaPhone Android release, the company is expected to make huge sales especially in the Northern America and Asian continent. As far as usage is concerned, there seems almost no disadvantage that back drops in aspect of working with the tablet.

The company will release the IdeaPhone K900 smartphone tablet commonly said to be a phablet will first release in China in the month of April, 2012, while the release in USA is still not scheduled. The tablet will make its second round of release in India, Vietnam, Russia, Philippines and Indonesia within next three months of release.