What is a TV Streaming device or Player:

A TV streaming player or device is a mode through which you watch television or any other transmission of audio or video which is streaming from cloud. Previously the mode of watching television was either through a cable connection or through a Direct To Home or D.T.H. connection. Those connections of the previous years have limitations in the sense that you have limited options to exercise. Also in some cases, you may not have the option to access Internet through cable. Now most of viewers are switching to these TV streaming devices from the traditional mode of watching televisions as the former have more advantages and economical in buy also.

In this article, we shall compare between the following 4 TV streaming devices viz., Google TV Vs. Boxee Bee Vs. Apple TV Vs. Roku LT. 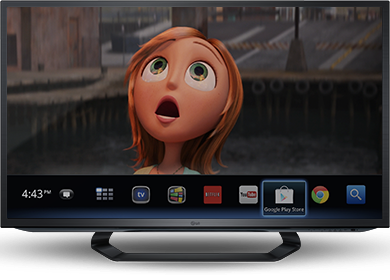 If you have conventional television sets at home, then to use Google TV, you need to buy Buddy Boxes marketed by Google which is a separate streaming box to avail the services of Google TV. The next and wise option is to buy a new HDTV wherein the built-in Google TV option is available. But, at present there are very few Buddy Boxes available in the international market viz., Vizio Co-Star priced at $99.99 and Sony Internet Player with Google TV priced at $199.99.

The above referred TV streaming devices of Google TV perform same job, but the Vizio Co-Star is priced almost half. So you need to exercise proper caution and option while choose any one player from these two. Among the two, the Vizio Co-Star seems to be a better bet and it offers the following services:


With Google TV you can integrate your satellite subscription or existing cable connection along with streaming video from Internet. This feature is not available with other TV streaming devices which we will be discussing in the later part of this article. If you select a particular program, Google TV will exhibit ways to watch it either from your cable or from the streaming device. This feature may have limitations, once you do not have any cable or satellite connection for your television. Google TV offers you access to many streaming video applications and access to Google Chrome store. Few of the offers / services you get from Google TV are: 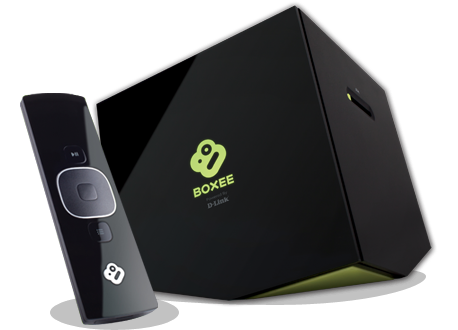 This streaming device is costlier than Apple TV and Roku LT and it is priced at $176.99 on Amazon.com . It can play any format of video or audio. It has got some distinguished features which are not available in the other streaming devices, we are discussing here.

Apple TV is available from Apple Store in international market priced at $99. If you are an ardent fan of Apple, you can use the feature viz., "AirPlay" to stream content from iOS devices like iPod or iPad to Apple TV. Access to iTunes account is also available through the set top box thereby you can watch TV shows, movies and listen to music which you already have. But if you don't have an Apple device, this feature is redundant for you. Still you can rent or buy videos from Apple TV directly. Also you can sync any TV shows, movies, music which you bought from iTunes along with other streaming services. The salient features are:

It is the basic model in the Roku's second series in streaming devices and priced at $49.99. It is much smaller in size and some of the main features are:


Rating of Google TV Vs. Boxee Box Vs. Apple TV Vs. Roku LT

If you want best buy for your money, I would suggest you to go for Roku LT. It is the only streaming device available for wide selection of channels at least price of $49.99. The negative point is that it does not offer YouTube services. It is also easy to set up and maintain. Many of the reviews say that it offers error less viewing experience.
Your next option can be the Google TV buddy box viz., Vizio Co-Star. Google TV is advanced in the sense that it offers more features than others. You have all in one like streaming video, only video games and built-in web browsing. The disadvantages are: it is costlier and if you do not have cable service, you may end up losing some features.
Your final options can be a Boxee Box or Apple TV streaming device. There may not be not much attractive features and that may be the reason they end up last in this review. The disadvantage of Apple TV is that it is limited with services it offers and Boxee Box does not have any specific feature that it may boast of.

As per the above comparison, Roku LT can be considered as the cheap and best buy for your money. Also do not forget to read my review on Roku 2 XS Streaming player in this site.

Do you waste several minutes on surfing channels in TV to decide what to watch? Magicbox is an Indian app that gives you suggestion and reminds you of your favourite TV shows and matches. Never miss a movie or match with this app. Read more to learn how to use this indispensable app for Television which makes your idiot box smarter.